– Hello, thanks for answering to our questions. What’s currently the band focused in?

Christmas 🙂 Be with the family, getting some rest for the end of the year. No, we are quite busy in doing interviews. Recording some ideas for a project I wanna get to record in the next month. And: reading reviews 🙂

– First of all, though you have just released your 4th album, I would like you to share some history of the band, as I guess some people won’t know about DARK SUNS yet.

No. Dark Suns exists for more than 10 years, if you want some history stuff, ask the internet. Everything in there 🙂

– Does the name of «Dark Suns» reflect in some way the music you are playing?

In a very general meaning, yes. But I would prefer the NO, because it was kind of  a sin of our youth 🙂 We started with this slow doom metal thing and evolved into a band more subtle in musical and emotional  issues, to get it in one point: we are not so happy with our band name today. But we will have to live with that, haha.

– As I said, your latest opus is «Orange»; how’s being its feedback so far? Is it fulfilling your expectations?

I guess we cannot say too much at the moment. Things just start by now and the first reviews are great, the release show was a great event and the fans seem to like it. Good news!

– How could you describe this new album in just a few words?

Tension. Freaky. Calming down in the right moment(s). Dynamic. Not taking everything so seriously like we did in past, maybe.

– The band has been constantly evolving as, for example, «Existence» was a more Metal album, while «Grave Human Genuine» was really complex and this new one has a more 70’s Rock sound. Was your aim experiencing this kind of changes or just something spontaneous?

We’ve always been listening to 70s music like Zeppelin, Crimson, Floyd… There are a lot. A lot of great bands, for sure. Maybe the modern influence of the heavy genre got lost a bit and so the focus seems to fall back to the older ones…maybe this way. but there is also great “actual stuff” like Red Fang, Queens…, this freaky OmarRodriguez outputs, everything with Shara Worden, Feist, Tame Impala,… Listen to these bands and you will find a so called vintage sound…. We often speak, way too much in my opinion, about SOUND. Sound colours the music, for sure. And there may is a need for a hi gain fat sound in meshugah-style music (i really love, btw), and a more dynamic lowfi one for indie stuff… but that is , once again, thinking in drawers. We have all the same problem when experiencing new bands or music – try to compare it with something you know! 🙂 If you speak about the musical aspect: harmony, structure, melodies,… you go deeper and leave the “surface of sound”, no matter about the production. “Existence” was finding ourselves in the big so called “progressive” muddy pool, were all the big  wildboars share place. “GHG” was wallowing in it as much as one can get and “Orange” may be the way out of it. Hopefully :-). 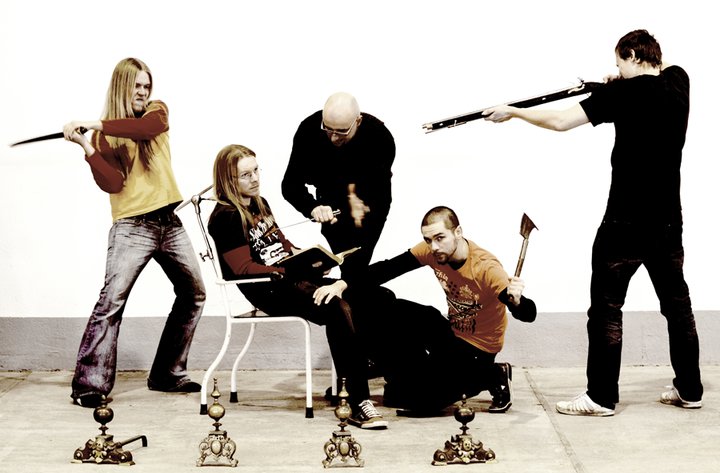 – Could you say is «Orange» your most colorful piece? As both the name and the cover artwork seem to express so.

Yes, indeed. The colour thing came to mind, when we spoke about what colour the music represents for everybody, and we concurred in orange. The music is not so gloomy like Ghg was in a way. The arrangements don’t want to build this wall of sound you can find in most of the albums of progmetal bands, Once we did that, too. Okay, Antipole in the highest point scrapes off this fact a little bit 🙂

– In fact, this time around tunes are shorter and more straight-forward; was this approach something you planned?

It all belongs together. It was no approach, of course. We had fun with doing the shorter stuff, that’s it. Hey, it is three years since we put GHG in the world and we developed as human beings. Three years in releasing a new output is a period of time where the chance to change your  interests in music, change the approach to work with music, change the way of regarding music itself, change the wish what to express with music and also change the way of playing music live is much higher, of course. Maybe simply that happened again.

– Due to this neverending evolution I would like to know how the songwriting process tends to be like for DARK SUNS.

As I mentioned before everything was quite intuitive this time. No bigger discussions about the “how”, in the beginning the “what” was the only important thing. In that rehearsals we collected almost all material in 3 or 4 bigger sessions of about 3 days. Later we did the arrangements detailed and made the band thing out of it, but song structure we almost never touched again.

– Many progressive bands are lately taken a more rocker direction, as PAIN OF SALVATION just to name one. Are we living a good moment for this music style?

I don`t care for that. Really. I don`t like their latest works, to be honest. Great band even so. But my interest got lost years ago. I know that the name often falls when people talk about our band. I just don`t get it. Look at the music, it is miles away from POS stuff. Orange is far more dynamic oriented, not so much vocal-focused as POS have always been. Don`t misunderstood me, Niko did a great job but the energy was always there and the vocs have found their way to do the right thing at the right moment in relation with what the lyrics deal with. My opinion. 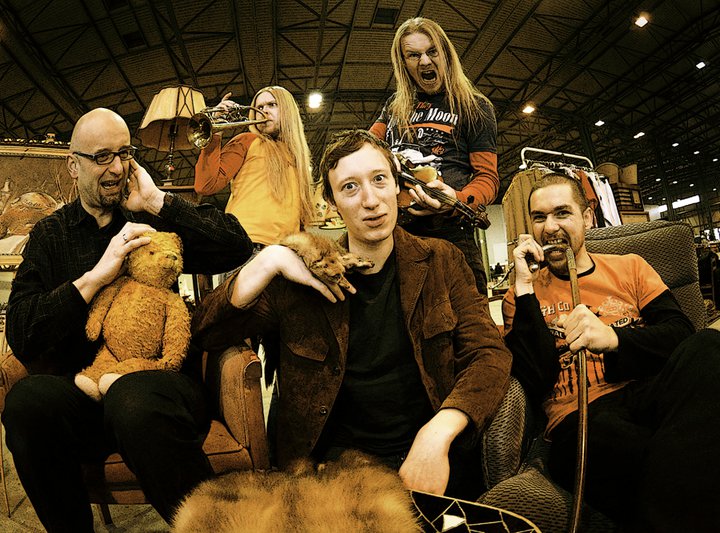 – Anyway, you are always mixing details of different music genres so; what are your main-musical influences?

At the moment? I can only speak for myself, I dare for Shara Worden’s works with My Brightest Diamond, I admire Bon Iver, Feist is great, Bat for Lashes have done a great record with “Two Suns”, Radiohead are great as usual, Red Fang got my interest for Stoner Rock again, Kurt Rosenwinkel lets me practice this jazzy stuff again and again, … this just came to my mind. Tomorrow I’d probably name a few other ones.

– Finally, what are the band’s near-future plans?

The stage. We have a 2hours show in a 8 musicians line up with horns, too! We are fit than never before, Niko concentrates on the vocals and is doing fine this way. We have a great guy on the drums, who can play everything. Get in touch with us if you want us on your stage!!! Just write to booking@darksuns.de for gig offers.

–  That’s all from our side, thanks again. Now feel free to add some final words if you want.

A merry Christmas lately to all of you! Get in contact with us for booking. We need to get on the stage and wanna realizer a little tour in march next year. If you have a club, write to me! Cheers.