– Hello and, first of all, thanks for taking your time to answer to our questions. How’s everything going after having released your first, or new solo album?
I’m relieved that this album is finally out and I’m very pleased with the response. I actually did a solo album over ten years ago, but I choose to call devil’s drum my debut album cause this is a totally new thing from what I’ve done before.

– First off, what have your former and other bands given you that you are incorporating now to your solo career? Not just in music terms, but experience-wise.
I gained a lot of experience from my previous bands that made it possible for me to do this on my own. I’ve recorded around 15 studio albums with different bands and I’ve learned new things from each album.

– «Devil’s Drum» sounds and feels different to everything else you have done before. How did this solo project born? 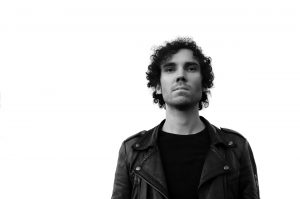 I wanted to do this for quite some time and in 2018 I realized that for the first time in many years I actually had the time to do it.
One of my main goals with this album was to create something that was new to me and show another side of my musicianship. It would have been pointless to do a solo album that sounds like other bands I play with.
The idea of this band is that I should be able to let out all of my ideas with no limitations.

– THE ESCAPADES was your first solo adventure but again, the music in «Devil’s Drum» is pretty different, is it another entity? Is THE ESCAPES a closed chapter?
Yeah you’re right! The escapades album is something else, and also, I was so young when I made that album and can’t fully relate to it today, so that’s a closed chapter. However; I’ve been thinking about picking up one song from that album to play live in a new shape. We’ve actually took the outro from that album into our live show already.

– «Devil’s Drum» seems to draw from different influences, not only musically. Where do these inspirations come from? Other bands, books, movies, experiences…
The songs on devil’s drum are quite varied in style, there’s a wide spectra between the soft and the heavy. However; I wanted to create an overall dark mood that is the red line throughout the record. The lyrics have their certain style that also binds the songs together.

– This makes for a diverse album yet cohesive. Is cohesion something you strive for? How do you obtain it?
There were times during the making of this album that I was worried the outcome would be too diverse, but in the end it turned out great I think. The album is very varied but still coherent which is important to me.
Again I think the lyrics and the overall mood is what binds it together.

– After doing (pretty much) everything on your own for this album, what are the pros and cons of this way of working?

The upside of it is that I get to take the decision on exactly everything and I don’t have to compromise one inch. The hardest thing for me have been the pressure I put on myself in the studio. Sometimes it’s good to have someone who can tell you that you’ve nailed something and that it’s time to move on to the next take. 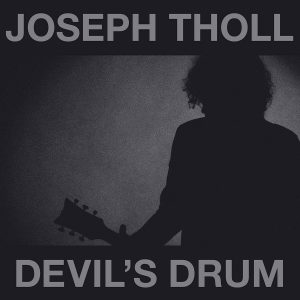 – It caught my attention the opening track «It’s Just Rock n’ Roll» but not because of its sound, rather for that sense of irony. What’s the significance of this track?
Yeah this song is basically about defending your passion in life that makes you go around, whatever it may be. Choosing to go with your own beliefs rather than what society expects you to do. So what I actually mean by that title is that what I do is not just rock n roll to me, it’s a passion that I need to keep me going. Furthermore; this album is not just a rock n roll album as it has lots of elements from other genres, so that’s also part of the sarcasm in the title.

– In fact I think this is a very visual project which seems to have a specific imagery. Were you aiming for this sense of wholeness?
Indeed yes. I always write music to the scenery that I have in my mind, and especially with this album I wanted to create a certain mood that flows through the album.

– It also seems like you focus a lot on lyrics. What do they deal with or what do inspire them? And how would you define your writing style? Lyrics seem to use a lot of metaphors and other recurring literary figures.
The lyrics usually tend to turn out a bit dark. I always keep a certain place or environment in my mind while I write, that keeps my imagination flow better. Many of the lyrics deal with some kind of surreal adventure, and sometimes it’s based on real life experiences but then put into an imaginary world.

– Something else that caught my attention was the loud bass in contrast with the «fragile» or «soft» nature of the songs, thus providing a solid amount of heaviness. Was this how you envisioned the bass sound?
Indeed. The bass sound was one of the first things I’ve decided for this record even before I wrote most of the songs. On this album the guitars and piano focuses a lot on mood and melody rather than heavy riffs, so I felt that the distorted bass had a lot of space to do the heavy job.

– In fact you have recorded the album yourself. Did you get the result you were looking for? Did you have a clear picture of what you wanted to get with this record?
I’m very pleased with the outcome, I think it sounds great and Robert Pehrsson really did a great job on the mix. I did preproduction on most of the songs so the idea was pretty clear when we went into the studio to record it for real. 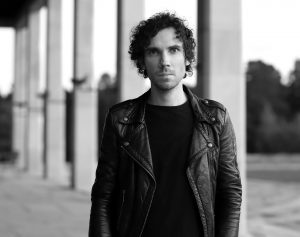 – As for guitars, you don’t seem to focus that much on riffs rather than on melody but, what would you say is the trademark element of «Devil’s Drum»?
You’re right. I think my voice is the trademark on this album, and also the songwriting and the lyrics, that’s probably where I express myself the most. The guitar is a fundamental part and a very important tool for me, but I’m not a virtuous and much more of a rhythm guitarist.

– All this about «Devil’s Drum» being said; how oculd you describe it in just 3 words?

– And finally, what are now your near-future plans? I read you’ll maybe come to Spain early next year with VOJD, what’s in the plans?

I’ll be playing live as much as possible! I have a few shows coming up as Joseph Tholl, and I’ll be on the road with my other bands as well.

– That’s all from our side. Thank you once more for answering to our interview. If you’d like to add some final words; feel free to do it.

All right thank you very much for digging into devil’s drum.