1- Hello, thanks for answering to our questions. What are you guys currently up to?
We just played a California fest called Legions of Steel Metalfest. Now we’re finishing mixes for a 4 song split dedicated to our late friend Jim Konya with his band Spawn of Satan. It was first planned after he brought Insanity to Cleveland during a tour of dates in the U.S. Northeast and Midwest. He went above and beyond in booking show and taking care of us and this will be how we can honor his memory.

2- First off, could you make some history of the band?
We started in 1985 and pioneered the use of the early blast beat in technical death metal. After recording a live demo the band gained worldwide recognition in the underground tape-trading scene after getting high praise in countless fanzine reviews and with bands like Carcass and Napalm Death mentioning Insanity as an influence. After playing some amazing shows with Death, Sacrilege, Possessed, Ulysses Siren and more, the future looked very promising. But that’s when the first string of major setbacks occurred, most notably our original vocalist/guitarist and co founder Joe DeZuniga dying from a rare heart virus 2 months before Nuclear Blast wanted to sign us in 1987. The first album Death After Death came out a few years after reforming but the label went under making it a collector’s item. Eventually the band regained some momentum after Napalm Death covered Fire Death Fate on their Leader’s Not Followers vol. 2 release and the compilation From The Grave came out with Relapse and Listenable doing distro. After playing a raging set at Murderfest 3 in Hollywood after original drummer Bud Mills the band started to work on a 2nd full length release but he ended dying from cancer in 2007. After a break the band reformed again and started touring more as well as writing again. Now the Visions of Apocalypse album is finally coming out and we are starting to get things moving in the right direction.

3- How could you describe your sound?
Intense, heavy, aggressive, technical, killer riff oriented death thrash with well written changes and cool slower parts to mix in an original sound with enough variety that songs have their own unique character within the Insanity style.

5- How is the feedback for your new album being?
Very positive, it’s cool hearing from reviewers that like the riffing, solos, and other elements. Especially if they know something 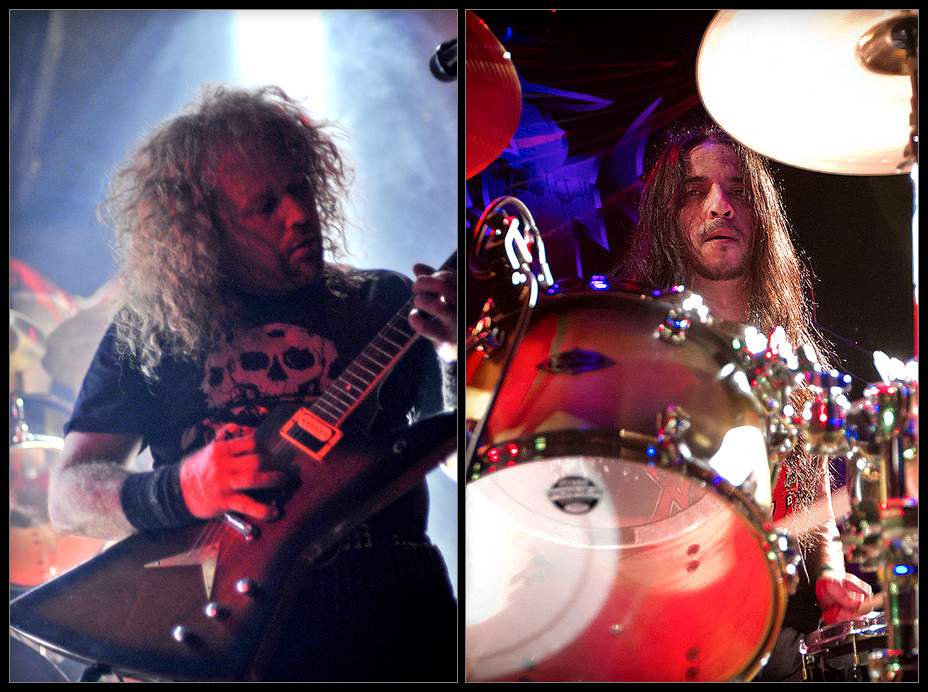 about the bands history and role in the evolution of extreme metal from the mid 80’s.

6- And are your personally satisfied with the final outcome?
Given the circumstances yes. It wasn’t a particularly good time for us personally though and would have done things differently if we could have but we’re happy to have been able to get it done.

7- How could you describe this opus in just 3 words?
Hard to narrow it down but I guess Deathly Thrashing Insanity!

8- How has the production process for your new release been?
Since we were changing band members and had personal events going on making schedules unpredictable, we did most of the tracking ourselves (since I was an audio engineer in a studio). Then the tracks were sent to producer Juan Urteaga who mixed and mastered the album.

9- And how do you use to work on the songwriting?
We don’t have a set process we try to repeat but latey I’ve been working on writing riffs first and then match up a few that go together well. If lyrics are written, I write around the vocal parts if not I’ll try and write riffs for verses and choruses since I usually have a few technical riffs going.

10 – Finally, what are you near-future plans?
First off finishing the split with Spawn of Satan. Besides a new compilation possibly in the works, we’re recording a demo of new material as we’re getting closer to having enough songs for the next full length release. We like to start touring overseas as well.

11- That’s all from our side, thanks again for taking your time to answer our questions. If you now want to add some final words; feel free to do it.
Thanks for the support! Go to insanity-metal.com for more INSANITY!
www.unspeakableaxerecords.com