– Hi, thanks for your time. What are you currently up to? How is everything doing right now with DR. LIVING DEAD?

Hello! Yes, we are releasing our second full length in november! how about that?

– First off, could you please share some history of this singular band? As you are quite new and have just released your second album. 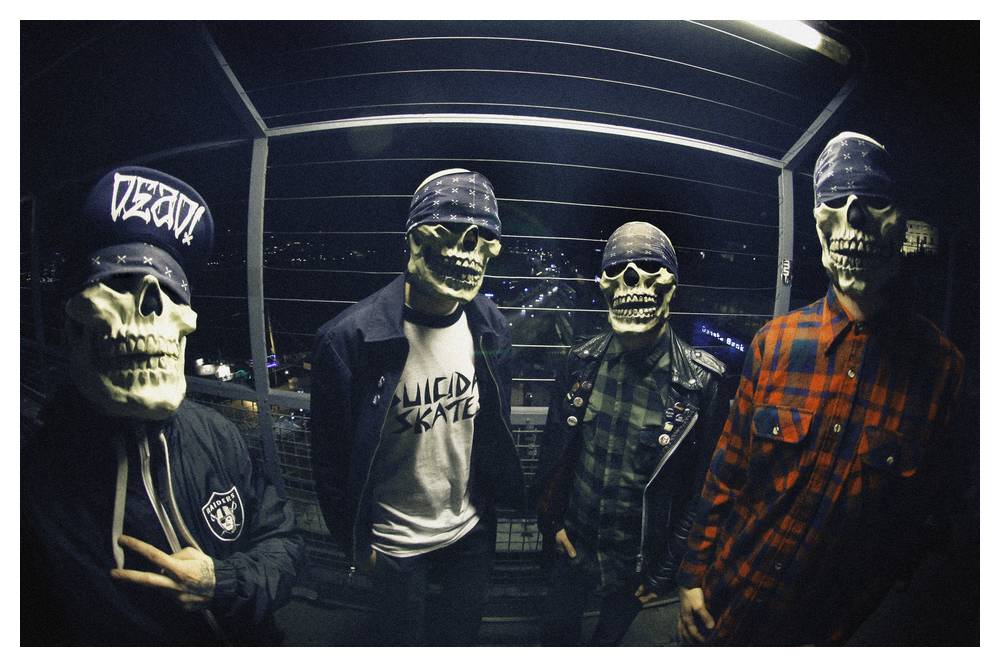 This band started a few years ago as a 2 man project. It was me (dr.ape) and dr. toxic. we recorded a demo with basically no budget and after that it spread through the internet and across the world. shortly after 2 demos we did a 3 week DIY tour in Brazil, which was beyond crazy. Insane response with a lot of fans we did not know about really. We shortly after this supported Slayer at two dates in sweden. After this we basically played as much as we could and started recording our first full length together with Fred estby.

Later we Supported Evile on their european tour and directly after that recorded the second album which is the one you will be holding in your hands in november this year.

Dr.Living dead is an anti-hero character made up by me. First it was more of a small joke and later we found out it worked perfectly with the music and the theme. Basically the music lyrics has a lot to do with this character.

– As I said, you have just released your sophomore record, «Radioactive Intervention». How do you approach this new effort? Are your expectations higher than with your debut album?

This album is better than the first. I think we all agree on that. Better songs and sometimes even longer.

The last one was about 36 minutes long with 16 songs. This one is 38 with less songs. I guess we worked our asses of to make this one more interesting and powerful. The first one was more based on the old songs. this time around we had time to really focus on new stuff and polish it more.

– I think your first piece was more like trying a bit and start to build your essence, and with this new opus we can see DR. LIVING DEAD on new heights. Could you say this record reflects better what you (and your music) are all about?

Yes, I think so. Well, the debut album is not bad in any ways, it’s just that this one has been worked on much more.

– Surprisingly into the style, this time we can also find lenghtier songs such as «Dead New World» or «Hiding Inside of Me». Were you consciously looking for longer songs or the songwriting process is just something spontaneous?

We just write songs that we like. If a song ends up being 10 minutes long, that is fine, as long we like it and feel it has that dynamic feel we want to create. I think we wanted to show what this band is today. In the beginning there was just twi of us. now we are 4 and al of us have been working hard together in the writing process.

– You have always had a really 80’s sound and feeling, being hard to believe you guys are a young band and that are hailing from Sweden, as you also have that US flavour. Due to this I would like to know what have been the most influential bands for DR. LIVING DEAD. 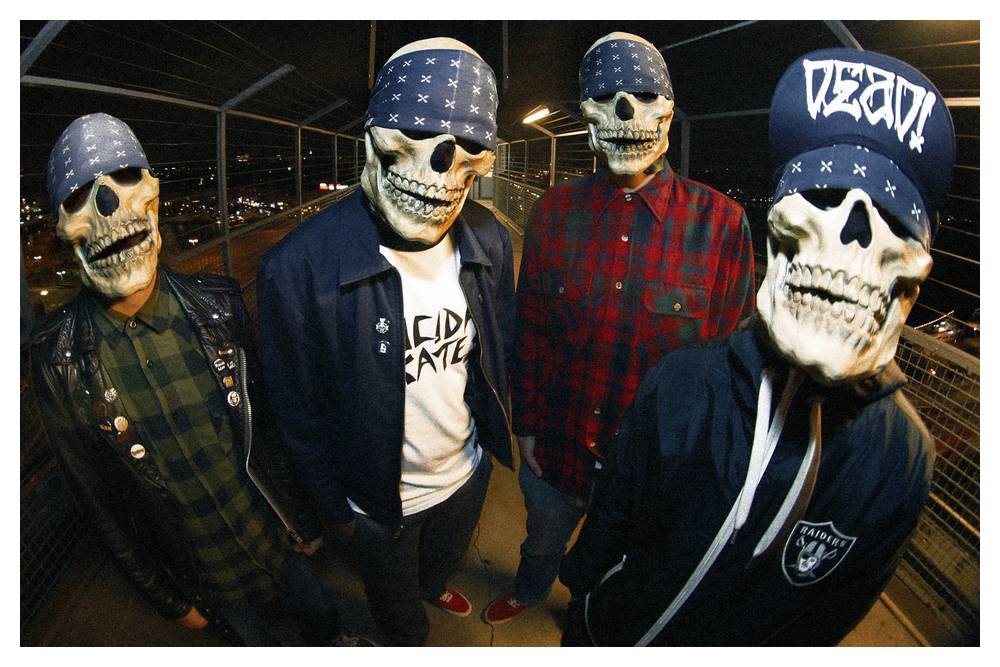 – Even the artwork (which, by the way, is simply superb) has that 80’s vibe. Would you mind to tell us what did you want to reflect with the cover and how did you work on it?

– All this about «Radioactive Intervention» being said; how could you describe it in just 3 words?

– As I said, you are hailing from Sweden, where it seems to be a big hype for extreme Metal, quite popular out there since the 80’s/early 90’s. Due to this I guess it’d be easier for you to stand out or is it maybe harder to get more recognition?

I don’t know if it is easier for us to stand out because of that. I really don’t know. I guess we just do what we do.

– And, are there any Swedish bands playing a similar style to you worth suggesting?

Hard question. There was this New wave of thrash bands in sweden a few years ago, but it died out really fast. We were on of those bands but we never stopped or changed style. There was a lot of young bands playing thrash but never really the kind of stuff we are into, like the old venice stuff. Good bands from Sweden? Well, «Hårda Tider» from malmö and «Undergång» from uppsala are the ones i like. Check them out.

– Finally, what are your near-future plans?

First of all! releasing the album in November. Spread it all over the world and…preparing for world war nine.