– Hello, thanks for taking the time. How is everything going right now with DEADHEADS? What’s going on right now into the band’s camp?
Answer: No problem, thank you for your time. It’s good, we’re releasing our new album Loadead in eight days. We got a short tour in Germany comming up in the beginning of next month and a release party in our hometown Gothenburg.

– The band was formed in 2012, earlier this year you rereleased your debut album, “This Is Deadheads First Album (It Includes Electric Guitars)” and now you have just released your sophomore album, which is quite a lot of activity. How have these years of existence been for the band?
Answer: Good, we are all around 30 years old and been playing in different bands since we where kids. I guess we know from experience how to work things out music and band wise. Of course we have our inspirational ups and downs like anyone else. But we are effectiv and can work under pressure.

– What kind of studio and live activity have you had?
Answer: We have been working with two different studios so far.  We recorded and mixed the first album at our friend Rickard Hallins studio in Gamlestan(Gothenburg). The second upcoming album was mixed by Rickard Hallin at his studio but the recording took place at another studio called «Scola», with another producer named Kristoffer Ragnstam. We play live mostly in Sweden and Germany, but so far we have also been playing in Spain, San Sebastian, Norway and Holland.

– In fact your debut album was released with a small Spanish label called Ghost Highway. How did you end up with them?
Answer: Marco who runs Ghost Highway is a true energetic rock enthusiast. We started talking in the beginning of 2013 and decided to release some 7 inches, and one thing led to another.

– And how has the reissue with High Roller worked? As they have a much bigger distribution.
Answer: Great, they have put a lot of effort in our promotion. They let us do basically what we want and we find them very easy to work with. It’s of course also very nice with a good distribution. We want more people to discover the energetic rock n roll of Deadheads.

– Your new album is entitled «Loadead», which seems a nod to Lou Reed, is it? 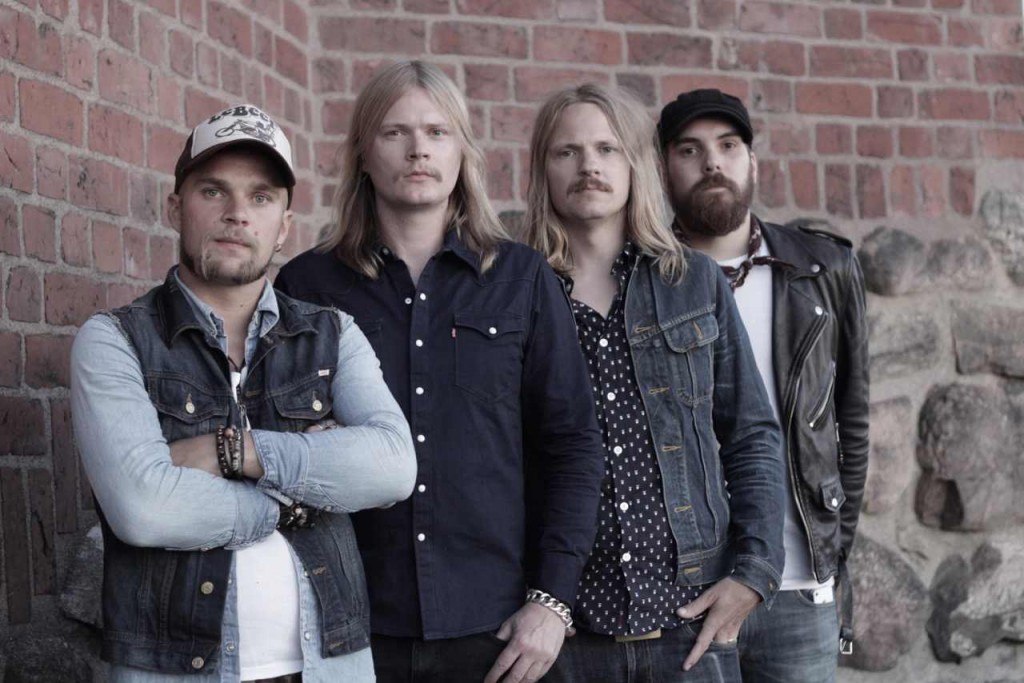 Answer: Yes, or it’s refering to a story with Lou Reed. Our Producer «Krippe»-Kristoffer Ragnstam (a man of many stories) told us one day a story about Velvet Underground: Way back in the seventies, Lou was listening to the mixing of their new album. He thought it was so loaded with hits that he wanted to name the album Loaded. Deadheads new album is filled with Deadheads-hits so it’s called Loadead.

– As your debut album, it has a lot of musical diversity, so if you don’t mind I would like you comment a few tracks. The first one I’d like to know a little bit more about is «Out of Here», which I personally think has a certain Surf touch on guitars. Is this just my perception?
Answer: haha, I have not though of that actually, but you might be true. I remember that we tried something different with the bass sound, to get it more crunchier but nothing special with the guitars. There’s some slide guitar on the chorus, that you might be thinking of. We wanted to give the chorus something more and different apart from the rest of the song. I remember singing the melody(for the slide) to Rickard as he was in the middle of recording the guitar solos for «Out of here»,  asking him to translate it to slide guitar melodies. He did a great job, as always.

– Then «Empty Howles» has a strong 70 basis, as most of your tracks,but also some 60’s elements. How did this song born?
Answer: yes, it’s kind of a more bluesy tune. I sat down one night, listening to the early live recordings with Fleetwood Mac. Got heavily inspired and picked up my guitar. I showed the guys this song the next rehearsal and we decided to go with it as a more slower tune for the album. We put some organ there as well, Nisse who usually helps us out with the keys did an awesome job with this one. It sounds so dark and catchy at the same way.

– And finally «What’s True» has kind of a 50’s Rock n’ Roll/Rockabilly foundation with a somehow Punk vitality.  What’s the story behind this cut?
Answer: haha one’s again, awesome keys. Olle (who used to play bass before Sigge arrived) wrote this one.  It’s the perfect match between punk and rock, it has the energy, the attitude and the catchy chorus. Funny lyrics as well.

– Due to all this diversity I’d like to know how do you use to work on he songwriting. And also what some of your musical influences are?
Answer: Me(Manne) and Rickard writes most of the songs these days. Olle use to write songs as well.  We do some stuff together and some on our own. We try everything out all together before we decide to keep or trash. Everyone puts their special spice into it and make it good in any way they can. Everyone in band usually  understand and like each others song ideas/riffs. I guess we are lucky in that way. We have so many influences. We listen to everything from jazz,blues, soul, dark pop, to punk, rock(in all kinds), hardcore, black/death metal. Some bands are though especially  very important for Deadheads like: Roky Erickson, Stooges(everything with Ron Ascheton), New Bomb Turks, Dead Boys, Dead Moon, Hellacopters, Status quo, Hurriganes, Entombed and Lynyrd Skynyrd. But as I said, we listen and find inspiration in a lot of different music.

– In fact it is even more varied than your debut album. Was this something you aimed for or rather a natural/spontaneous thing that just happened?
Answer: more spontaneous I guess, we want to keep a red line through the album, but still want to show more sides of Deadheads than 2 min songs of 200 bpi;-).

– Anyway the common thread between all songs is their straight-forward energy, their simple and fresh approach. Is it something easy to get to blend so many differenet elements while keeping a straight forward, not complex core?
Answer: I would not say easy but of course Deadheads is not rocket science. We put a lot of effort into the music we make. And it has not to be technical advanced to be good, it has to be true. 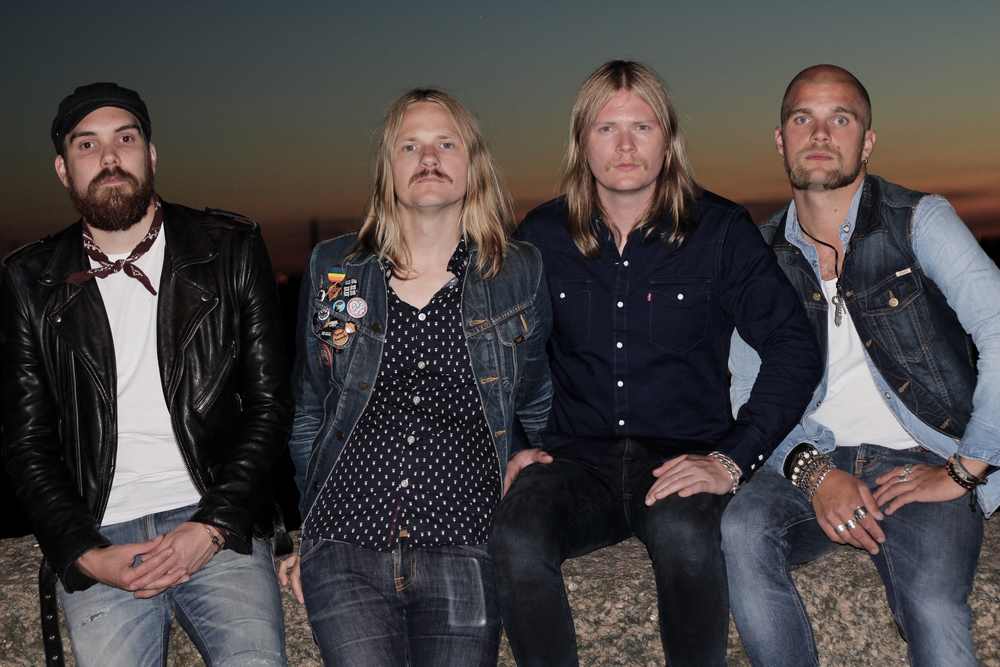 – All this about «Loadead» being said; how could you describe it in just 3 words?
answer: Energy, rock n roll, boogie.

– And finally, what are now your near-future plans?
Answer: to conquer the world.

– That’s all, thank you once more for answering our questions. If you want to add some final words; feel free to do it.
Best regards/ Deadheads