– Hello, thanks for taking the time. How is everything going right now with CRUCIAMENTUM? What’s going on right now into the band’s camp?
D.L.: Right now we’re concentrating on preparing for the upcoming tour with Corpsessed in November. There’s new material in the pipeline as well, but at the minute our priority is to concentrate on the upcoming live dates.

– Reviewing a little bit the history of the band, already with the «Convocation of Crawling Chaos» demo you managed to create some buzz into the underground, getting a good welcome. Specially being back then an unsigned band, did you expect the demo to reach so many people?
D.L.: We were confident we had created a strong demo, but at the time there weren’t many bands playing death metal influenced by the old ways as we were, so we thought at best it would have a strong appeal to a small audience, the reaction did however far exceeded our expectations!

– Then in 2011 you released the «Engulfed in Desolation» EP. I think CRUCIAMENTUM is a band that has been evolving from one recording to another so, how had the band evolved from the early demos to this first EP?
D.L.: It was very natural, the “Convocation…” material was written prior to the line-up on that release forming. We actually only rehearsed together once or twice before recording the demo, so other than the arrangements of the songs which was a joint effort, that demo was pretty much entirely written by myself. After recording the demo we added R.C. to the line-up on guitar and we began to write new material more collaboratively, so more influences from the other members propelled the sound into different territories.

– Now you have just released your debut full length album, «Charnel Passages». What are your feelings on the final outcome?
D.L.: We set out to record the album with a very specific vision of what it should be, and I’m glad to say I think we fully realised that vision. I’m very proud of it! 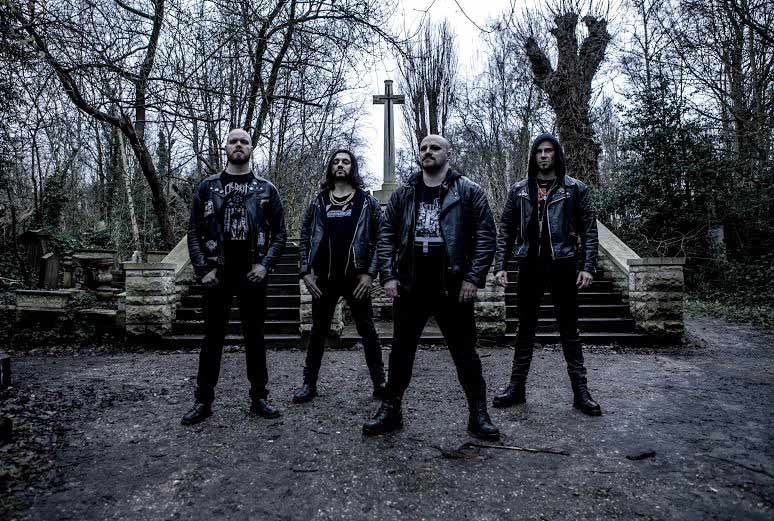 – First of all I think this is your most diverse opus to the date, especially in tempos, but also in song structures and even atmospheres/textures. How important is for you as performers and songwriters to keep things interesting for yourself?
D.L.: Thank you! That is exactly what we have always been striving towards. We wanted to expand on all aspects and to make the sound as diverse as possible whilst still keeping within the framework of death metal. There’s no point in repeating what’s been done before, some bands are content to release the same album over and over again, but that’s not for us.

– It has more atmospheric parts, with keyboards enhancing the soundscapes. Did you put a bigger focus on those parts this time or was just something spontaneous?
D.L.: Not really, they were the last parts to be composed, some of which were written in the studio. There was no intention to focus on them more; we just used them to add more textures in the sections which seemed to lend themselves to it. We don’t use keys live, so it’s important to make sure that they don’t dominate and only serve to enhance the atmosphere.

– In fact, how is the songwriting process like in CRUCIAMENTUM? I mean, do you plan what kind of sounds you want to get? As everything in the band sounds honest but, at the same time, you are giving fresh air and putting your own sound on a rather traditional basis.
D.L.: Our songwriting process is quite slow because of the distance between the band members. I usually write the majority of the riffs, and then I send demos to other members who add their own riffs and changes. Then we jam together in the rehearsal room and work on the song structures together. Sometimes songs come together in a few rehearsals, other times they’ve formed over a period of years.

– I could even dare say this record is more experimental, but also there are really brutal, raw parts, so it creates an interesting contrast. Could you say a certain contrast is necessary to enhance each part instead of diminishing their effect?
D.L.: Certainly! The subject matter of the lyrics lends itself to a certain degree of ebb and flow, and we want to make each part as interesting, and most importantly as emotive as possible. It’s not possible to do this if all you’re trying to be is the heaviest/fastest band around.

– There are even certain prog elements I would dare say. Due to this I would like you to tell us what bands have been an (maybe even unconscious) influence your CRUCIAMENTUM.
D.L.: For me, there’s a big influence from bands such as Yes, King Crimson, Van Der Graaf Generator, and Shub-Niggurath in terms of the aforementioned use of contrast and atmosphere. I won’t say that we are a “metal version of…” those bands, but they all certainly have something which has burrowed as deeply into my subconscious as any of our metal influences.

– Overall «Charnel Passages» is your darkest recording to date. Did this fit the overall concept and imagery of the album? Or also your personal experiences can affect this?
D.L.: It’s not a case of fitting anything, I don’t write riffs because they sound “cool”, it’s dark because it’s a reflection of elements of myself I chose to reveal through the music. Personal experience has certainly influenced what is portrayed through the music, but I prefer to keep details of those experiences personal.

– In fact the theme running through the album explores in different ways the dark subconscious. Would you mind to elaborate a little bit on the ideas behind some of the lyrics?
D.L.: It’s hard to put into words, but the general theme running through the album is a reflection of the darkest side of existentialism. The realisation of the insignificance of yourself as an individual in the grand scheme of the universe illuminates the most repugnant and pathetic of human traits. Charnel Passages is both an expulsion of disgust towards certain aspects of this, and an expression of the horror that even being at the peak of the control of our destiny, it is all utterly worthless in the end. We all face the same fate and no matter the magnitude of our impact on the world, the sands of time will obscure even the greatest of legacies.

– And how does the cover artwork portrait that? How/who did you work on it?
D.L.: Daniel Desecrator is the artist. The cover portrays a nightmare scene, it is sheer anxiety put to canvas. The details are for the listener to interpret.

– The album was recorded and mixed in The Priory with Greg Chandler (ESOTERIC). Did you get the sound you were looking for? You have already worked a bit with him in the past so does that make things easier?
D.L.: The sessions were quite laboured and in hindsight we should have spread the session out over a number of months rather than trying to complete the album in one or two sessions, but more for the sake of our own sanity than the final result. Greg is totally professional, patient and easy to work with throughout the process. I approached the album with quite a specific idea of what I wanted the album to sound like, and I think not only did we achieve that, but we surpassed our expectations. 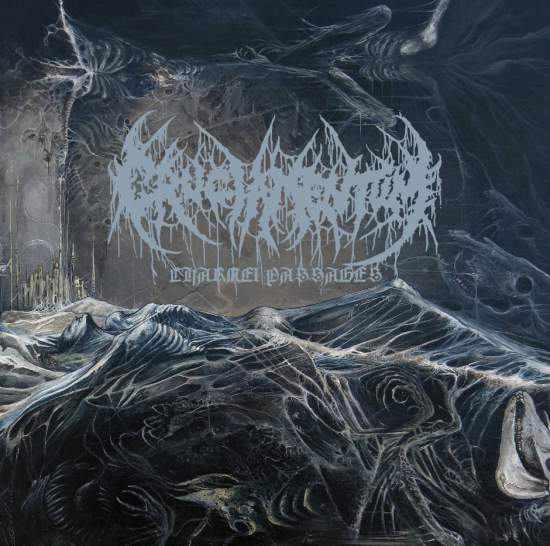 D.L.: We had known Chris who runs Profound Lore for some years prior and he had expressed an interest to work together even before we recorded Engulfed in Desolation. We had had interest from other labels as well, but Profound Lore just seemed to make sense as we already had an established friendship.

– All this about «Charnel Passages» being said; how could you describe it in just 3 words?
D.L.: Dark, obscure and heavy.

– And finally, what are now your near-future plans? I read you are working on a tour with CORPSESSED for November…
D.L.: Yes, we’ll be doing a ten date tour of Europe with Corpsessed at the end of November. Dates will include Germany, Belgium, England, Holland, Czech, and Denmark. We’ve also got new material in the pipeline, there are plans for another release, but it’s too early to forecast anything yet. For the moment we’re focusing on the live performances we have in the tour and several dates early in 2016, which include North of the Wall fest in Scotland and Netherlands Death Fest. We’re also looking into planning a tour in Scandinavia in the earlier months of 2016.

– That’s all, thank you once more for answering our questions. If you want to add some final words; feel free to do it.
D.L.: Thank you for your support! We can be reached at cruciamentum.uk@googlemail.com for bookings and merch orders.