1- Hello, thanks for answering to our questions. What are you guys currently up to?
Thanks for taking the time to talk with us! We recently wrapped a 17 day tour across the eastern US with our friends in Barren and Death Card. Since we’ve been back, we have been preparing for our performance at Wisconsin Hardcore Fest II and practicing a lot of the songs from the new album. On top of that, mostly keeping our eyes forward the future and the next step to take.

2- First off, could you make some history of the band?
We started back in 2014 with the full intent on being a touring band and to push this as far as we can. My bassist and I were in another band prior to RIG TIME! and our guitarist used to sell merch for us. Once that band dissolved, the idea to start something fresh and keep going harder than we were before just made sense. All three of us love to travel, we love to be at shows and we love to create music. It all fell together in the right place.

3- How could you describe your sound?
Heavy. That’s how we’ve always described ourselves. We knew that when we started this project, we were going to always be a heavy band, but never hold ourselves to a specific genre under that umbrella. We draw influences from the way other songs and artists make us feel, rather than a specific part or style. We create sounds that give us the same feeling that doom, hardcore punk, industrial, sludge, nu-metal, grind, powerviolence, etc gives us. We get compared to a lot of different things, and it’s really interesting to hear what people have to say without them already having a predetermined genre tag attached to us. We would rather hear your thoughts of what we sound like, rather than tell you what we are. We’re heavy. That’s all we know (laughs).

4- What are the band’s main musical influences?
It’s really hard to narrow down all that influences us. We have drawn some influences from artists like Dystopia, Incendiary, The Acacia Strain, and old KoRn records. My favorite band of all time is Deftones. Mark would probably say The Smiths or The Cure, or maybe something like Subhumans or Strung Up. Rebecca loves The Greenery more than any other band, and we all agree that The Greenery is our collective biggest influence, even though musically it might not show through. We like noise. We like loud, agressive sounds. We are massively eclectic and very diverse in our musical taste. I spend a lot of my time listening to jazz and 90’s R&B, but I was just freaking out over the new Cannibal Corpse song a few minutes ago (laughs).

5- How has the feedback for your new album been?
We have gotten a few reviews back on “WAR” so far, and it’s been positive. We released “Vengeance” as the first song from the album, and we were told by many people it’s one of, if not the best song we’ve done. That’s a great compliment to hear, when we still have nine more songs to show the world from this album. We played a few new ones on our last couple tours, and every single night someone would point out a song that was their favorite. Each night, that song would be one from the new album. We played “Succumb” and “Garbage” at almost every show and the response for those were incredible.

6- And are you personally satisfied with the final outcome?
Absolutely. We spent a ton of time tweaking every song until we felt it was just right. We had several songs we chose to not use for this record also. We wanted to have a very consistent and complete album and we feel we chose the right songs to emphasize the loose concept that all the songs share. 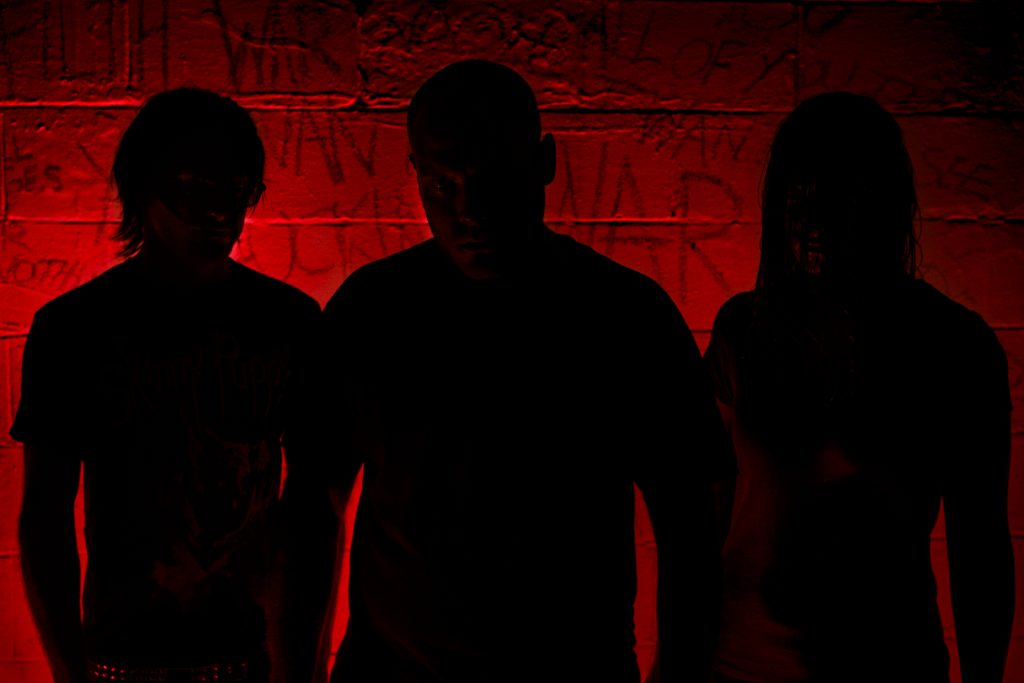 7- How could you describe this opus in just 3 words?
Passionate. True. Intense.

8- How was the production process for your new release?
We recorded with Bricktop Recording in Chicago, IL. Our engineer, Pete, is such a smart and excellent person to work with. He did an incredible job mixing the record as well. We are big fans of Weekend Nachos, and that is where all their records were recorded. Huge, beefy sound. Mastering was done by Brad Boatright at Audiosiege who masters every from Integrity, to Code Orange, to Nails, and so on. He really brought out in the punch in the final mixes, and we’re very happy with it.

9- And how does the songwriting process work?
It varies from song to song. Sometimes it starts with a riff that just sticks out. The title track “WAR” is one of those riffs. It had that certain sound that we knew needed to use it. The same situation is how “Vengeance” came together. Occasionally, a song may start with lyrics too, and then we match riffs and rhythms until it feels right. Other times, it may spawn from an accidental jam at practice or  even a song that floods out in 10 minutes or less. It’s all about the feeling at that given moment.

10 – Finally, what are you near-future plans?
After we play Wisconsin Hardcore Fest II on September 22, we head for two tours in October. In the middle of those runs, our record comes out on October 20th, and we are doing a big album release show at our home venue in La Crosse, WI called the Warehouse. After that, tour tour tour. That’s our plan. To play out as much as we can, and spread the word of “WAR” everywhere.

11- That’s all from our side, thanks again for taking your time to answer our questions. If you now want to add some final words; feel free to do it.
Thank you so much! You’re very welcome. Check out our album “WAR” on Innerstrength Records coming out on October 20thand support all ages shows. #AllAgesOrNothing
https://innerstrengthrecords.bandcamp.com/album/rig-time-war
http://www.rig-time.com/