– First off thank you so much for answeing our interview. How is the band currently doing with the release of your debut album?
V: As usual, we are as lazy as always, but we are definitely ready to attack the stages with the songs of the album. So be prepared!!!

– Before talking about the album I would like to dig a little bit into your story. Where and how was DIVISION SPEED born?
V: Aggressive Perfector and I started the whole thing as a side-project in 2008. We recorded the demo and where searching for a singer. Time was running out as we got the offer for a gig. Our friend Hunter joined last minute and his vocalstyle fitted quite well. Also Tailgunner was on board for this gig and for the future shows and became a permanent member. Hunter shouted on the demo and released it with Aggressive Perfector under the banner of PANZERKOMMANDO RECORDS in 2009. The reactions on the demo were amazing and about 375 copies were spread. We were in contact with the guys of WITCHING HOUR for some years back then and they asked to do a split release with them. This 10’’ included three brandnew D.S. songs in a strange soundquality, written by Aggressive Perfector and me and recorded with Tailgunner in the HMSS dungeons. We played a lot of gigs and did our first minitour organised by the great Flo of THRASH ATTACK/DYING VICTIMS PROD through northern Italy.

– How has the band’s history been up to the release of this album? Were there many changes until forming a steady band or are you still the same members as when you started?
V: We started as a two-piece then became three and now four/five-piece (I even don’t know exactly). As I mentioned below we don’t invest too much time into D.S. and we wanted to wait to have enough new and crushing material. That took its time and last year we were finally ready to record the album. Now there are some delays with the pressing plant, because some major labels smelled the Dollars with vinyl again, so it is finally out in the end of September 2015. The album line-up is: Aggressive Perfector/Hunter/Venomessiah/Tailgunner. This is the stable line up since 2010, I think. During the first days we were live supported by Ingwaz and in the last years by Andrew Hammersmith and Vent on 2nd guitars.

– Doing some research about the band I saw you appeared in the first decade of the 2000’s. Didn’t you have the chance of releasing any album prior to this?
V: Sure, but I’m sure the final album crushes more than a 2010 or 2011 D.S. debut album. The songs and ideas grew over the years I think. And now it’s time to unleash the demon!!!

– You played live a lot. Did you support any band or played in festivals before 2015?
V: As you said in your question we did some gigs over the years. We played some festivals and we got in touch with bigger acts through this e.g . NECRODEATH, MINOTAUR, JAGUAR, AVENGER (UK), GOSPEL OF THE HORNS, ROTTING CHRIST, ROOT, AURA NOIR, DENIAL OF GOD, IMPALED NAZARENE, PENTACLE, GEHENNAH, MANILLA ROAD, QUARTZ, VULCANO, NIFELHEIM. But they played on the festival, we hailed them and I’m quite sure they don’t even know us! For us it’s a way cooler to play with friends like HELLISH CROSSFIRE, WITCHING HOUR, EVIL WARRIORS, REZET, DELIRIUM TREMENS, WARHAMMER. We had 1-2 gigs with the great ROADKILL from K-M-S or KETZER, IRON KOBRA, ERAZOR, ATTIC, NOCTURNAL, SCHAFOTT, ABYSSOUS or the other Leipzig DeathCommandos (BLOODY VENGEANCE, VIDARGÄNGR … ). We always had good parties and that’s what counts!

– And finally you are unleashing your first full-length. Tell us a little bit where does the name of the band comes from (even though it’s obvious) 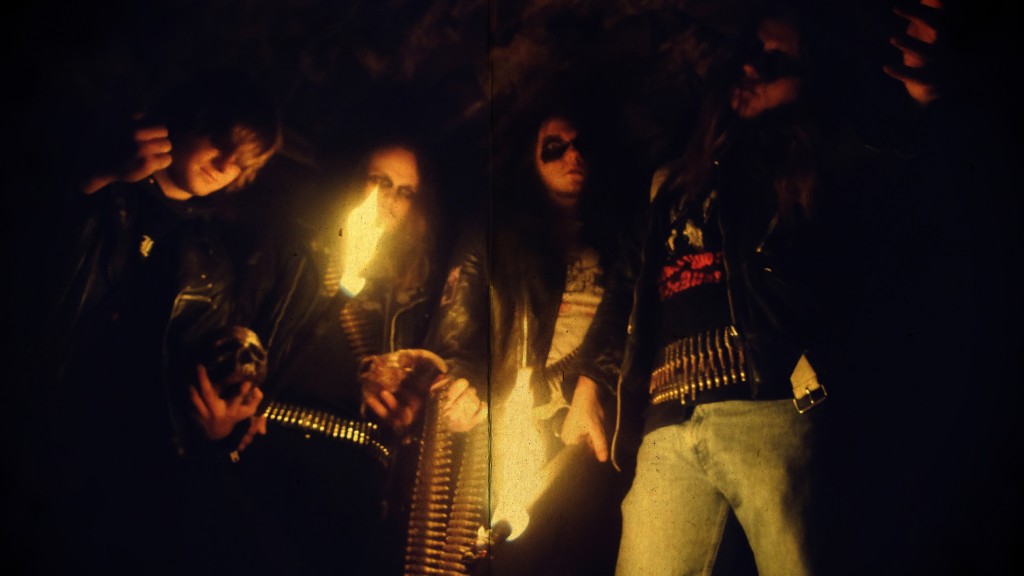 and what do your lyrics deal with.
V: The lyrics of D.S. deal with war and especially with the 2nd world war with different views on this topic. The bandname is the link between this topic and the style of the music.

– You have nicknames such as Aggressive Perfector, Venomessiah, Hunter and Tailgunner. Is each of them inspired by your favourite bands?
V: I think there is a link to bands we like, but just Tailgunner linked to his absolute favourites.

– I really liked the cover, has an 80’s underground vibe to it, as bands like RAZOR, EXCITER, as well as the logo. Did you want to express something like that or is it just my perception?
V: We like the sound and concept of the old records so it sure was an aim to do it like this. On the other hand we have to credit Paolo Girardi for his work and the vibe he gave to the cover.

– And now talking about the album, I have had the chance of listening to it and sounds destructive. Are all songs from your early days or new compositions?
V: Thanks! On the album are four rerecorded songs of the demotape and one of the split ep. Three songs were previously available as raw mixes on “Promo 2010” and some compilations. The other tracks are new compositions. So I think it’s a good mix. We thought about doing just new songs, but we liked to hear the old songs with a better production and so the album became a nice compilation of the first years plus new assaults.

– The sound is really old school, I notice influences ala RAZOR, DARK ANGEL, SEPULTURA, SLAYER and classica guitar nuances in a traditional style ala MAIDEN for instance. Are you pleased with the result? Was this how you wanted it to sound?
V: We are very pleasant with the result. Patrick W. Engel (and Tailgunner, who recorded all the guitars and vocals) did a very good job! I like the sound dirty, but on the other hand it has to be aggressive and straight forward in your face. So I think we got a perfect midway. You named bands we enjoy really much so it’s quite natural that the record sounds a little bit like them. Don’t know if we sound like Maiden hahaha… maybe Hunter sounds like Bruce Dickinson on heroin…

– Where did you record the album? And how is everything going with High Roller Records?
V: Drums were recorded in the mighty HMSS dungeons with Patrick W. Engel. All guitars and vocals were recorded with Tailgunner in the Studios of Salvation in Leipzig.
High Roller did nearly everything we wanted them to do and so by now it was great to work with and get the chance by them!!! Cheers!

– The album features 14 songs. I’m a lover of those 8 or 9 track vinyls, and before listening to it I thought it was going to be too much, but it’s fast and entertaining. Were you aware that they could be too many songs to start or did you just included all the songs you could?
V: There are two intros of 14 songs, so it’s 12 songs. And I think a running time of 40-45min is quite normal for a metal record. We included all songs we loved to include and that’s it. It has been taken years to put out an D.S. record, so it’s quite natural that it includes enough songs. So if it’s too much for you just listen to the A-side for half a year, then spin the B-side for another half and you’ll think: WOW, that’s amazing! D.S. released two albums within a half of a year! Very productive guys hehe

– Will there be a special edition, maybe in digipack or vinyl?
V: There are two colours of vinyl. We didn’t want it, but it’s the way HRR do there releases, so why not… No digipack is planned. I don’t need extra digipacks. There will 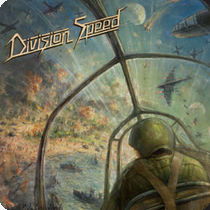 maybe be a tape version.

– And to support the album, do you plan playing live? Tours or festials in the next months?
V: Of course! We play a release show at the mighty Donnerheim in Krölpa/Thuringia/GDR with HELLISH CROSSFIRE (special gig!) and SCHAFOTT on 10th October 2015 – be there or be dead!!! There is a gig in Freiberg in November and in March 2016 in Oberhausen.

– On a view to the future, do you plan releasing a seocnd album? Have you already thought about it or are you focused on your current record?
V: Let’s see what the future brings. We have some ideas for future releases, but not full length. I think thinking about a second album would be too early as we needed 100000 years for the first haha

– And finally I would like to know what are those 5 albms you think have influenced you the most, or your favourite 5.
V: Ok, here’s my personal choice:
1. METALLICA – Kill ‘em All
2. MOTÖRHEAD – everything
3. DEEP PURPLE – Made in Japan
4. DARKTHRONE – Under a Funeral Moon
5. Maybe some MAIDEN… Live after Death or sth., I’m not sure about the last one…

– That’s all form our side, our best wishes and hope to see you someday in Spain or in a European festival as Keep it True.
V: Would be killer to come to Spain one day! Let’s see how things work out. Watching out for Keep it True and RAZOR. Saw them once and it was quite cool!