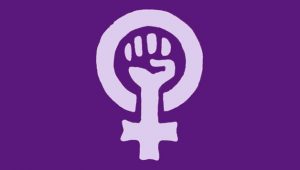 For some reason, little is spoken (maybe because it is an issue that we have normalized so much that we have not even reflected on it) about the number of women booked on our festivals. Just take a look at the main Rock and Metal festivals and check out how many women (not just frontwomen) are playing. One of the clearest examples was the lastest edition of Maryland Death Fest. Seventy plus bands and just two women artists in the rooster. And it is not just a matter of women lacking on stage, but also down the stage, in front and behind the stage. Because, dear promoters, women in music exist also during the other 364 days of the year, not only on March 8th. This makes us wonder a lot of things like for instance, why? Simply because sexism, what were you expecting? «Because sexism». That is how we could basically sum up all the opinion essays we post, but we are going to dwell a little bit deeper.

Everytime that the discussion about quotas and parity in festival bills is brought up, the infamous two words «positive discrimination» appear. But specially an argument that some people have tried to sell us (and that it seems it has got one over on part of our society) is that you can’t book women just because they are women, that they need to be good (because we all know all men playing at festivals are virtuosos). As if a higher percentage of women at a festival would also rise the percentage of mediocrity due to the same reason; due to being women. This happens due to the fear of losing privileges. It is not that the fact that we want spaces to be ours and try to stop being only guests bother them. It is that they are afraid of it. Privileged people are afraid that those ones who find more hindrances doing the same they do, have access to the same spaces. They fear they will lose their power and privilege. Which shows us that they are people with low awareness and insufficiently sensitive to women and other underprivileged communities that have been historically disadvantaged and made invisible

As we said, the «positive discrimination» jazz or the whole thing about not booking women if «they are not qualified» are the two usual arguments when someone tries to refute our ideas when discussing this topic, most of the times because they are confused about some of the issues we point. But we neither want you to book women without evaluating their quality, without listening to their music, with the only aim of avoiding criticism from the feminist segment. This does not resolve that inequality and does not break with invisibilization. Booking women to make them play at 14 in the afternoon is not making them visible. We do not want you to book women to try get merits at the expense of then. Gender quotas and parity laws are not the goal, but are an important step to reach the aim: the feminization of spaces, normalization, visibility and awareness about gender issues. Gender quotas would not steal any spaces, but show that there are out there great artists doing great music. People need to watch them to see they exist. After all it is about social justice, and not booking women is a sexist action.

A sexist action that we experience way too often. A sexist action we have internalized and normalized. When there are bands refusing to play at festivals sharing stage with racist or fascist bands, why do not they do the same toward sexist behaviours? We do not want men singing against sexism if they can not stand behind their message and if they are not going to reverse the situation. We need to be aware, take responsability and take action. We need to finally understand how much power do we have as society even through personal day-to-day actions. Have you ever considered messaging a festival that hardly books any women? Or that band with a social message that is going to play that same festival? And what about if we decide to not buy a ticket if we consider there are not enough women playing? We need to give festivals and bookers a firm push. We need to demand our spaces. We need to break with a structural problem.

Because making safe spaces also consists in feminizing them.  We do not want to be guests at our shows nor in our «community». We want to share spaces and that they are more inclusive for everyone. We need to start analizing our social setting, the space we occupy, our actions and start to change the dynamics.