1- Hello, thanks for answering to our questions. What are you guys currently up to?
The Pleasure is ours. We just finished our new album Angels & Demons which will be released on September 22nd, 2017. We recently finished up a west coast tour earlier this year and plan to hit the road again to promote the album. The tour was really fun and we anticipate the next one to be even better.

2- First off, could you make some history of the band?
The band started in Reno, NV by me (Drew Zaragoza) and Justin Miller when we were in Middle School. We recruited other members and quickly gained a loyal following by throwing house shows at my mom’s place. Then we relocated the band to Hollywood, CA to attend Musicians Institute where we honed our craft and also learned how to record and produce ourselves. We became the house band at the legendary Rainbow Bar & Grill and played all over LA. After that we started touring and  putting out EPs. Since then we have toured the west coast many times, played with bands such as Exodus, opened Ozzfest Meets Knotfest 2016 and produced the full length album.

3- How could you describe your sound?
Finding your sound is a funny thing, it’s like finding yourself, ya know? Even if you think you know yourself, there are still areas to be explored. Some people call us Metal, some people call us Rock and we implement both elements into our music. Too many people get caught up on genres and sub-genres. Our only goal is to write good, original songs.

4- What are the band’s main musical influences?
Life is always the best influence but bands like Metallica, Pantera, Lamb of God for their heavy, Black Sabbath for their originality and the Beatles and Jimmy Hendrix for their songwriting barrier breaking.

5- How has the feedback for your new album been?
The best feedback we have received from any of our efforts yet. Fans and critics alike have both been very receptive which is great because sometimes due to our eclectic sound not everyone «gets it.» But this one seems to be sinking in on the listeners. 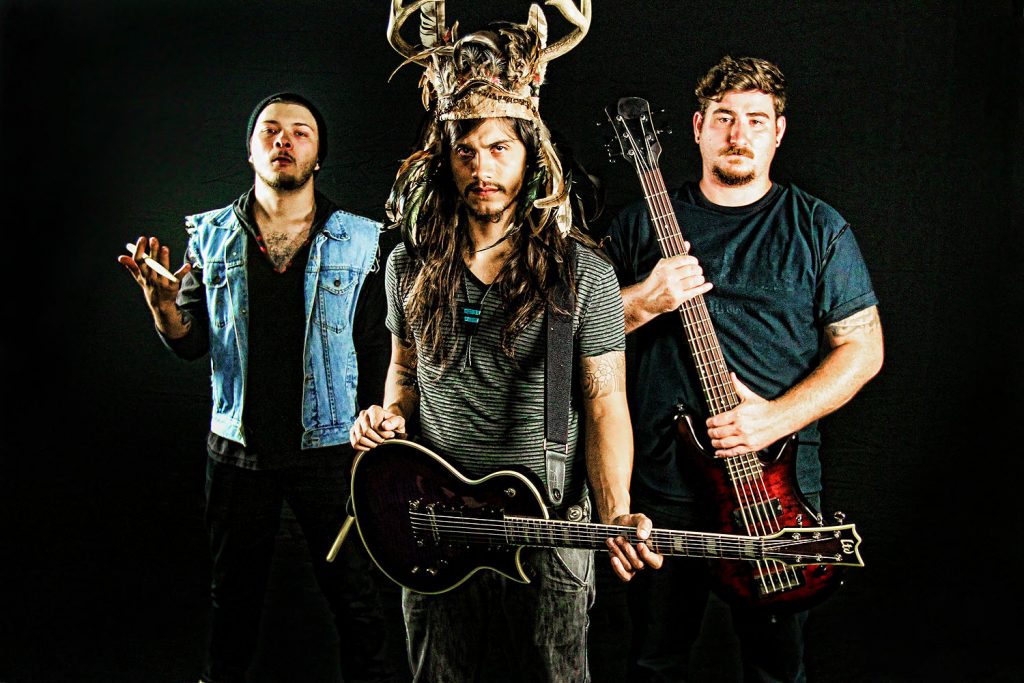 6- And are you personally satisfied with the final outcome?
I am personally very proud of this album, which is very important. I know we took all the steps and left no stone unturned. We spent many overnight hours in the studio, often leaving at 5am. I mixed the album around 20 times before we got the right mix. We made sure to check everything off the list so there are no regrets. That gave us a confidence that what we put out is our best effort and after that it doesn’t really matter what anyone else thinks because we gave it our all.

7- How could you describe this opus in just 3 words?
Bold, chaotic, melodic.

8- How was the production process for your new release?
I produced the album myself with the help of a few great engineers at a couple different studios. We would come in to the studio at midnight and leave around 5AM. We would often take the tracks home and think to ourselves «we can do better» and we would go in and record it all over again. Once we were satisfied with the tracking I spent many countless hours mixing and re-mixing the album. With the critique of Mastering Engineer Maor Appelbaum (Faith No More, Yngwie Malmsteen, Halford etc) I was able to hand him over a great mix that he polished amazingly.

9- And how does the songwriting process work?
I usually write a good riff or two and add some lyrics then take it into the rehearsal space and finish it with the boys. The title and vision of the album came before many of the songs so it was easy to write what we thought the album needed.

10 – Finally, what are you near-future plans?
We plan to tour in fall and work on another release.

11- That’s all from our side, thanks again for taking your time to answer our questions. If you now want to add some final words; feel free to do it.
Thanks for the interview! Pre-order the album at https://sinicle.bandcamp.com/album/angels-demons