1- Hello, thanks for answering to our questions. What are you guys currently up to?
Peter ‘Blue’ Spinazola (Dysentery guitar): Thanks for taking the time to hit us up and talk!  Currently we’re gearing up for the release of our 3rd full legnth ‘Fragments,’ out July 10th worldwide on Comatose Music.  Along with the album, we’re prepping for our upcoming west coast US tour this June where we will be hitting up Las Vegas Deathfest, some California dates, Salt Lake City & finish up at Colorado Gutfest.  Getting prepared for a busy summer more or less, haha.

2- First off, could you make some history of the band?
Blue: Dysentery was formed in 2002 with the simple goal of crafting brutal & groovy slam death metal with a bunch of like minded friends.  A demo (‘Slaughtered Remnants’) was released early on, which caught the attention of Japanese label Amputated Vein records for the ‘Excruciatingly Euphoric Torment’ split with Gutrot in 2004.  This was the CD that really introduced the band to the underground, and is now out of print and relatively sought after at this point.  After a few years of inactivity & lineup changes, the band re-emerged back on AVR with our first full length ‘From Past Suffering Comes New Flesh.’  With that album we started to make more headway on the road more with several tours & plenty of notable fests throughout the US.  That eventually which brought us to our current home on Comatose Music, who released our sophomore album ‘Internal Devastation’ in 2011.  This album found us refining our sound more into what the band is about today: a fusion of violent slamming deathgrind with a primitive beat down attack.  Plenty of touring and more fests followed in the following couple of years which brings up to our newest release ‘Fragments’ out July 10th once again on Comatose Music.  This album definitely finds us refining our sound even further and definitely contains the band’s most well put together material to date.

3- How could you describe your sound?
Blue: I know a lot of people don’t like heavily categorizing things, but I feel like it’s definitely the best way to describe us.  We play a mix of brutal slamming death with a neanderthal hardocore style thrown in, we affectionately like to call ‘death metal beat down.’  If you want to get simple about it, you can call us a slam band haha.

4- What are the band’s main musical influences?
Blue:  Basically anything across the musical spectrum that is really heavy, everything from the most brutal & guttural death metal imaginable to knuckle dragging hardcore.  Specific classic bands that really drive us include Suffocation, Devourment, Dehumanized, All Out War, Internal Bleeding & more in that vein.  We try to bring in influences from all eras/styles of aggressive music though to give our take on the genre a little more of our own voice. 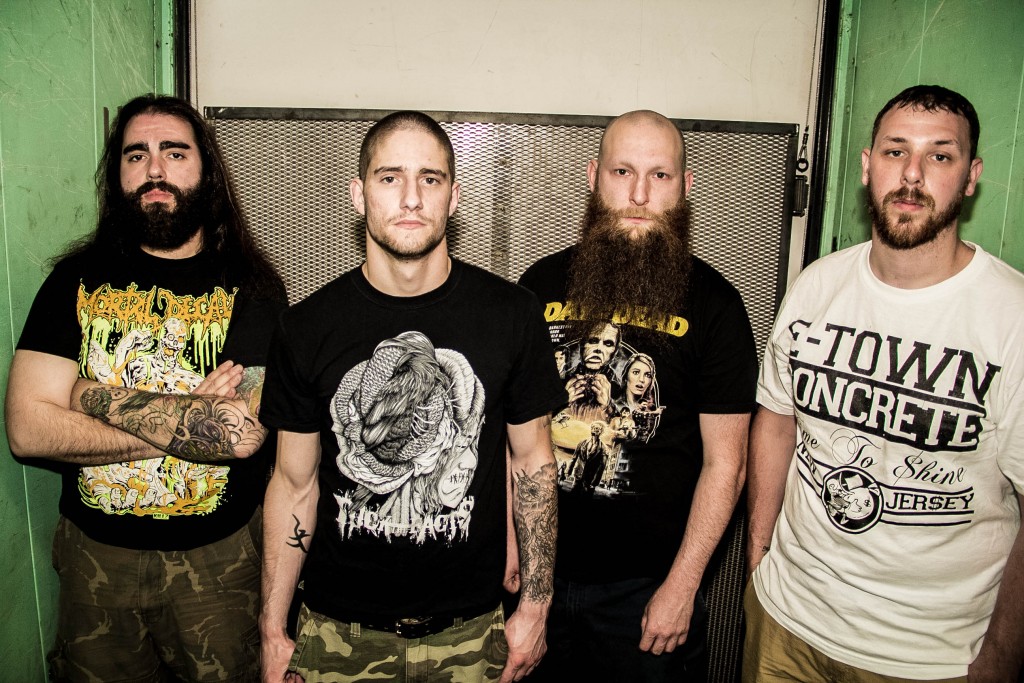 5- How is the feedback for your new album being?
Blue: With having only just released a couple of songs from ‘Fragments’ so far, the reaction has been nothing but awesome from old fans and new.  Needless to say, that makes us happy.  We obviously always want listeners to enjoy our material so it’s definitely killer to have such positive words whenever we release new stuff.

6- And are your personally satisfied with the final outcome?
Blue: It’s almost typical for every band to say it, but we definitely feel it: this new album is definitely our best to date.  ‘Fragments’ is our most well written and bludgeoning material we’ve ever written.  To go along with the material, the production on this release is our most crushing we’ve had yet & really helps to add to the impact of the music.

7- How could you describe this opus in just 3 words?
Blue: Brutal.  Ridiculously heavy.

8- How has the production process for your new release been?
Blue: This album was a long time coming for us for sure.  Despite the album just being released in 2015, we begun tracking it in January of 2014.  Upon nearing completion of recording the new full length toward the summer of last year, we underwent a sudden vocalist change and brought in Scott Savaria to take over on the mic.  With that frontman switch, the task of writing all new lyrics and arrangements arose pushing the completion date back considerably.  Fast forward to end of 2014 and we came out of it with a much stronger album than we could have hoped for. 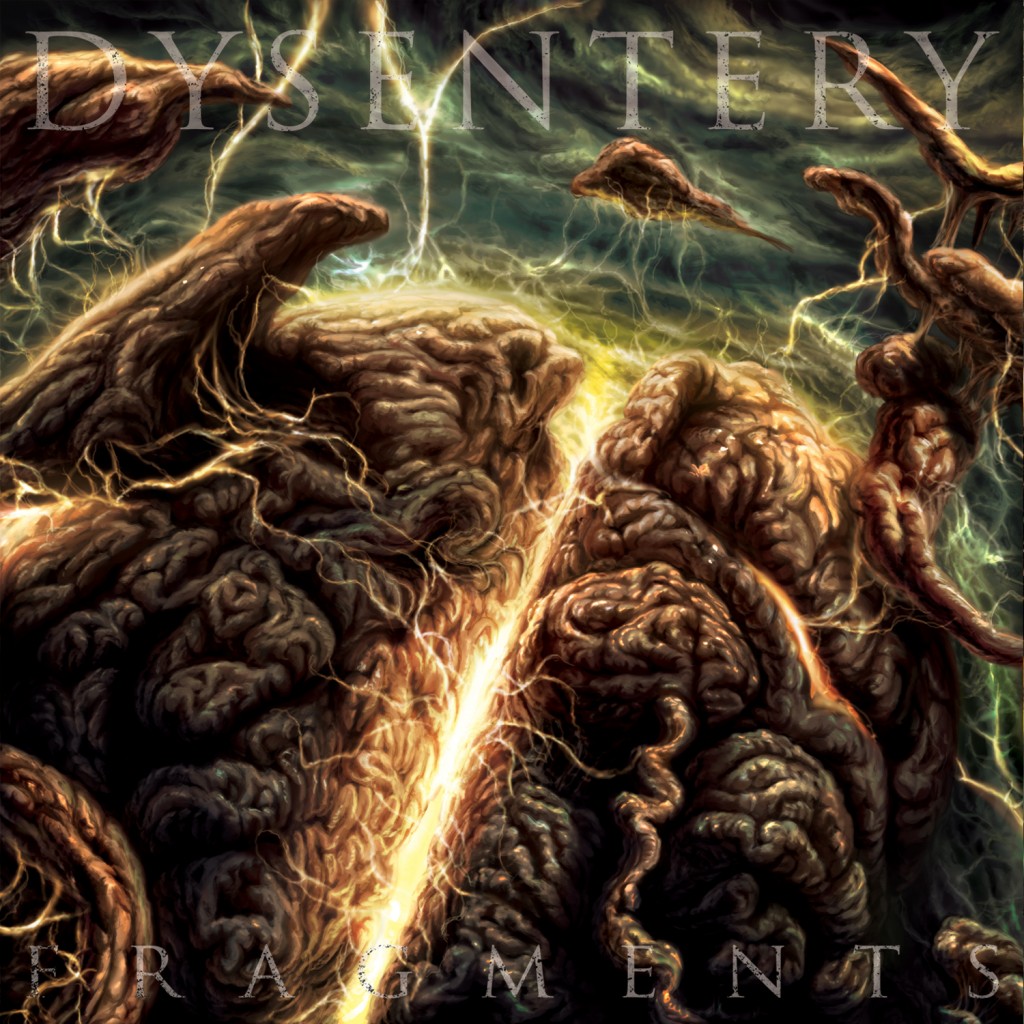 Blue: The songwriting is usually a collaboration between myself and our drummer Eric.  We exchange ideas back and forth and try to put together material that flows properly and maintains a certain intensity.  The writing process can often be very spontaneous and work off our grasp of each other’s individual styles.

10 – Finally, what are you near-future plans?
Blue: Beyond our upcoming west coast tour in June and the release of ‘Fragments’ in July, we have plenty of show booked all over the Northeast US through the years along with appearances at Building Temples From Death in Houston TX, New Jersey Deathfest & more to be announced.  We’re also working on additional touring plans for 2016 and beyond, the band definitely intends to stay busy for a while in support of the new album.

11- That’s all from our side, thanks again for taking your time to answer our questions. If you now want to add some final words; feel free to do it.
Blue: Thanks once again for taking the time to talk to us.  Everyone should check us out on Facebook at http://www.facebook.com/dysenterygrind, and make sure to pick up our new album ‘Fragments’ out July 10th on Comatose Music!  Cheers!
www.comatosemusic.com
www.facebook.com/dysenterygrind