– Hello Paul and first, of all, thank you for ansewring to our questions. How has everything been lately into the SOLSTICE’s camp? How does it feel having released your first full-length with them and the first album in 20 decades?
Whoooooaaaaaa……..2 decades, not 20, ha. We’re not that old!!!! I’m just messing, I know what you’re trying to say. Well, I think at this stage it feels quite normal since this has been the focus for us for some time now. In the grander scheme, the bigger picture…it does feel surreal. How can it not I suppose? But, I have not been in the band the whole time…long enough though for it to be something kinda big.In some way, it does validate people like myself and Andy who have been more or less constants in the band since it was reignited properly. Not that we weren’t before really…but, an album makes more of a statement than a mini album (Death’s Crown from 2013 as an example), so it kinda solidifies the band as a collective to a degree.

– Expectations after a long time gap are always high, did this make you feel some kind of pressure or just try to work on your own material without letting external aspects affect you?
No, not really. The expectations are there from some quarters of course, and we’re aware of it but it doesn’t really make any difference to how we approach anything. I mean, if it did you would be breaking the first golden rule of creativity – doing it for anyone other than yourself, or yourselves. That’s the point where music becomes cerebral (being written by the head, with outcome and intent pre-decided) rather than being instinctive (being written from the heart, as all great music is). So, we are aware…and hope that long time supporters will enjoy the album but that’s as far as it goes.

– So now the obvious question, why did it take you so long to get «White Horse Hill» out? When did actually start to get shaped? Have the songs on it been through many changes?
Why so long? It’s Solstice, cannot really say more than that. If you’re even slightly familiar with the history of the band..you’ll know it’s a long and winding story with a lot of turns and false starts. In short….there were so many people coming in and out for so long that a solid foundation seemed impossible. Add to this that the band is Rich Walker’s baby and as the songwriter there are few people who are as insanely meticulous as this guy.
Add all those ingredients into a pot, stir it over a fire and you’ll end up with a 20 year gap between full length albums.

– You weren’t in the band when «New Dark Age» was released 20 years ago, but how do you think has the band evolved from that record to «White Horse Hill»?
Slowly. Very, very slowly.  I think it’s the same heart inside a body that has grown a bit wiser.

– «White Horse Hill» sounds quite similar to the «To Sol a Thane» demo. Did that demo serve as some kind of blueprint for the new album?
Very much so. To Sol A Thane was essentially a pre-production demo for the album. I suppose in some sense it could be viewed as a tester for the album that we wanted to complete. Almost like we wanted to look before we jumped. I’m glad we did it, it definitely helped us create the album we had hoped we would make at some point.

– In fact all songs on the demo are included on the album. What changes have you done to them?
Generally, just some fine tuning. Adding some colour or character to melodies, riffs or structures. ‘For All Days…’ is the most radically different…but that makes sense since it was a song that didn’t come about like the others did. As in it is not your usual 5 piece, 2 guitar Heavy Metal song. It was new 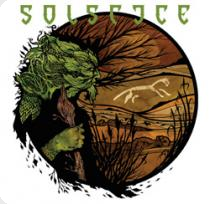 territory for us and we were very much learning as we went along, so it makes sense that it would undergo more changes than the others I suppose.

– Every element on your music has a moment to shine on different moments. Sometimes the chorus plays the main role, while on other tracks the solos do, or the melodies. Where could you say is your focus on?
The song. Always. There’s no star area in any song. Chorus, solo, main riff, vocal melody – none is ever a more important element than any other. All that matters is the song as an organic whole. So, in my opinion, the song ‘Under Waves Lie Our Dead’ is absolutely elevated to another level by Andy’s guitar solo. I am no musician, never learned to play anything…so I know nothing about the technical side of guitars, or about technique…. – none of that. My only way to judge is by my ears, and how something moves me. His solo on that song is absolutely the highlight as far as I am concerned…but that’s just how the pieces fell. He just happened to be stumble across a moment of brilliance….but it’s just the moment, the flow and the fact that the song brought something great out of him. Otherwise? It’s just hoping that all our elements combined will result in something coherent and in some way inspired.

– Talking about such, how was the songwriting process for this record like?
Exciting sometimes, boring other times. Thrilling. Repetitive. That’s just my point of view. Since I am just a singer and not a musician, when I rehearse with the band I have less to do. Singing is often the most noticed thing in music, or in a band but it’s the final piece to a sometimes complex puzzle so getting to the point where you contribute properly is tough sometimes. Especially as I am the very opposite to both Rich and Andy……who are both more leaning towards trying to perfect everything whereas I am more the kind to follow my gut instinct. I also don’t have the focus they have and get restless or bored easier. I wish I was able to be more like them but it’s not my nature. I’m lucky they are there to make up for my failings in that respect.

– The artwork was crafted by Chris Smit, and it’s quite different to what we see on the Metal scene these days. What does it represent and how did you work on it?
The artwork was all a collaboration between Rich and Chris. Rich’s ideas and Chis with his very special abilities.

– On the other hand, the sound is really clear and powerful, without being overproduced and sterile. How easy is to get the proper balance? And who took production duties?
It was very easy in that we had a very clear idea of what we wanted…or rather, we were very sure what we did not want. So I would say it is not to complicated to know what you wish to avoid…that’s the easier part. Trying to articulate what you do want to another person is something else entirely. Luckily for us, we worked with two people who we have special relationships with. One guy is Steve Longbottom who runs Vibrations rehearsal studios in Huddersfield, West Yorkshire. He opened the place as a guy just barely in his 20’s back in 2012 and we were one of the first bands to become a regular customer.
He’s incredibly driven and ambitious and we saw him build the place up from nothing, and eventually convert part of the building into a recording studio. So we tracked everything there with Steve at the controls. Then for mixing, Andy’s brother works in a very high end studio in London. We could never, ever afford this place normally but Richard (Whittaker, Andy’s brother) does it for us on his own time at a very reduced rate. It takes much longer cos he has to do it around his own schedule, and when the studio is not booked but it’s worth it in my opinion. He’s very gifted. And, as I said, if he weren’t Andy’s brother we could never afford him.

– Lyrics here seem to be quite personal, sometimes almost metaphoric, they are not really direct. Where do you draw inspiration from to write them? Is there an overall feeling you want to convey with your words?
The lyrics are quite personal, sure. Some more so than others…or best to say that one or two of the songs have lyrics that are way more open. Metaphors are of course used because…well, it’s incredibly common to use a metaphorical approach….. Makes sense though. I have always liked to try and see if I could translate a feeling, for example, into language…but you can’t really because things like that are beyond language, and if it was straight forward to do that then we would have been robbed of all the beautiful things written by people all through the centuries because they were trying to find the right way or words…… Personally I think that without using a metaphoric approach that trying to openly dissect something complex like emotions would just be vulgar, obvious and embarrassing.
Inspiration? I would imagine the same as anyone else, the eternal hope to one day be able to describe something that is far beyond language by using language! 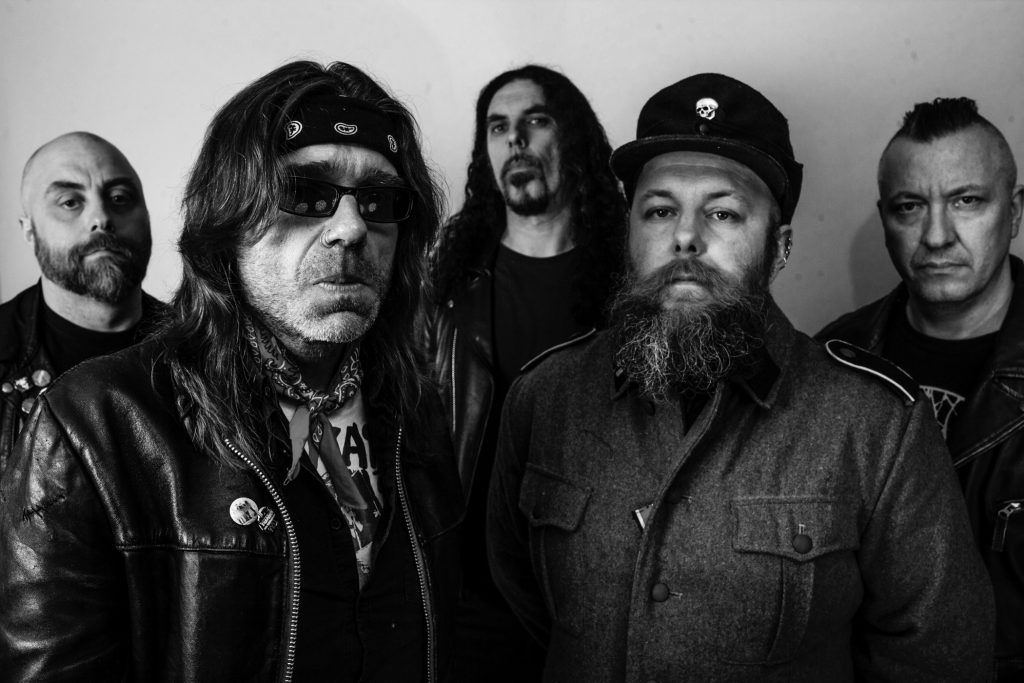 – All this about «White Horse Hill» being said; how could you describe it in just 3 words?
Just Heavy Metal.

– And what are now your near-future plans?
Gigs. We want to do a lot of gigs.

– That’s all, thank you once more for answering our questions. If you want to add some final words; feel free to do it.
Much love for the support and coverage. Hope I wasn’t too boring.
Hail Satan, eat your greens!