– Hello, thanks for taking your time. How is everything doing right now into the MORTIIS’ camp? What’s keeping you guys busy?
Hi, well right now still doing press and being active on social media takes a fair amount of time. We´re also preparing for the May tour of the UK, and we just released the Demons are Back free download single and video, which is available thorugh our Bandcamp page.

– You recently released your newest album, entitled «The Great Deceiver». What are your expectations on this release and how is its feedback being so far?
I learned many years ago to never expect anything, it usually leads to disappointment because you expected too much. I always hope though…for positive responses, from the fans and potential new fans. If the press and media like it, that´s great, but at the end of the day, if the feedback from old fans start getting negative, that´s when I begin to worry, haha! So far the feedback has been really good though, people seem to really be into it. I haven´t really seen this type of feedback since we did The Smell of rain ages ago, which seems to be an important album to a lot of our fans, so that´s very satisfying. Most press seem to be into it as well, I mean naturally there will be some that aren´t into it at all, but that´s to be expected. You can´t please everyone, and that was never the intention anyway.

– Since the late 90’s you’ve been releasing just a few albums, with big gaps of time between each other. Is this something you need in order to create such unique songs or do you just take it easy? 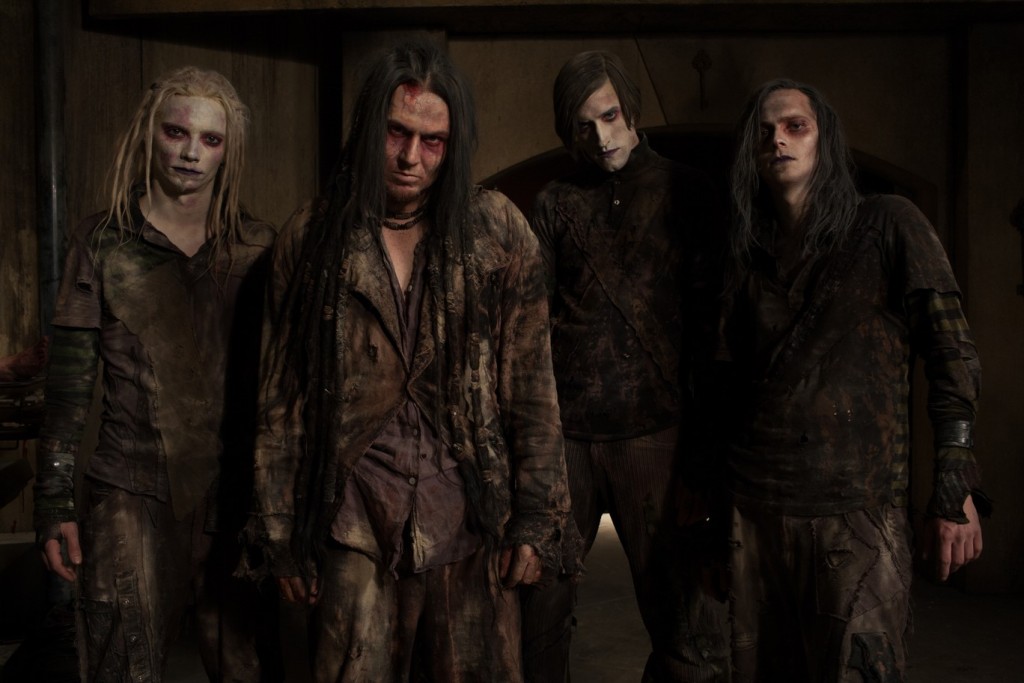 Yes and no. But this time, we made the mistake of trying to go back into the record industry maelstrom and work out an acceptable deal. We spent a lot of time trying to work out acceptable deals with several record labels, but it always ended with them showing their true colors, which were always selfish and one sided, so we would always walk away from those conversations. I have spent enough time in dead end deals with labels in the past, so I´m not going to get stuck in one of those again. my mantra through the whole ordeal was that I´d rather never release The Great Deceiver than give it away to a greedy piece of shit label that would never do anything with it, let alone give us any type of compensation for our work. So that whole process of trying to work with record labels was a major waste of time unfortunately, and if I had been a psychic I would have skipped that entire step and just created our own label with worldwide distribution, which is what we ended up doing eventually. Omnipresence Productions is our own label.

– What could you say «The Great Deceiver» brings to your music that hasn’t brought any of your previous records?
I think it´s a lot more choesive and «together» and I think the entire production is miles above anything we´ve done in the past. We have never really worked with big name producers or engineers. It has always been a DIY project for us, with each record. I think we´ve managed to create a big and pissed off sounding record, with some great atmospherics thrown in there, so it´s pretty dynamic at the same time. This way of putting together a record is nothing new for us, but this time everything seems to «gel» together better than before. I think my singing has improved and I also think we captured some really great melodic content in the middle of all the anger and noise that perhaps we didn´t do in the past…

– I could say «The Great Deceiver» has a more straight-forward and angrier sound. Was this album some kind of outlet for you?

It is definitely a more consistently energetic album yes. It was made over an extended period of time, so it´s not a product of being pissed off and making a record about it in 2 months…But I have been batting my personal issues (many layers, issues, hangups, etc) for years, so it´s definitely been therapeutical, there´s no doubt about that. Just because you write a song about something you hate or despise, doesn´t mean it´s going to go away, so you write another song about it. haha!!

– Sound-wise this is a really heavy album. Was this the sound you were looking for? How was the production process behind it?

It was pretty much just me and Levi spending a lot of time in the studio, going in and out, doing things over and over again. It has a lot of layers of strange noises and sounds, combined with heavier more organic elements like guitars, bass, etc… We knew that we wanted to create the heaviest album we had done so far, but we didn´t have a set strategy or anything when we started. It´s been and on again, off again process really, but always with the 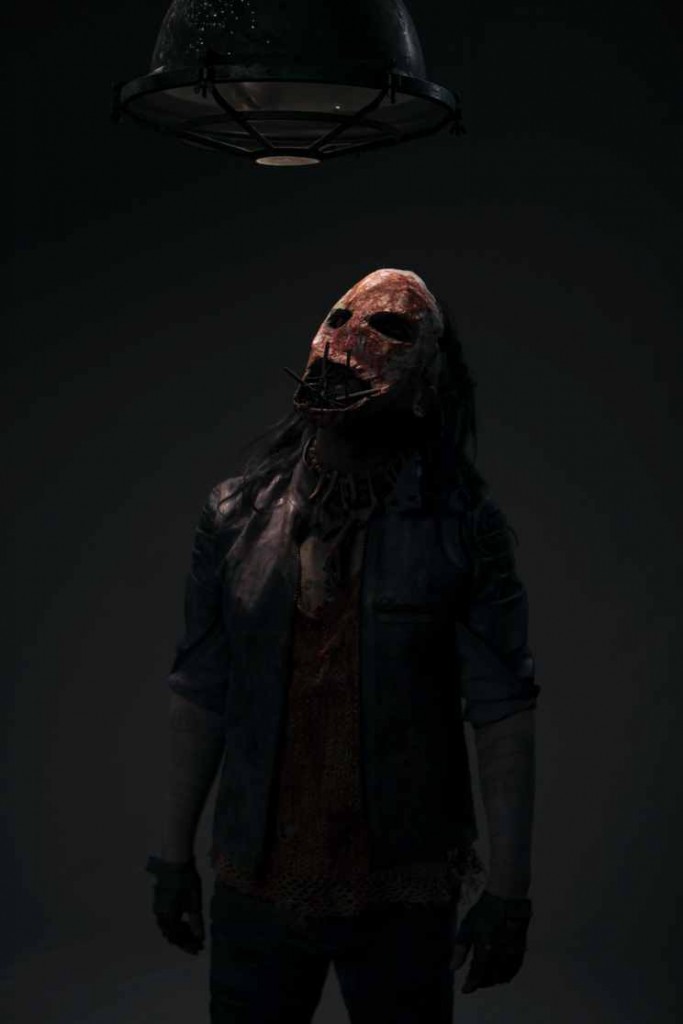 mindset that we want this to feel heavy and dense, not always in the literary sense, like a heavy metal album, you know? But just heavy in the sense that the production has weight and density. One thing we did was that we put dozens and dozens of sounds and layers into each song, and we spent a ton of time EQ´ing and processing all of those sounds so they would fit in and not drown out the main sounds…We just cleared space to get as much stuff in there as possible…I realize that is probably a very non-commercial way of working, but we never really aimed at making a commercial sounding album. We wanted to to sound good, but we never thought about how this would sound on the radio, because who the fuck would play Mortiis on the radio?

– What do some of the lyrics on this opus deal with? Where do you draw inspiration from to write them?

Most of my lyrics probably seem like silly ego trips, but they are therapeutical to me, and I can sing stuff like that knowing it will stand the test of time and still be relevant to me untill the day I die. It´s a lot about mental darkness so so speak…The demons of the mind. The ones that never seem to let go. There´s nothing romantic about it – I´d lovve for those clouds to clear, it would make my life easier, but it is what it is. I sing about these things a lot. I do try to make it less about me sometimes though, I deal with different topics too…Greed, lies, commcercialism. Of course those things all go hand in hand.

– All this about «The Great Deceiver» being said; how could you describe it in just 3 words?

– MORTIIS’ sound has always been diverse, dynamic and exciting. Due to this I would like to know what have been the main musical influences for the band.

Just being creative and not concerned with outside expectations – that is a mentality I try to maintain. Across the timelines, musically we´ve been influenced by Ministry, Skinny Puppy, NIN, Enigma, various soundtracks, Tangerine Dream, Klaus Schulze, The Prodigy, and so on. Not necesarily during the same time periods though. I always often will hear little things in one-off songs. Might just be nifty little ideas, or a cool sound, or poroduction tricks that I like and try to figure out it´s been done etc. So it´s really anything and nothing to be honest.

– MORTIIS has been around for over 20 years now, which is a lot but can you tell us what have been both the best and the worst moments with the band to date? And what’s left for you to get or to do into the music world that you haven’t done yet?

i have no idea what is left to do. Honestly I don´t, I mean apart from trying to make a better album, or at least keep making interesting music that is satisfying to ourselves and our fans out there. I think one of the worst moments was when a record deal that would have been great for the band many many years ago fell apart hours before we were going to sign in, forcing me to go back to another record deal I knew wouldn´t be nearly as good or benefitial. One of the better moments was getting to work with guys like Chris Vrenna. That was kind of payday for me personlly, being aknowledged by guys that had inspired me.

– And finally, what are now your near-future plans?
touring the Uk in May, and we also have a couple of other video projects going on. In the fall the plan is to release a companion piece to The Great Deceiver, that will contain several remixes and also some unreleased versions of several songs from The Great Deceiver. 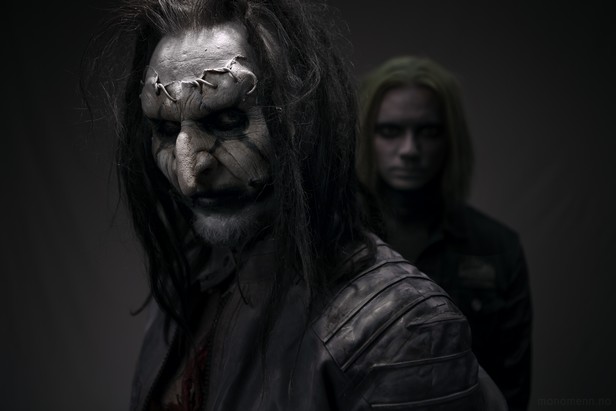 Thanks for the interest. People can always visit mortiis.com for more info. We are taking pre-orders for The Great Deceiver LP right now, through mortiis.com – it will be released on May 20th. The LP will kick ass, it´s a double LP, in a triple gatefold sleeve with a 12 page 12″ sized booklet. Very artsy 🙂