– Hello and first of all, thanks for taking the time. How is everything going right now with HIMINBJORG? What are you currently up to?
Well, I have some health issues right now which prevent me from being on stage until “Ragnard Rock Fest” in France in July. The welcome of the new album is going really well.  We’re currently planning future shows that we’re going to play after the Ragnard Rock Fest and I hope that wewill come play in Spain, I live not far from you at this time, near the Mediterranean side.

– You have just released your first album in 5 years, entitled «Wyrd». How are you feeling about it? What are your expectations on this release?
Everyone qualify this new album as a true spiritual traver, as a pretty good muscal achievement. And I’m happy for it because this is what this album is, its overall creation process has been a real adventure made of improbable meetings. I’d like this album to be spread as much as possible, to share this adventure with the public.

– What does HIMINBJORG mean to you? What prompted you forming the band?
Himinbjorg is this part of my spirit which is the guardian of my tradition, of my culture. This is what allows me to convey my spiritual experience in its achievement but this is also a vehicle which brings it to people through the music. In the Germanic tradition, Himinbjorg is one of the seven homes of Heimdall who is the Asgard keeper. He keeps watching the giant’s return who want to destroy the synthetic god’s conscience, the knowledge.

– Starting to dig into your newest opus, I think it will surprise your listeners, as it supposed an evolution for the band still keeping the essence of the early albums. Is it easy to evolve without betraying your roots?
Actually, I make an album when i feel that I have something to say, otherwise  I do nothing. I don’t have to undergo any kind of commercial constraint and I stay loyal to myself whithout any compromises or concession. I just have to feel where the music want to bring me and I put everything together to make it. What is difficult is to gather the money you need to do it. Today, I’m really proud to be able to say that none of our album is similar to the previous while we can recognize and identify Himinbjorg as soon as we start listening to it. All of the albums tell a part of my spiritual travel.

– Where do you draw inspiration from to write your lyrics?
Within myself, I only tell what my research bring to me, my inner path

– And what does the cover artwork represent?
We can perceive it as a meeting with our ancestral part, a guiding spirit which reflects what we are deep inside.

– Sound-wise «Wyrd» sounds better than ever. How was the whole production process like?
I recorded all the instruments in my own studio except for the drum, then, the album was mixed and masterised at WSL studio by Patric “Darkhyrys” G. The final product is indeed excellent due to its precision and its analogic touch which is lacked in productions nowadays.

– You have also had some guests artists on this album. Would you mind to elaborate a little bit on who are they and what their input was?
There is Christophe Morvan who is a famous traditional Breton musician who recorded a large number of albums with Tri Yann, Soldat Louis and so on… Christophe is an amazing bagpipes and flute player. We also find the talented Baptiste Labenne from the folk metal band Boisson Divine, who performed as much guitar solos as flute parts or Boha parts (Gascony bagpipes). He also played mandolin. I let them have an ear at the songs and they recorded their parts depending on what they were feeling. With such an asset and resources, it was pretty simple to come to a successful production on each song.

– This about «Wyrd» being said; how could you describe it in just 3 words?
Shamanic, powerful, passionate

– You are hailing from France, a country with a wide Metal scene, but we can’t find that many French Viking Metal bands so, are there any acts into the genre from your country that you could suggest? 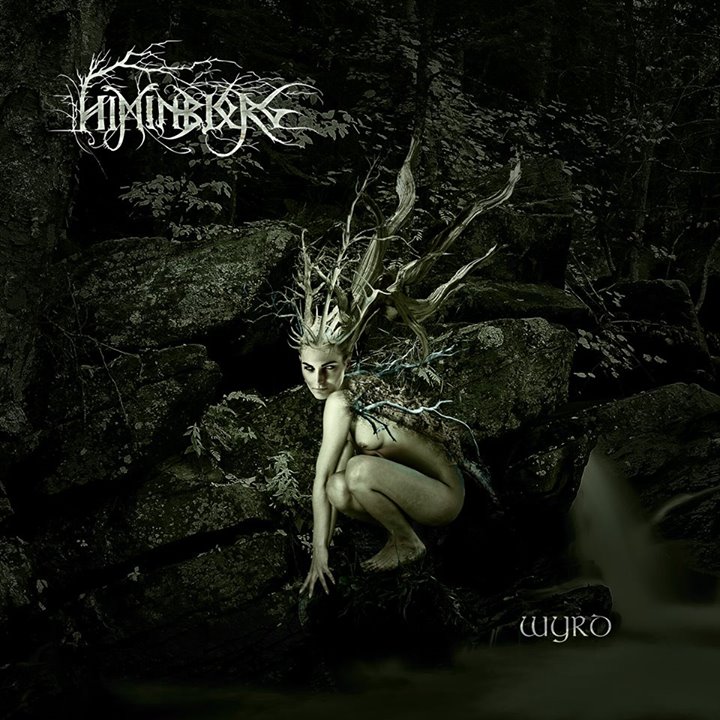 I would say “The Aeternitate commando” form Crystalium in the pagan genre. But I can also suggest other bands like Forbidden site and suppuration which have treasures in their discography.

– And finally, what are your near-future plans?
Play lives, I really enjoy it and with other members of the band we can’t wait for it!

– That’s all, thank you once more for answering our questions. If you want to add some final words; feel free to do it.
Thank you for the interview and I hope that we will come play gigs in Spain some day.