1- Hello, thanks for answering to our questions. What are you guys currently up to?
Getting prepared for the release of ‘Priests of Annihilation’ and eventual tour! We’re also working on the next record already! Jamming, working, sleep. We have a ton going on and we couldn’t be any more excited!

2- First off, could you make some history of the band?
Me and Brian started playing guitar together a while back. Then, we decided a proper band would be in order. There’s not many people that want to play our style of music where we live, so we had to branch out a bit. We met our drummer, Mitch, through a mutual friend and our first bassist through a friend. I believe we became «official» in 2013-ish.

3- How could you describe your sound?
It’s an amalgamation of everything we dig. Brian and I are the sole writers and we would describe it as a mix of many styles of black, death, thrash, blues, R’n’R, shred, tech, and classical music. We listen to just about everything and I think it shows in our sound. It’s like one huge metal mind fuck! 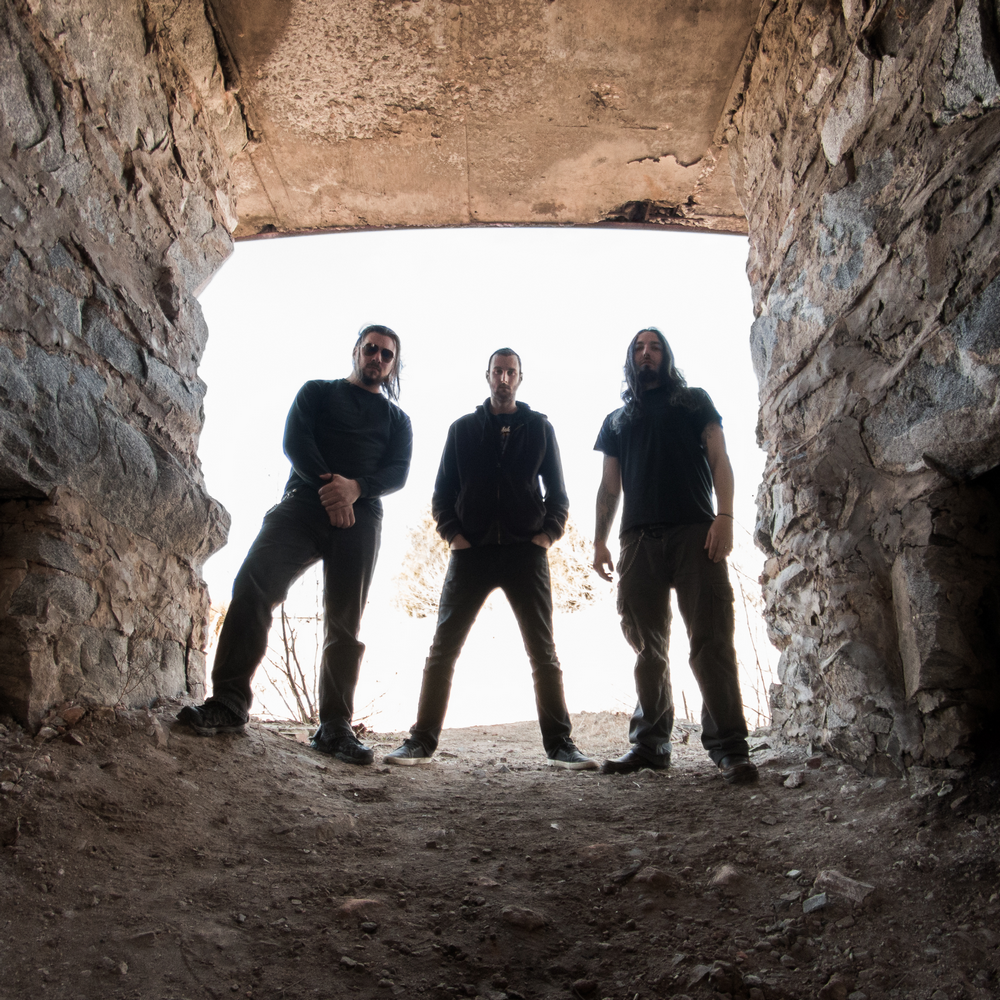 4- What are the band’s main musical influences?
We dig a lot of Classical music, The Beatles, Death, Slayer, Sepultura, Immortal, Dissection, Emperor, Pantera, AngelCorpse, Origin, Nile, Jungle Rot…  Me and Mitch grew up on punk bands like Anti-Flag, Subhumans/Citizen Fish, Op Ivy, The Misfits… so, a ton of influences.

5- How is the feedback for your new album being?
People seem excited to get their hands on it! For the people we’ve let listen to it, they really fucking dig it! I fucking dig it and I’ve heard it  over 8 billion times! We counted. It’s a fact.

6- And are your personally satisfied with the final outcome?
No. We’re never satisfied. It’s a curse!! Actually, yeah, we’re all pretty stoked! There’s maybe 4 nanoseconds that I know aren’t right, but you are your own worst critic! I just hope everyone else enjoys it as much as I do.

7- How could you describe this opus in just 3 words?
Invalesc de Profundis

8- How has the production process for your new release been?
It was long and tedious! Brian spent so many hours going over every minute detail. He’s a trooper! We gave our feedback and wanted to make everything sound just exactly how we wanted it to. And I think the final product speaks for itself.

9- And how do you use to work on the songwriting?
I come up with chicken shit and Brian turns it into chicken casserole! Actually, we both feed off each other. He’s better at arranging, and I’m somewhat better at just endlessly spouting out ideas… believe me, not all of them are winners. There’s a lot of fat trimming that goes on. Usually, if one of us doesn’t like  something, we ditch it. 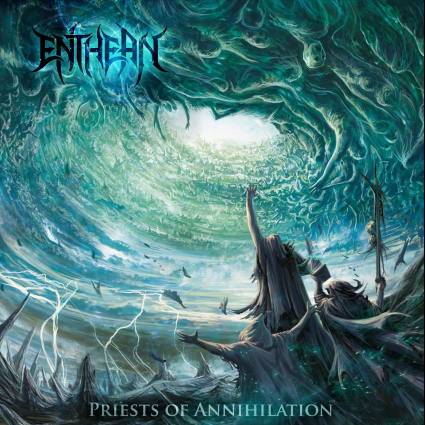 We’re going on tour sometime this year and we hope to fucking slay and/or melt everyones faces! If they’re not slayed or melted, I at least hope to cause some third degree burns on the minds of our audiences. If not that, maybe a mild rash…

11- That’s all from our side, thanks again for taking your time to answer our questions. If you now want to add some final words; feel free to do it.
Thanks for the interview! Also, check out all of our social media outlets for details and pre-orders of the new album! Also, QUEENS OF STEEL FUCKING RULES!
https://enthean.bandcamp.com/album/priests-of-annihilation
www.facebook.com/Enthean
www.twitter.com/EntheanMetal