1- Hello, thanks for answering to our questions. What are you guys currently up to?
We are currently getting ready to release our debut album entitled «Existence In Revelation».

2- First off, could you make some history of the band?
Well NilExistence arose from the ashes of the band Disfigured Dead which released an album on Hell’s Headbangers entitled Visions Of Death and then another release put out by Sevard/Butchered Records entitled Relentless but after all that we just decided we wanted to take a different approach to the music and start over fresh which led us to where we are now.

3- How could you describe your sound?
Aggressive and fast mixed in with some emotion. 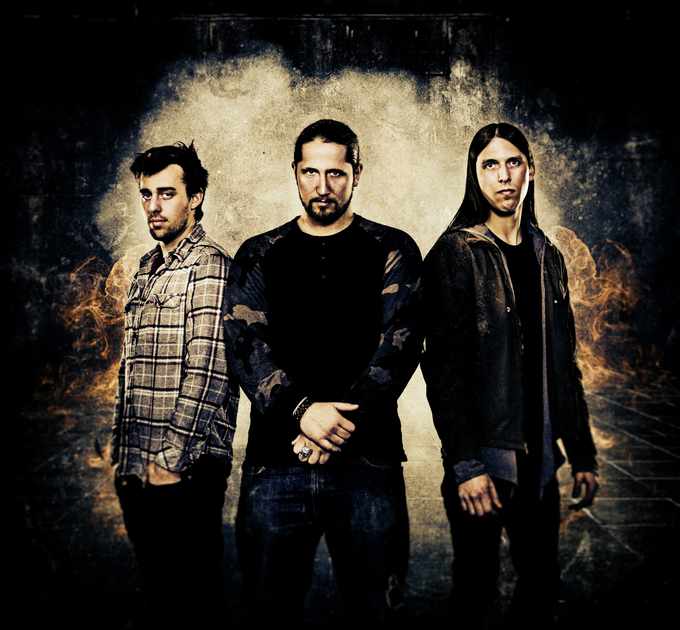 4- What are the band’s main musical influences?
I would say we are musically influenced by Hate, Behemoth, Decapitated, Lost Soul but I would say that we continue to be influenced in different ways by many artist and are always trying to find ways to enhance our sound.

5- How is the feedback for your new album being?
Well we’re just waiting to release it so I’ll let you know after that haha.

6- And are your personally satisfied with the final outcome?
Yes. I think every artist when starting a new piece of art has alot of expectations in their mind. Now seeing them all through, with all the factors that come with recording and making the music is a totally different story.  It came from raw emotion and that was captured well!

7- How could you describe this opus in just 3 words?
In Your Face!

9- And how do you use to work on the songwriting?
Well for this album we had much of the song lyrics written and I (Dave) wrote the songs around them and we because in past bands we always wrote in, what I would say is, the classic style of writing songs and then writing the lyrics but we changed that up for this album so we could see what its like to create songs from a different perspective in hopes of building our songwriting abilities.

10 – Finally, what are you near-future plans?
Our near future plans are to get our album out and tour and play as many shows as possible so we can get the music out there.

11- That’s all from our side, thanks again for taking your time to answer our questions. If you now want to add some final words; feel free to do it.
I just want to say thanks for your time and for all of you that haven’t heard us check out all our pages and keep on the look out for a show near you!
https://m.facebook.com/nilexistenceofficial
https://nilexistence.bandcamp.com
https://youtube.com/channel/UCSIvJdw3IrlIMZj3vgYc-eA