1- Hello, thanks for answering to our questions. What are you guys currently up to?
Since we found our “new” line-up back in mid 2014, we first had to set up a good playlist for all our shows. Since a few months we started to write new songs for an upcoming release, but things are going slowly, because we all have jobs, family and lots of other things to do, so the time together is very reduced.

2- First off, could you make some history of the band?
BLOOD was formed by Eisen, Taki, Geier and Radtke in March 1986 as a fun-noise Band. We recorded 3 Demos during this noisy time. In June 1987 VENTILATOR joined BLOOD and the songs got more structure and the music became serious. The 4th Demo ´HEINOUS NOISE´ was recorded in Oct.1987, the 5th Demo ´SPASMO PARALYTIC DREAMS´, where Bestial Bernd used the micro in Feb.1988 and the 6th Demo ´NO REGRET´ in Aug. 1988 with Chuck on vocals.After that we found a new Singer called Martin. At the beginning of 1989 we got our first record-deal with the US-Label ´WILD RAGS RECORDS´ the release of our debut LP ´IMPULSE TO DESTROY´ was in July 1989. One year later WILD RAGS released our first EP, ´RECOGNIZE YOURSELF´. After that we finished our cooperation with the label. In Dec. 1990 we recorded 5 new songs, which were released on two different split EP´s (one with IMPETIGO and the other with AGATHOCLES). those EP´s were self-releases with nearly 2000 copies each sold. After experiments with a second guitar player and another singer-change (Alex replaced Martin) we got another record deal with the german label ´1MF-RECORDz´ for the next 2 BLOOD Albums. The second LP called ´CHRISTBAIT´ released in June 1992 and the 3rd Album ´O AGIOS PETHANE´ where Martin re-joined Blood released in Sep. 1993. After that release we signed a deal with ´MORBID RECORDS´. In August 1994 they did our split EP with DEAD INFECTION (with Eisen on vox) and the re-release of the 1st BLOOD Album on CD. In march 1994 we found Clausi, who used to be our actual singer and stopped the permanent line-up changes. later we recorded our 4th Album ´MENTAL CONFLICT´ released in Dec.1994. In Sep.1995 we did another EP called ´SPITTLE RED OF BLOOD´ out on Iron records. In 1996 we recorded our 5th Album to be released in August 1996 as a self release (called `DEPRAVED GODDESS´). The next release was the split EP BLOOD/MYSTIC CIRCLE out since May 97. In December 97 the split EP with PSYCHO (USA) is released on AX/TION records,USA.  The BLOOD/INHUME split EP was released in may 98. After that, we signed a contract at ARS METALLI records for the 6th full BLOOD album called `gas flames 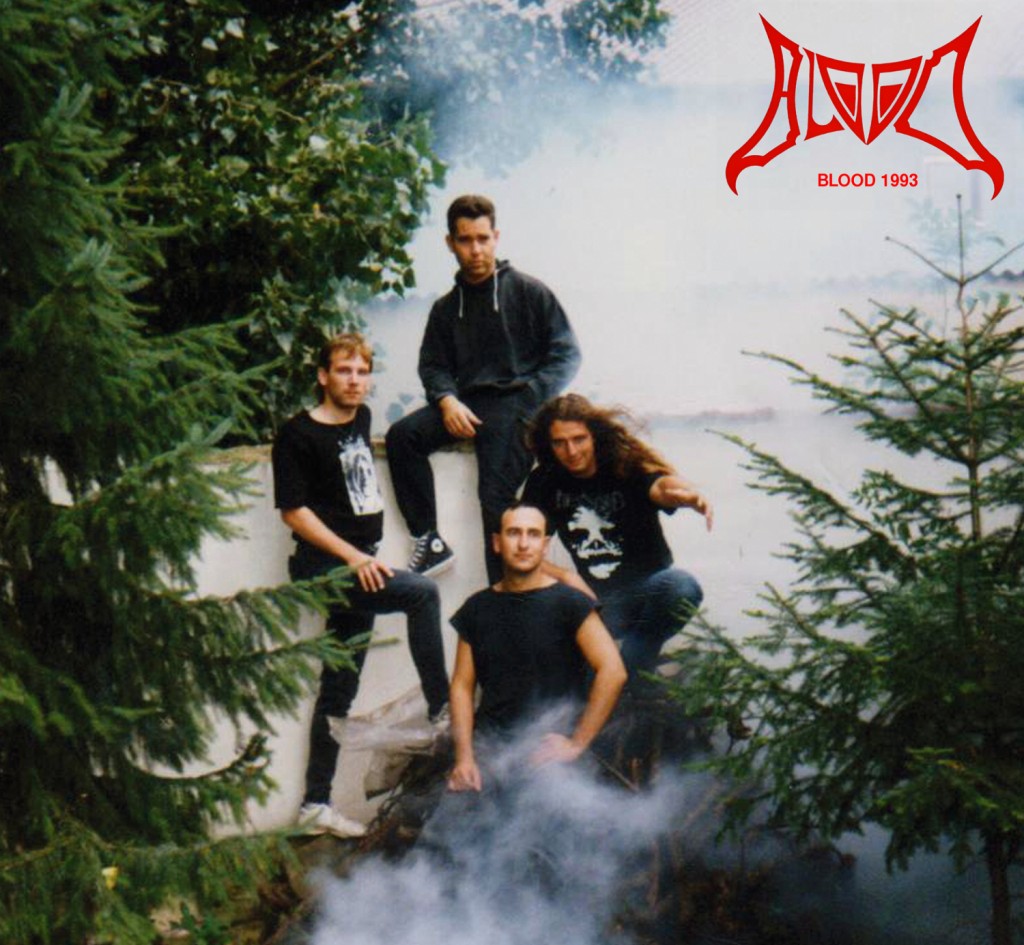 bones` released since August 99. In 2000 we became part of the IMPETIGO-tribute CD on Razorback records – USA. In early 2001 the BLOOD/WARSPITE split 7″ released by Xetal records saw the daylight. After that in April 2001 KETZER PRODUCTIONS released the full BLOOD 7″ called massacre. In march 2003 it was time for us to release the 7th and latest BLOOD album called «Dysangelium» on Morbid records… In May 2014 we recognized ourselves and had some line-up changes. We luckily got Martin Witchskinner back and Chuck joined the second guitar to have a more brutal sound!

3- How could you describe your sound?
Blood is a unique mixture of Death Metal and Grindcore. In earlier days we sounded more grind, later more Death, but we love to have it as catchiest as possible and not too technical.

4- What are the band’s main musical influences?
As we started, we were inspired by the old german thrash Bands like Sodom, Destruction and Kreator, also by Hellhammer, Possessed, Death, Hirax, Hallow’s Eve, Exodus and many many more.

5- How is the feedback for your new album being?
This new release is a re-release of our in my opinion best output from 1993, as we had the perfect line up combined with a killer sound. This new version contains a monster layout, information, pictures… it is a blast! Hope people will also enjoy it, like we do.

6- And are your personally satisfied with the final outcome?
Yes – absolutely. Dunkelheit Produktionen did an amazing job and to didn’t spare neither trouble nor expense to have a great output for the fans

7- How could you describe this opus in just 3 words?
Brutal fucking Satan

8- How has the production process for your new release been?
Back in a time, where you could not easily record digitally with computer programs, it was much work to finish that recording during 10 days. It was a 16 track special tape and we worked almost 12-16 hours a day to get this awesome sound. The record company at this time (1MF) sold about 5000 copies of it, but then Death Metal became a big trend with too many bands, that it was hard to sell more.

9- And how do you use to work on the songwriting?
We did nearly all the songs within one year (since the album before – Christbait from 1992), combined with an old song from the early years. It was an intense time with not that much other things beside the band. 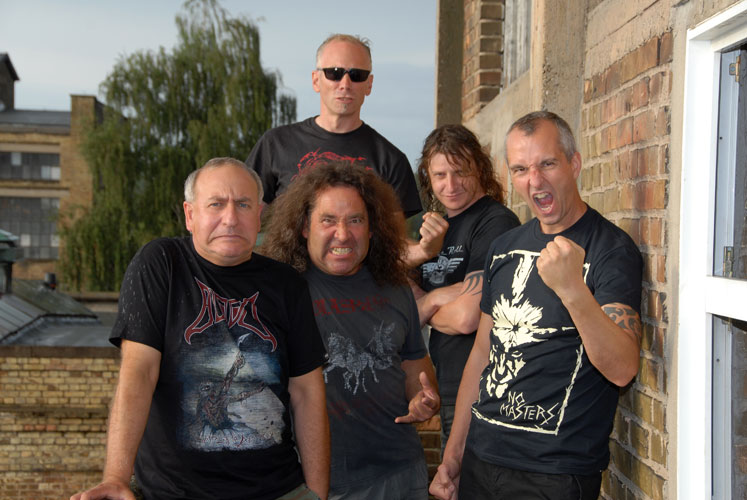 We had some very few shows setted for 2016 (In June a small NL tour with our friends of Inhume). We have a few offers for other shows, but we want to spend all energy onto our next recording, that is planned for November. You see, we are fully organized in 2016, but we are germans 🙂

11- That’s all from our side, thanks again for taking your time to answer our questions. If you now want to add some final words; feel free to do it.
Thanks for your interest and thanks to all who supported us during the last 30 years. That makes us proud and let us stay together and play some more brutal shit.
WWW.DUNKELHEIT.CC