– Hello and first of all, thanks for taking the time. How is everything going right now with CANCER BATS? What are you currently up to?

hey whats up ! thanks for doing the interview! Currently we’re bundled up in freezing Toronto just getting ready to head back out on tour!

– You recently released your newest album, «Searching for Zero». First off, how is its feedback being so far? And what were your personal expectations and goals with this opus?

SO far the response has been awesome! People are stoked on the new jams and seem to be excited about what the rest of the album will sound like. I couldn’t be happier! I feel like with any album we put out our main goal is to stoke out ou fans and have something awesome to share with everyone live on tour.

– The title of the album is quite inspiring. I read it’s about finding your absolute zero. So considering this, is it also an autobiographical title?

I try to make as much of the album about my own personal life and to be as honest as possible, but also to make sure that the themes of the record and each song still represent the rest of the guys in the band. That way the album itself can be a representative of everyone involved and not just me as the singer.

– And is this a theme that runs through the songs of the album? What do some of the lyrics here deal with? 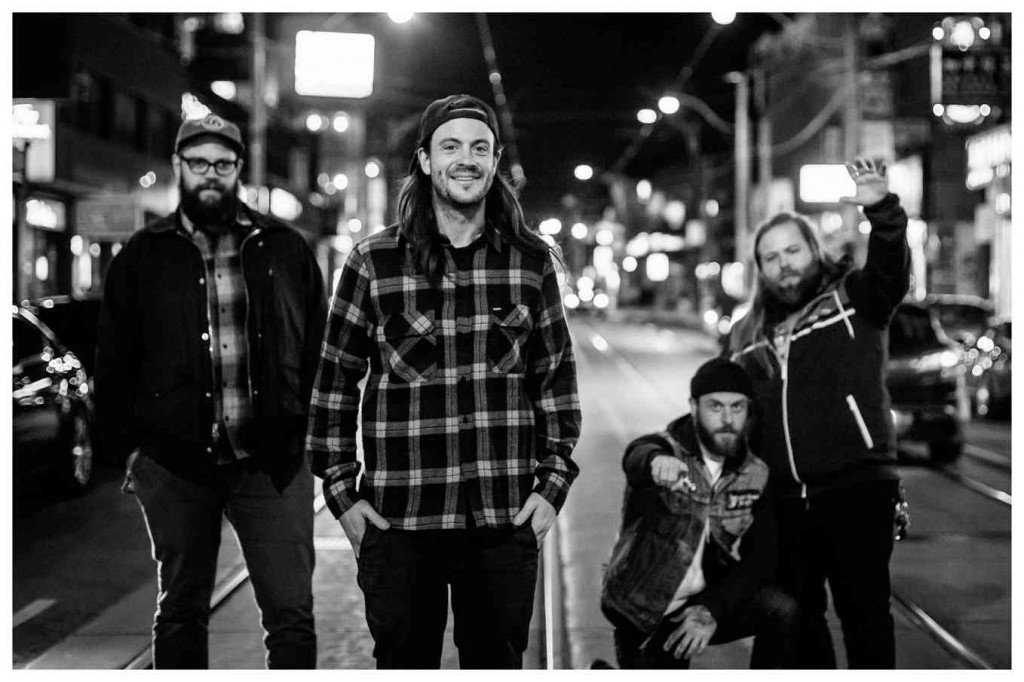 shaped us on this path. True Zero and No More BullShit are very much the book end thesis and conclusion of that said idea, the whole Searching For Zero journey if that makes sense haha

– After giving the album some spins I personally think this is your most melodic opus to date, both on a musical and vocal level. Was this how you envisioned the album or just how things turned out?

I think its really just the way that things turned out. I think we’ve always had melodic elements to our songs but in a lot of ways i think we’re now at a point in our song writing and as musicians where we can really follow through on those ideas. In a lot of ways I felt limited in my rage vocally and now feel like I’m able to sing a lot of the more melodic ideas I’ve only attempted in the past.

– You have incorportated some new elements while mixing things from your previous albums. Is this the actual sound of CANCER BATS or is there always room for evolution?

I think when it comes down to it, as long as its the 4 of us writing music together it will always sound like Cancer Bats. Even when we cover other bands or try and play something totally different, when we listen back we always say to ourselves “well that just sounds like classic Bats” haha So from doing that enough and having that work out time and time again, I feel like its given us a bit more confidence when it comes to trying different styles and new ideas.

– In fact you mix things you’ve done on previous album taking everything to the next level, brutality is more brutal, darkness is darker, melody is more melodic… What did inspire this album and this subtle different direction?

I think the main reason it sounds like such an extension from previous efforts is because we actually had the time to really work through a lot of ideas. We spent more time actually writing and working on this album than all 4 of our previous records combined. With the extra time we had we could really work on songs from every angle and make sure that everything we were trying was given enough time to actually make it all work. If we had to rush these songs I oddest thin we would have ever made it to the point that we are at now with them. Im so thankful that we had a label that didn’t need to rush us to finish this album. 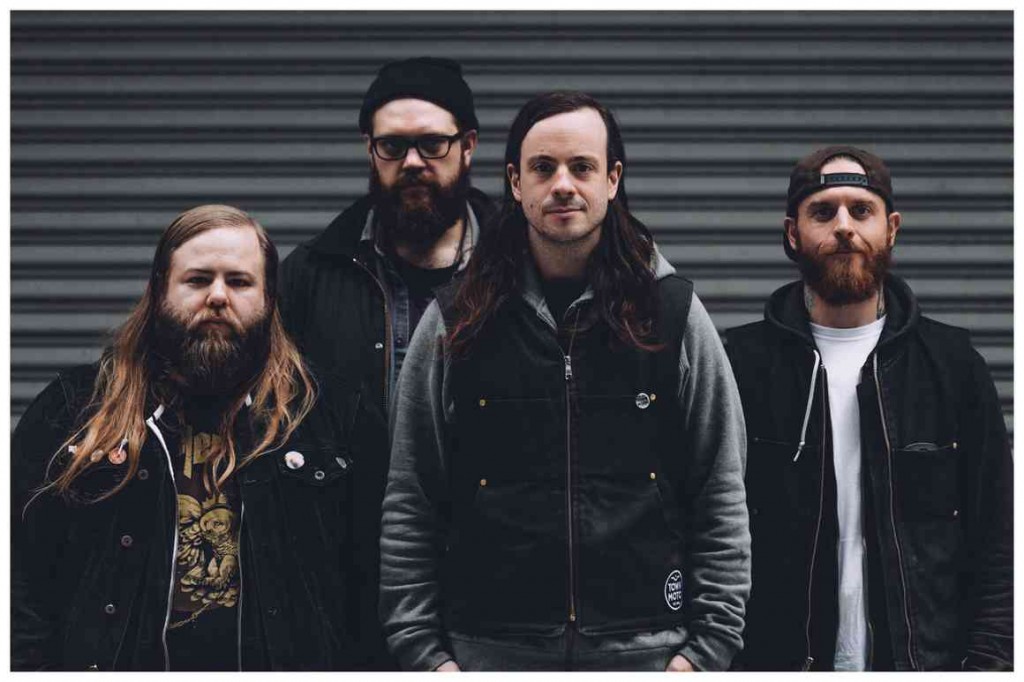 – Anyway you have managed to offer something different with each album. Is it easy to come up with new ideas still being yourself?

I don’t know if I would say its easy but I do think that now were at a point where theres less pressure and its more fun in the studio. We always want to make sure that the 4 of us are happy with every song and will sign off on it being finished. At this point once its made it through the 4 of us agreeing we know that its worthy of our fans.

– All in all «Searching for Zero» has a lo of contrasts and dynamics. How important is for you to keep things fresh and enjoyable?

Thats the hugest thing for us! I think if we had to just play one style of music we would be so bored so for us to have thrash songs and stoner jams, punk songs and total metal ragers is what keeps us all stoked and makes for super fun shows.

– For instance I think «Beelzebub» has a quite 70’s inspired sound. What’s the story and inspirations beind this tune?

Thats one of our favourites because its so different from any song we’ve done before. We always like to look at older songs as like a starting point, where Lucifers Rocking Chair has such a crazy beat and vibe so then to say “ok what if we wanted to write a song like that but way more stoner and way more Sabbath but at the same time like Pantera style melodic” Then we take a song like that to Ross Robinson and he goes “dudes you should put the solo at the start and make it super old school metal!” and then we’re all like “YEEEEAAAAAAHHHHHHH” hahaha

– The whole sound feels more mature and complete. I read you had much time to work on the songs so, did this have any effect?

Had a huge effect and I think in a lot of ways its also because we’re getting older. I just turned 35 and I think i know can appreciate a lot of different music that I may not have fully been into when i was younger. I feel like this album in a lot of ways is us paying homage to all the older metal heads being like “we’ve just caught up” haha

– This opus was procuded by Ross Robinson. It was your first time working with him so, why did you choose him? Are you pleased with the result obtained?

Working with Ross was the best thing ever! He is the raddest and most down to Earth person I have ever met. He has more reason to have an ego than 99% of the people in the music industry and yet he’s so chill and still just making records because he’s stoked. If we hadn’t recorded with Ross this album would have sounded so different.

– All this about «Searching for Zero» being said; how could you describe it in just 3 words?

– You are now touring North America and you will head to Europe in April so, what can your fans expect to see on these dates?

I’m so pumped to be touring this album and back on the road, i’ll be head banging until i puke every night!

– And after all this touring, what are some of your other near-future plans?

Near future is to tour in a ll the places that we don’t hit in this first month so don’t be sacred we’ll be coming for you soon!

Thank you for doing the interview and I can’t wait for the whole world to check out our new album in MARCH FUCK YEAH!!!!!