– Hi, thanks for your time. What are you currently up to? How is everything doing right now with BLACK CRUCIFIXION?

We have the best release in 22 years in our hands, so it feels good and rewarding. And it feels good to talk to a quality metal media in these times where quantity comes before quality.

– You will soon release your new opus, entitled «Coronation of King Darkness». What are your expectations on it?

We never hold much commercial expectations but hope that people who appreciate music that was made heart and thought will find the album and enjoy it. We already enjoyed making the music and the art work and other design around it. Coronation of King Darkness was produced in a very natural way, unlike much of the music nowadays. There’s actually a band playing on it.

– You don’t use to release albums regularly, but this new effort will be released just 2 years after «Hope of Retaliation» came out. In fact when we interviewed you in support of that album you told us you use to have written several songs so, did this time take you less time to select the material for the album?

– And what could you say are the main differences between both albums?

You can say that Hope of Retaliation was the key that opened the door to Coronation of King Darkness. These two albums are very similar in spirit but the new one uses even a wider spectrum of expression. In that sense it has touch points also with all our earlier releases.

– This record, once more, shows your 100% your personality but, is this te actual BC’s sound or is there always room to keep on shaping your own identity?

This is how the current Black Crucifixion sounds like. All of the studio tracks of Hope of Retaliation could have made it on Coronation of King Darkness so the sound of band has been found. But it is never carved in stone, bone or even wood.

– Once more you’ve unleashed a really raw and rough sound; is this something important for you?

Absolutely. When producing the album we want to get a natural sound that suits the songwriting and ties all the material together. We hat low-fi sound made just for the sake of it but don’t either want to make music that sounds too hygienic and sterile.

– Anyway there are also some acoustic melodies, which creates a nice contrast with your usual sound and also helps leaving a bigger impact on the listener. Was this something you were looking for or do you just let things flow naturally?

This something that has always been part of Black Crucifixion. The Fallen One of Flames had this side to it and we have always cherished it, so I have to agree with you, it is a natural flow.

– Atmospheres also seem yo be really important, are really pestiferous and devastating but, what do you want to express with them? And where do you draw inspiration from to create them?

We pay a lot of attention to getting the albums soundscapes right so that its atmosphere carries all the way through the record. Finnish nature and the way of life plus of course a wider perspective of literature and other imagination-enhancing stimulus serve as inspiration. Very seldom it comes from other bands or music.

– Leaving the musical aspect aside; what’s the main concept behind this album? I’ve read there are songs for brave people, those who think by their own and stand their ground, and I personally can find some kind of connection to a certain anti-religion attitude, was this something you also wanted to cover with the lyrics on this release?

I write lyrics for our music and want to avoid the clichés of the genre. They need to be good enough to work on their own, even without the soundtrack: But of course the music is the most important component of BC’s work. Lyrics complement it. There is no storyline on the album as such but the lyrics resonate my values and life. Everyone in the band do not have to live the way I do but they have to be able to stand by my words. The listeners have the right to agree or disagree, of course.

– You have always had pretty singular artworks, totally recognizable, and this time you make no exception. The cover artwork was created by Erkki Nampajärvi. What did you want to express with the art and how did you work on it?

True, the visual side has to match the music and the lyrics. Nampajärvi’s art just suits Coronation of King Darkness so well that it was an evident choice. I can’t describe but as you hear and see, it is a marriage made in Hell.

– This has been your first album with Spinefarm Records, which seems to be a pretty good home for Finnish bands. How is everything going with them so far? 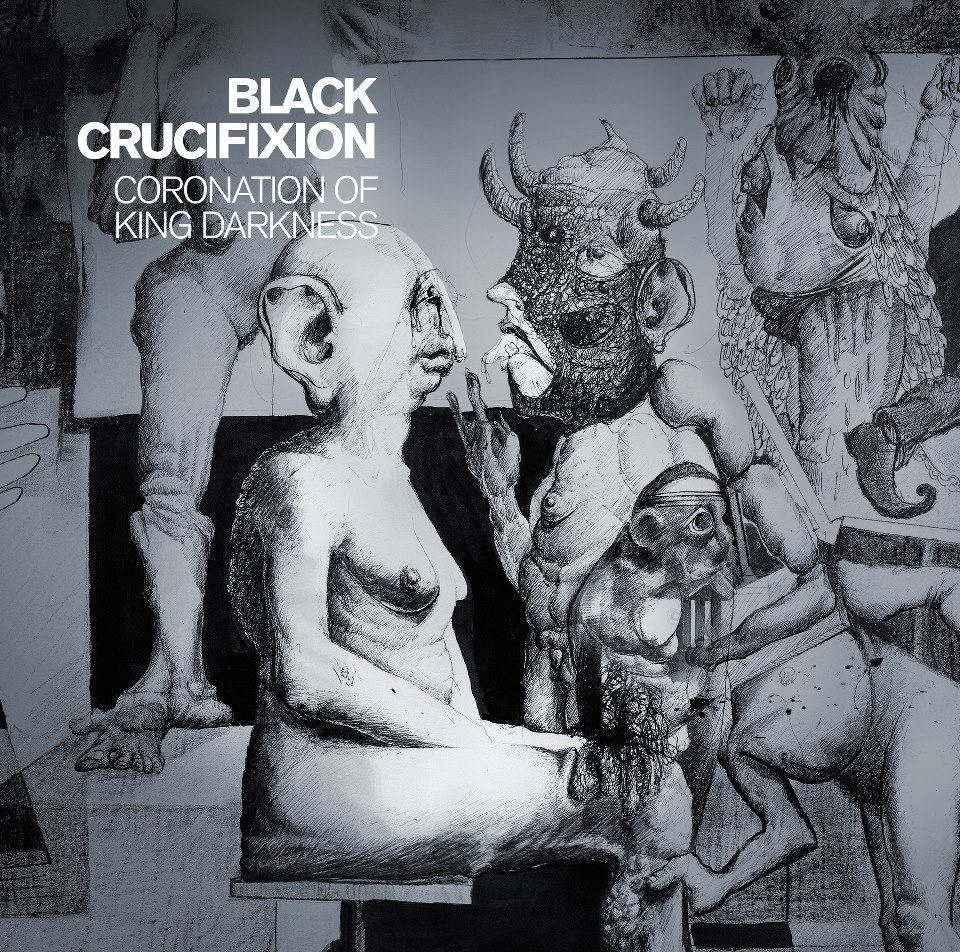 We have no reason to complain. The album is a co-operation with Spinefarm and Fallen Pages Productions that released BC’s first work in 1992 so we have total artistic freedom. That suits us.

– All this about «Coronation of King Darkness» being said; how could you describe it in just 3 words?

We wil play a handful of gigs and then see where life takes us. Near-future plans are always frail with a band with a lifespan of decades.

This interview was a pleasure. Check out the album’s single track here and get the disc delivered to Spain for just 2,95 € postage: http://äx.fi/P342409

We will be glad to play Catalonia or Spain, so professional promoters feel free to contact us.