– Hello, thanks for taking the time. How is everything going right now with HONEYMOON DISEASE? What’s going on right now into the band’s camp?
Hi! And our biggest thanks to all your killer live photos you’ve been taking on us!  Right now we’re polishing our live set and working on our second album. We’ve got so many ideas for the next one so we can’t wait to put new tunes on a new killer album!

– You are currently touring Europe with AVATARIUM and THE VINTAGE CARAVAN. How is everything going? How is the crowed reacting to your songs?
We really had a blast at the tour! Great respons from the audience and from plenty of managers at the venues. To do our first tour so quickly after the release of our first album really made us hungry for more!

– Last year you released «Fast Love», your debut single. And only one year later your debut full-length is already out. How are you feeling about it? What kind of activity did you have until the release of «The Transcendence»?
We have always aimed high, even from the first time we rehearsed, so recording the full length a year later was just natural for us. After the single were released we just jumped on the live show-train immediately and were doing plenty of live shows all around Sweden and Germany. We were really everywhere to spread the word!

– In fact this record is being released with a well stablished company as it is Napalm Records. In that regard do you think «Fast Love» helped open new doors for the band?
Absolutely! We wanted to spread the disease as fast as we could, so choosing to release our first single by ourselves was absolutely the best thing to do. You can’t just wait for great things to happen if you don’t work for it, so that’s what we did. We worked our asses of actually! And as a reward, Napalm Records called us. So that was certainly a great honor!

– As I said, you have just released your debut album, entitled «The Transcendence». How are you feeling about it? Are you pleased with the way it turned out?
We are more than pleased! The Transcendence is our first album and it couldn’t have been any better! Of course, when you hear the songs for the first time recorded and everything, you sometimes wonder why you did or didn’t do some things. But in the end, all those things were recorded for a reason. So that’s the way the songs should be and sound like! It definitely brings more soul to it. 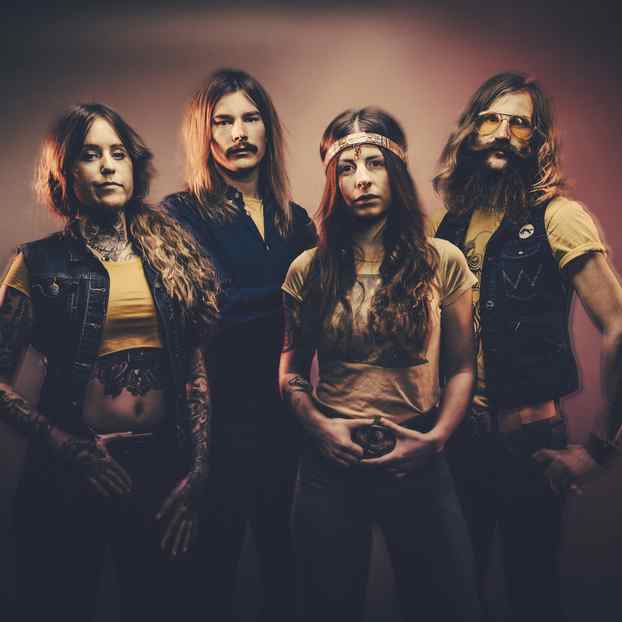 – The word «transcendence» stands for something beyond natural limits. Could you say this fits your music in any way?
The album title came up in the studio and it felt right as soon as we started to talk about the meaning of the word “transcendence”. Like you mentioned, it stands for beyond limits. And that’s exactly what the album is all about. No limits at all!

– Your music is not only rooted in the 70’s, but I think it also has 60’s and even some 50’s elements, with nods to different kinds of Rock. So before digging into the album, would you mind to tell us what are some of the major influences for HONEYMOON DISEASE?
Our influences are many! But to mention a few it’s of course Kiss, Thin Lizzy, The Hellacopters and 70’s old school rock in regular that always top the lists. But we’re not only influenced by rock bands, we also take a lot of inspiration from our real life experiences and storys that have made a huge impact on us.

– In fact, keeping a quite traditional foundation, your sound is really diverse, with every song having its own personality. That’s why if you don’t mind I’d like you to comment a little bit on some of the songs. For instance «Stargazer», which I think has an American flavour, being the kind of track that transports you to an isolated highway sorrounded by desert. How was this song born?
Stargazer was actually the first song we rehearsed together as a band and the one song on the album we’ve been working the most with since we first wrote it. It’s a true melancholic feeling to it and we really wanted that feeling to get through. And in the end, we really think that we found the perfect soul and honesty for it!

– Then there’s «Imperial Mind», that reminds me of the way bands as HELLACOPTERS had of taking 50’s kind of RNR to the 70’s. What’s the story behind this particular tune?
Imperial Mind is all about big dreams. When everyone says it’s impossible to live your dreams, it’s those people who really got imperial minds who can do it for real!

– «You’re Too Late» is a nice mix between Punk  and Rock n’ Roll, with guitar riffs with a THIN LIZZY touch I believe. What could you comment on it?
You’re too late is like an ice breaker on the album in a way, a tough one! It’s rock n roll, it’s punk and it’s absolutely us! The Thin Lizzy harmonies in the bridge fits just perfectly. And it was so much fun that Acid & 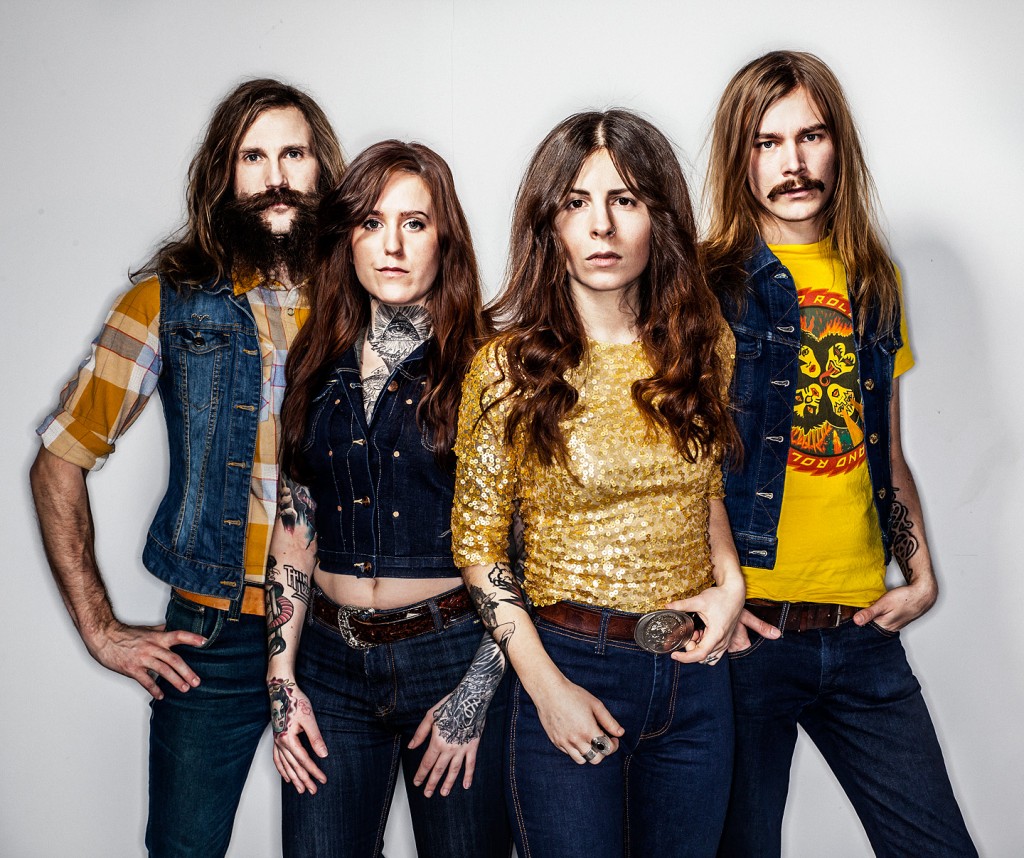 Jenna decided to do a duet on this one, it really makes the song even tougher and cockier!

– And «Gotta Move» follows that same style, with a really catchy chorus and a great rhythm. Quite cheerful I could say. In fact it’s title can also be seen as optimistic, though it’s quite inspiring. How good does the title and the idea behind the song depict the track (musically) itself?
We think the title “Gotta Move” just says it all. When we start the shuffle in the first verse you really want to move! The song is about when you meet a person that turns your world upside down, but for what it’s worth you can’t stay. You just gotta move.

– Anyway, despite all this diversity, the common thread between all songs is their straight-forward energy, their simple and fresh approach. Is it something easy to get to blend so many different elements while keeping a straight forward, not complex core?
When we got an idea and a feeling for a new song we always want to match the lyrics with the music. I don’t think we really saw the common thread between all songs until they were recorded. But they’re all infected by the disease, and that’s what we were after! We are all very open for new ideas and influences, that’s absolutely one of our most important and strength as a band. We never say never!

– Sound-wise you have managed to get an organic, natural sound, but not too blurry or dirty. Was this the kind of sound you were looking for? Your producer was Ola Ersfjord and the co-producer the veteran Nicke Andersson. How did everything go?
We were absolutely after the organic and natural sound, but also a little bit of the old school dirt. We talked a lot about Gluecifer and their sound. A sound that was kind of clean and not too dirty. We also wanted the album to sound like 2015, even though we’re really inspired of 70’s bands. We wanted an 2015 fresh album but with a honest soul from the 70’s. Ola and Nicke were absolutely the best guys we could have worked with! Going in to a studio can be really tough. There’s so many hours when you listen to the same song over and over again to hear some differences between guitar solos and stuff like that, so to have two great and professional persons exchanging ideas with you was really amazing and helpful!

– For this album you’ve got a new bass player, Nicklas Hellqvist. How has he fitted in?
We were all hooked on Nicklas after the first time we met him. He was really born a Honeymooner! Straight from the beginning he showed a great involvement in the band and of course his amazing skills on bass! So he really became a member of the family from start.

– All this about «The Transcendence» being said; how could you describe it in just 3 words?
Oh, that’s a tough one! But I think the album title itself describes it great, so the three words would absolutely be “Beyond all limits”.

– Now before we wrap this interview up, and as the end of the year is drawing nearer, I would like you to tell us what have been your 3 favourite albums of the year as well as the biggest disappointment.
2015 were a year of so many cool album releases! It’s actually hard to just pic 3 of them, haha! But the best of the 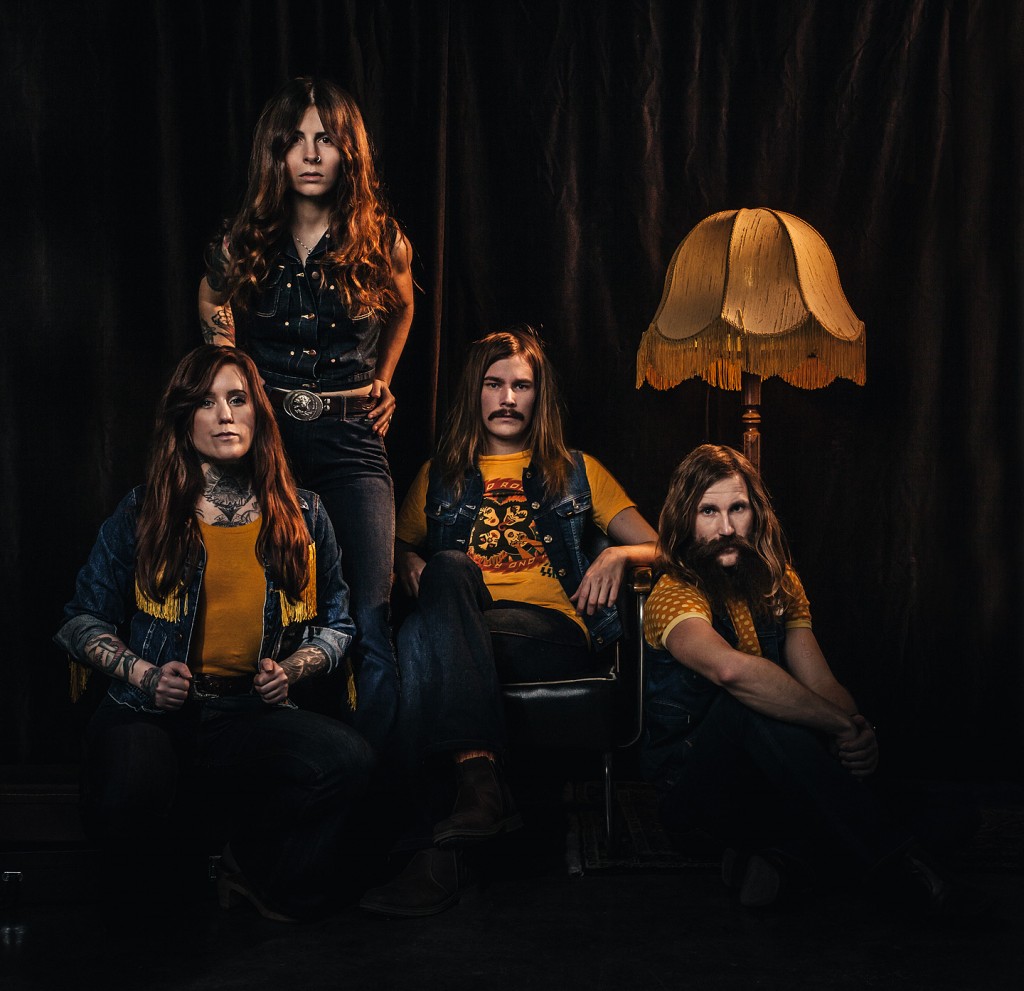 As we said before, we always aim higher! So our near-future plans are definitely to spread the Disease even more in Europe and of course do a hell of a second album! Would also have had great respons from the States, so to do a US-tour in the near future would be a blast!