Hi!! I am Alex, play on guitar. Now we are have new 6 songs on the next album, which plan recording in December 2014. And we have new man on vocal and bass!

Band started in Perm city, Russia in summer of 2000. Primary names were: Inside Decay and Fermented Corpse. The style was defined as death metal. For the all time we realize 3 demos,3 splits,3 albums and play many shows!!

This is really – Ural massive brutality!!

6- And are your personally satisfied with the final outcome? 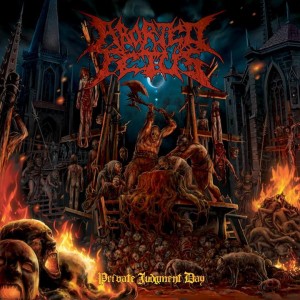 I don’t know…we are play and if we feel the adrenaline, so riffs what we need!!

Future plans…Record new album in studio, now we have 6 songs on new album. Release our official dvd with 2 clips and all concerts from history band. In September 2014 we planned 2 week tour in Russia.

Thanks for the questions!! Support the brutal!! Buy & listen our new album on cd!! www.comatosemusic.com