– Hi, thanks for your time. What are you currently up to? How is everything doing right now with A LIFE ONCE LOST?

I am currently working on & off in the construction industry. ALOL is waiting patiently for another band to lend a helping hand or a bone – something!!

– You have just released your new opus, «Ecstatic Trance», which is your first record in 5 years. That’s funny as you have always released albums regularly so, why did it take you so long this time around?

We lost some members, scrapped some records and tried to rediscover our love for earth. It takes time to put something togethers of this magnitude. Season of Mist was very patient with us taking the time to put this together.

– How are you feeling toward the release of this new effort? Are you more excited due to the gap of time between it and your previous full-length? Are you satisfied with the final outcome?

I am really happy that we finally put out a record.

– And how do you think has ALOL evolved since your previous «Iron Gag» came out?

Listen to the record and you can heart the progression. We have focused more on the drone aspect of Psych music. «Iron Gag» featured a strong element with Stoner Rock fused with Groove Metal.

– Each song on the album is a bit of the band’s personality and if you put all the pieces together, it creates a really unique album. Are these new tunes the best way to make ALOL known?

I guess so, but also playing out live and anywhere is the best way to get ALOL known.

– I also think this is one of your most dynamic records to date, with differentiate parts that are blended in a superb way. Do you share this thoughts on the versatility of «Ecstatic Trance»?

I love how the record flows throughout each song link PINK FLOYD’s «Animals». Instead of delivering eight or nine individual tracks, we wanted to try and do something a lot of our musical role models have done.

– Anyway your music has always been really diverse, with influences of THE DILLINGER ESCAPE PLAN or MESHUGGAH to name a few but, how could you describe your music and what have been some of the most influential bands for ALOL?

I have always been a crate digger and lover of obscure music, so being able to use the rhythmic groove of THE CONGO’S o THE 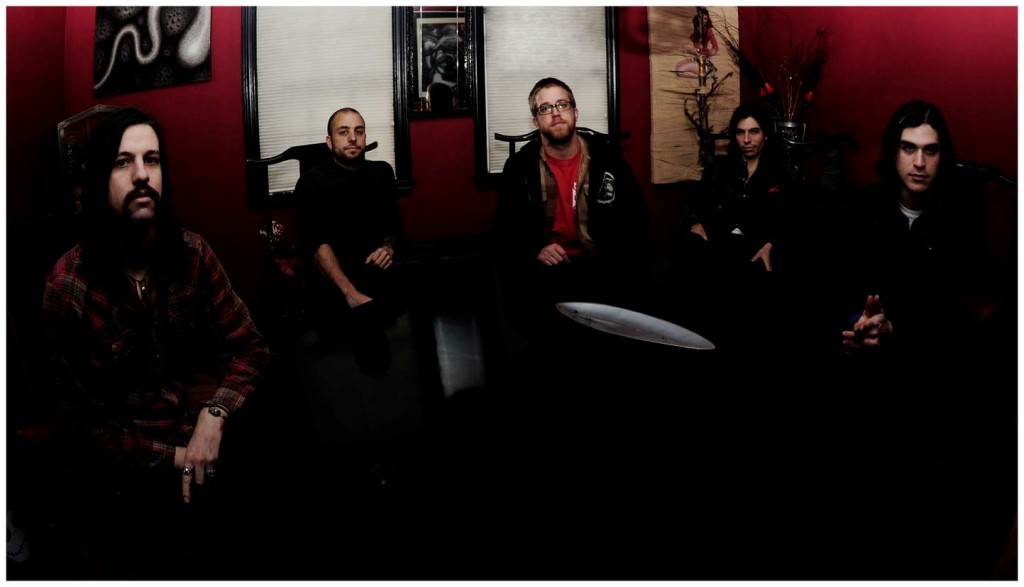 UPSETTERS or the drone element of Raga or the Psych influence of KRAFTWERK and CAN.

– During the last 5 years your drummer left the band; what was the main reason behind this? And how did you choose Jordan and what has he brought to the band?

He brought a strict drumming influence developed through years of school and practice. Justin Graves left the band to pursue a career path in the fitness world. It all worked out.

– All this about «Ecstatic Trance» being said; how could you describe it in just 3 words?

– The US seems to have a really helathy and still growing Metalcore scene but, how do you see it as an insider? What bands into the style could you suggest?

– I guess hailing from USA would make things easier for you in terms of exposure compared, for instance, to a Swiss band playing the style, but on the other hand I imagine competence may be bigger so, what are your thoughts on the big amount of bands into the genre? Is it something positive or rather a handicap?

You have to think back in the 60’s, you had the same amount of groups playing out, and if they were not playing out, they were burdening their hometowns with their music. Now, with the Internet and easy video game style recording programs, any joe can record and make it sound decent.

More tours and hopefully a record or two more.

Thank you for the interview and taking the time to put these questions together.