1- Hello, thanks for answering to our questions. What are you guys currently up to?
Invid: We just finished putting together our split with RETORTION TERROR. In October and November we’ll be touring Japan and South Korea for 3 weeks, then working on a full-length album for next year.

2- First off, could you make some history of the band?
Invid: Our first few years we just jammed for the hell of it. Around 2009 we started touring the USA and writing more seriously. Since 2014 we have tried our best to tour a shit ton every year, in addition to writing and releasing music as often as possible. We spend the majority of our time and money just trying to go to new places, drink beers and play shows. We’ve gone to Mexico in 2015, Argentina, Bolivia and Colombia in 2016, then Colombia, Japan, and S. Korea in 2017.

3- How could you describe your sound?
Invid: Banging your ankle on a trailer hitch when you’re drunk. We use the term «anxiety-grind» because we’re all neurotic weirdos.

5- How has the feedback for your new album been?
Invid: This is the first interview we’ve done. Hope you like the album.

6- And are you personally satisfied with the final outcome?
Invid: We got to take more time with this record. Our best effort yet but still not perfect. 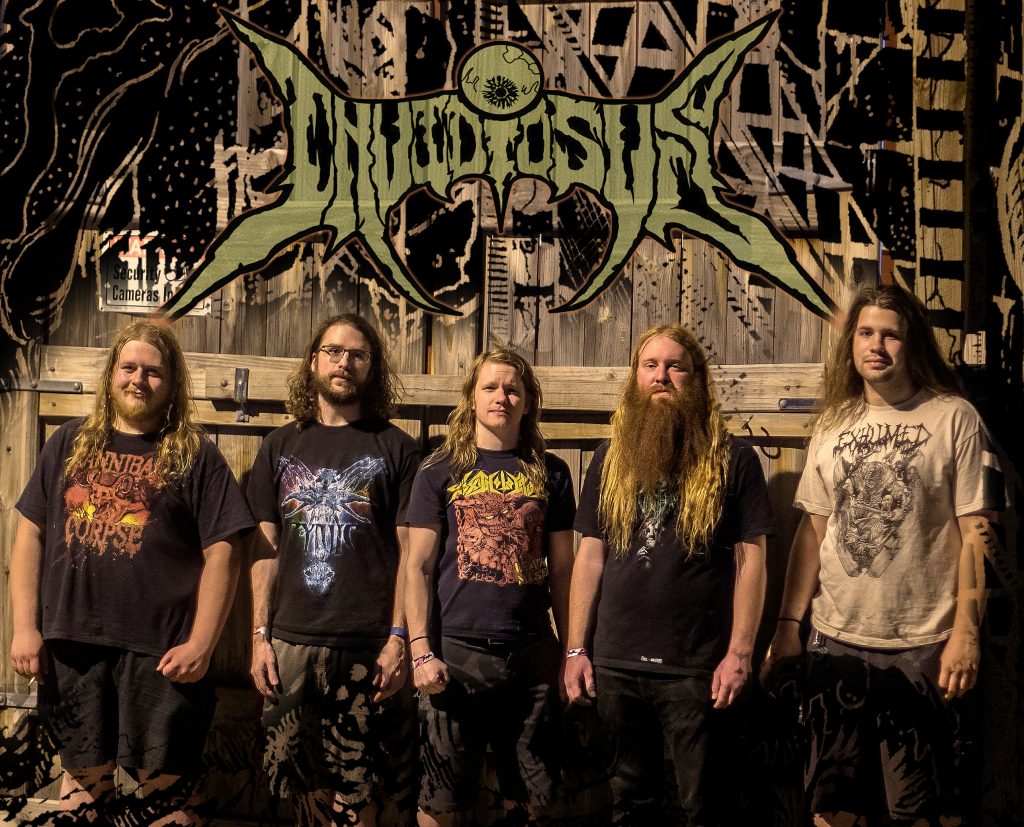 7- How could you describe this opus in just 3 words?
Invid: International karate grind.

8- How was the production process for your new release?
Invid: Great. We had a good amount of time to record, master, and arrange everything with HPGD. In the past we’ve rushed releases to get them done before a tour (2009, 2011, 2014, and 2015 to be exact), it was nice to finally take our time on a recording.

9- And how does the songwriting process work?
Invid: It’s a little different each album. On this one Ray wrote three songs, Kevin and Todd each wrote one.

10 – Finally, what are you near-future plans?
Invid: Tour Japan and South Korea, hopefully survive it, then write a full-length album for 2018.

11- That’s all from our side, thanks again for taking your time to answer our questions. If you now want to add some final words; feel free to do it.
Thank you.
https://hpgd.bandcamp.com/album/split-6
http://www.horrorpaingoredeath.com/store/hpgd156.html
https://www.facebook.com/Invidiosus/