Hey it’s our pleasure we really are thankful for any kind of support. We are at the moment pushing the release of our debut album «Reflections» as much as we can with the help of our management & Record Label, we should’ve gone out touring to release the album, but the tour had to be canceled from our part, so right now we are planning to be heading out later in the year & doing a release show in Israel only.

The band started off as a cover band for Pantera/Lamb Of God in 2006, but quickly enough wrote original material to be released in the form of an E.P that got us to play Wacken 2009 with the help of the Metal Battle. After a few line up changes we started writing material for a debut album which was recorded and produced completely independently in Elram’s studio. Opened for great acts here in Israel and had our first European tour last October, now we’re here.

Aggressive, Angry. Because the drum tracks are 100% organic with no triggers, it created this primal form of rage in sound, along with the extreme lyrics & guitars.

It varies, but anything from Death to Devin Townsend, but our music only comes out once in a certain mood for a really aggressive muse.

It’s been great so far, people are loving the material! Although it might be too harsh for some people in terms of sound.

6- And are your personally satisfied with the final outcome?

Very satisfied! the only downside is the fact it’s been new for 2 years now! So it’s good to finally release this product, we have full faith in it and we’re proud 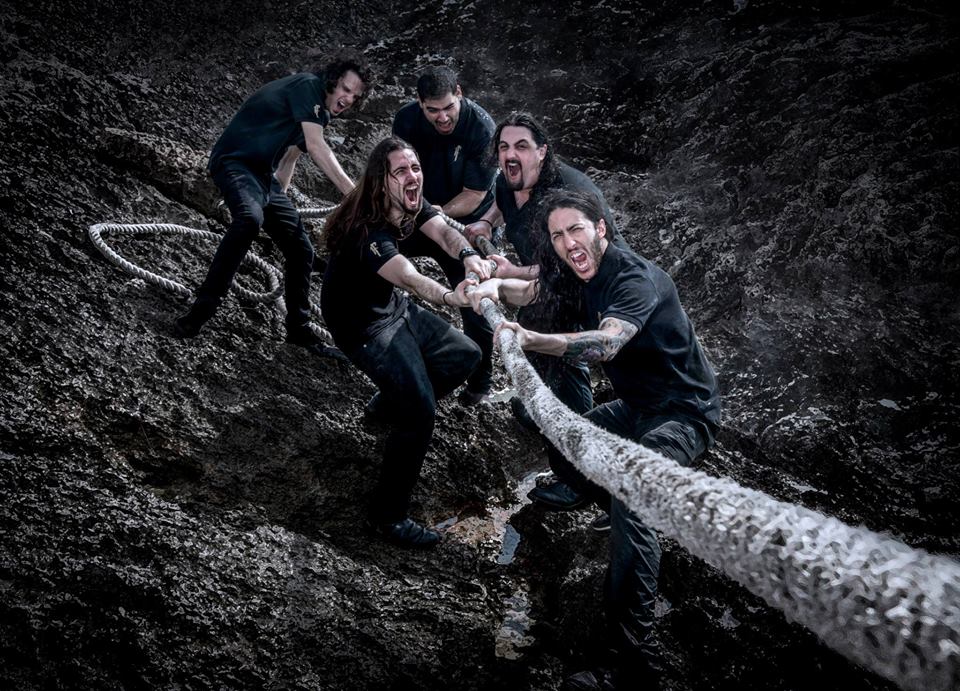 to say that it was worth the wait.

It involved a lot of different ways of produce the album to make it feel like we’re right there in the room playing while maintaining the feeling of a studio album, it was an intresting experience to try and be innovative with something that has been done a million times.

Every track had it’s way, if it’s either me or Elram writing lyrics and just finding the right song that might fit the atmosphere, or just writing lyrics along to the song structure.

Touring a lot & releasing a lot of material that has been stacking up for the last 2 years which we spent behind closed doors.

It was my pleasure! We appreciate any kind of support, so we are grateful for people like you who are keeping the spirit alive where it counts! Way to go!