1- Hello, thanks for answering to our questions. What are you guys currently up to?
You’re very welcome! We’re always thrilled whenever someone actually cares about talking to us haha. Currently we’re doing tons of promotion for the upcoming release of our debut album, Evocation, which comes out June 14th on Bluntface Records.

2- First off, could you make some history of the band?
Erik and I started off of collaborating over the internet on a few songs here and there. He lives in Arkansas & I live in New Hampshire. We got along really well and had a lot in common in terms of our personal lives so when the first couple of songs we did together came out pretty well we decided to see if we could make a long distance musical relationship actually work. So far so good!

4- What are the band’s main musical influences?
Everything from traditional tech-death bands like Obscura, Necrophagist and Gorguts to Ministry, Nine Inch Nails, Avenged Sevenfold, Suicide Silence, and plenty of “non-metal bands”, like Pink Floyd and Frank Zappa for example. And I love the more experimental, avant-garde stuff from someone like John Zorn and Mike Patton’s solo stuff. Like his album Adult Themes for Voice.

5- How is the feedback for your new album being?
So far really positive! I think we were both expecting some of the more traditional meatheads to not ”get it” so to speak but as far as our fans and friends go, as well as a lot of the people in our respective metal scenes, it’s been very, very good. It almost makes me feel like there’s another shoe that is going to drop, haha. We’ll see what the critics think 😉

6- And are your personally satisfied with the final outcome?
Absolutely!! We’re both very, very proud of it. This might be the most fulfilled creatively I’ve ever felt when it comes to releasing an album.

7- How could you describe this opus in just 3 words?
Heavy, schizophrenic, manic. 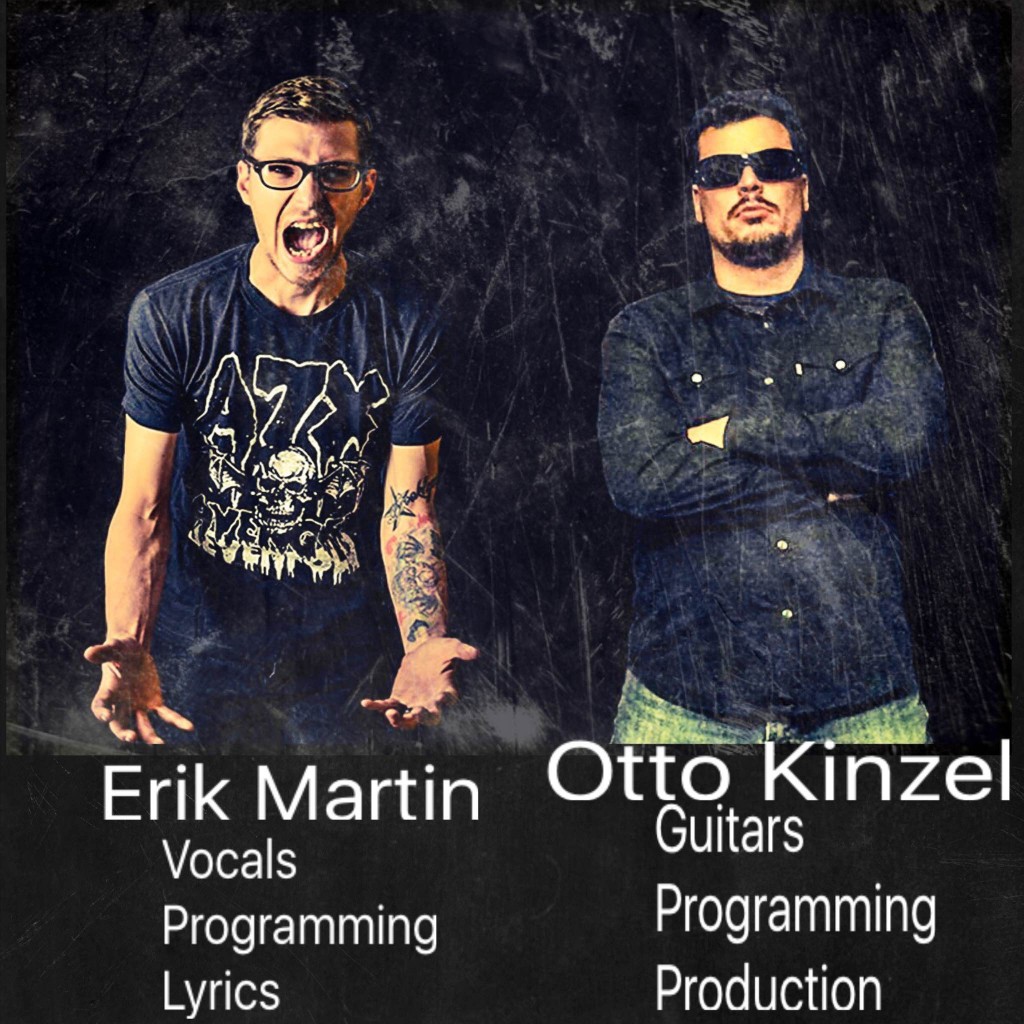 Really smooth and easy. We did all the tracking ourselves and then we were lucky to get Chase Fincher (Critical Dismemberment; She Wants The D-Pad) to do all the mixing and mastering. He made it very easy for us and his attention to details is fantastic. Fort us it made the whole thing smooth and stress free because all of the initial mixes (or the “first draft” mixes) were really close right out of the gate. It was a great experience working with him and I’m really hoping that our album will help get him some exposure for his studio. He deserves it.

9- And how do you use to work on the songwriting?
It’s funny because even though Erik and I live 1,000 something miles apart and are in different time zones, the way we work and write together isn’t really that different from a “regular” band who are in the same space. One of us comes up with a riff or sequence, records a demo of it and then send it to the other guy. And that person then writes their own stuff to it and we just repeat the process until it’s done. I will say that very early on we had a mutual agreement that when it came to writing our own parts or coming up with our own interpretations of those parts, we would each have 100% creative freedom. Sure, I mean if Erik has a specific idea he wants to convey then obviously he’ll tell me about it. Because that only helps me focus even more on writing something that is appropriate for the song. So we do collaborate and share ideas on what each of us is trying to get across.

10 – Finally, what are you near-future plans?
We want to work the promotion for this album 100% and push it until the promotion cycle has absolutely nothing left in it. We’re focused on this every single day. But a year from now? Who knows, probably working on our second album? I know we both have some interesting concepts to which we can base the next album round and we’ve already started kicking around some notions on how to approach the writing stage.

11- That’s all from our side, thanks again for taking your time to answer our questions. If you now want to add some final words; feel free to do it.
Nothing to add other than thank you very much for the opportunity! And Evocation comes out June 14 on Bluntface Records & at skindrone.bandcamp.com