– Hi, thanks for your time. What are you currently up to? How is everything doing right now with THE FALL OF EVERY SEASON?

Thank you for your interest in doing an interview and hello to the readers out there. This is a very exciting time, with the new album «Amends» soon to see the light of day. These days I’m just working on promoting the album in the best possible way.

– First off, for all those who may don’t know about this project yet, could you please make some history of THE FALL OF EVERY SEASON?

The band project started back in 2004, when I realized that I wanted to do a musical project where I handled absolutely everything myself. With full creative control. It’s a mix of doom, death metal and acoustic passages, and I quickly got a small fan-base on the Internet. In 2007 I released the first album, «From Below», and since then I’ve been working on and off on the follow-up. It’s still a one-man band, but the music has gotten more varied and progressive with time.

– And why did you pick such name for your musical project?

I chose the name for its duality in meaning. One could see it as being about the end of the world, but also as a metaphor for personal issues and troubles, regardless of time, the autumnal aspects of any season. I found it fitting for a project that’s very much about conveying melancholy.

– You will soon release «Amends», six years after your first album, «From Below», was released so, how are you feeling about it? Moreover your debut album got overwhelming reviews so, what are your expectations on your new «Amends»?

I wasn’t expecting the incredible reviews for my first album, so that was a huge surprise to me. With the new album I guess there’s a bit more pressure. Whether I like it or not, good reviews are a gateway to more people hearing the music. I personally think «Amends» is a big step up from «From Below», so I hope both the reviewers and the fans enjoy it.

– And how could you say has your evolution as artist been throughout these years?

The music has gradually become a little more complex, and not as grounded in the doom metal formula. It has become a more dynamic and exciting (in my opinion) project. But it’s still very much The Fall Of Every Season. The trademarks are there.

– With your two albums we can clearly see THE FALL OF EVERY SEASON is a really personal project, in different ways, maybe this is the reason why is a so called one-man band?

Definitely. There’s a lot of personality in it. I guess one could say that I’m a melancholic person, and I really enjoy expressing that through music. The fact that I do everything makes it more vulnerable and not so grounded in technicalities. It’s about creating an atmosphere. 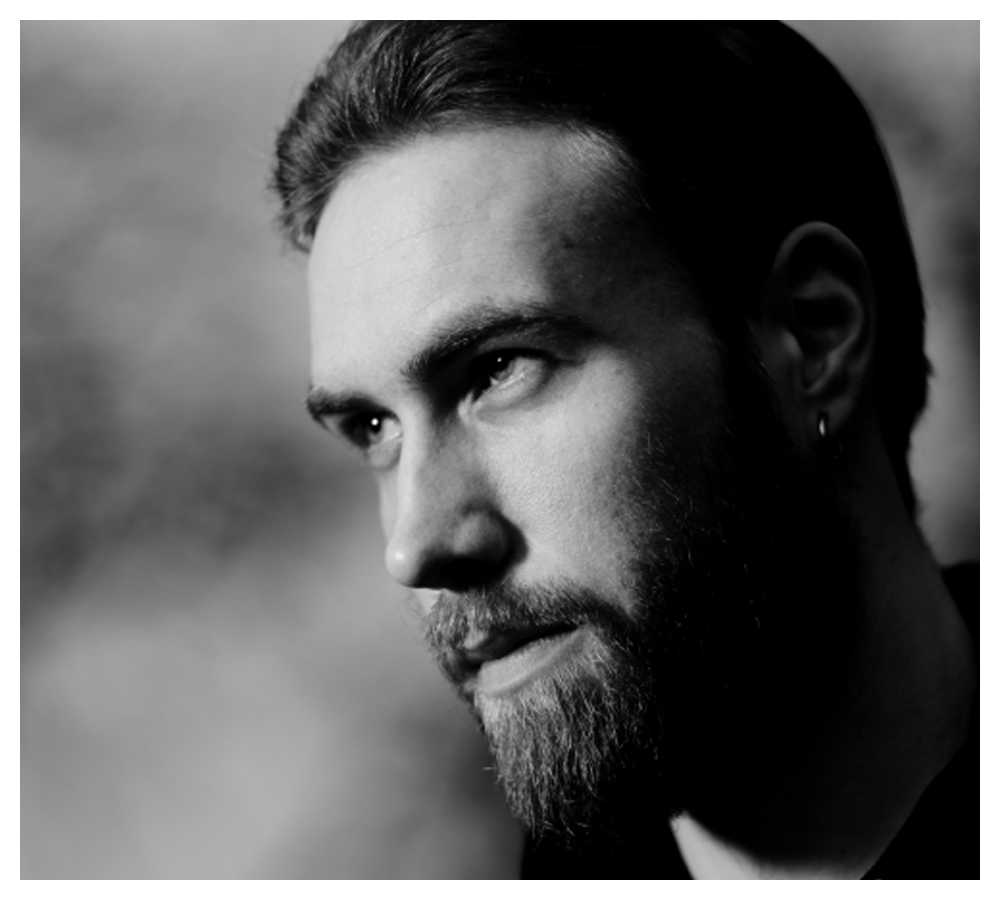 – In fact you also seem to have a really personal vision of the Doom Metal genre, also throwing in elements from different music styles but, does THE ALL OF EVERY SEASON have any musical boundaries?

The boundaries are less about genre than about the fact that it needs to have the same sense of melancholy as it had back in the demo days. That was always very important, while introducing new elements into the sound made the new album sound fresh. I think a lot of doom metal bands just keep doing the same album over and over. I’ll keep experimenting.

– After giving the album some spins, I would dare say «Amends» is your most emotional effort to date, that makes me think each album should represent for you a certain moment in your life, it may be like a mirror of your inner self, isn’t it?

In one way it’s a made up concept, a completely fictional universe. But yes. I’m inspired by moments, by nature and by the experience of other artists’ work. When I hear «Amends» today I can hear moments from my past. And as I said above, the melancholy in the music is very much the melancholy in myself.

– This helps creating a more intense effort. Though you don’t see to be moved by sales or success whatsoever (if so I guess you won’t be playing this kind of music), do you think this could be something positive in a commercial way? As I think an intense album can leave a bigger impact on listener, which also makes leave a bigger mark.

Yeah, I operate within a genre where «success» isn’t really a goal. What I appreciate is when I hear people say they feel genuinely moved by the music. Those people are also great advocates for the band, often recommending it to other people in a very sincere way. That’s the best advertising I can get.

– I could say your debut album was more like a pure Doom Metal album, and on «Amends» you have gone for a more progressive approach, with different tempos (in fact is faster than your first record) and complex guitars. Was this how you envisioned the album since the beginning or do you just let things flow?

It’s a combination. It came very naturally during the writing process. I knew I wanted to mix things up a bit, and maturing as a musician made a slightly more complex soundscape inevitable.

Exactly. I know it can possibly alienate some fans, but it’s not like I’ve drastically changed the sound. It’s, as you say, a bit more interesting, something I hope will be appreciated by the listeners.

– Despite this time there is more variety between the songs, all of them are encompassed into the overall melancholic atmosphere so, how important is the atmosphere in your creations?

It’s everything. The Fall Of Every Season is not a technical project. It’s a project where I carefully layer melodies and sound to create an atmosphere of melancholy. The variety helps the impact of the atmosphere by working as a source for contrast.

– Contrasts seem also important, as «Amends» is your heaviest effort but also bringing to the light a more fragile side of THE FALL OF EVERY SEASON. Is important for you to get a good balance between these two opposite elements or sides of your music?

It’s one of the defining elements of the band. To me the two sides work with each other, increasing each other’s effect. The fragile parts would have less of an impact if they were completely isolated.

– This way I think you have managed to do stronger your own personality, making an even more recognizable sound. Maybe releasing your first album was some kind of good guidance to know what direction you should take? Or are you still shaping your own essence? 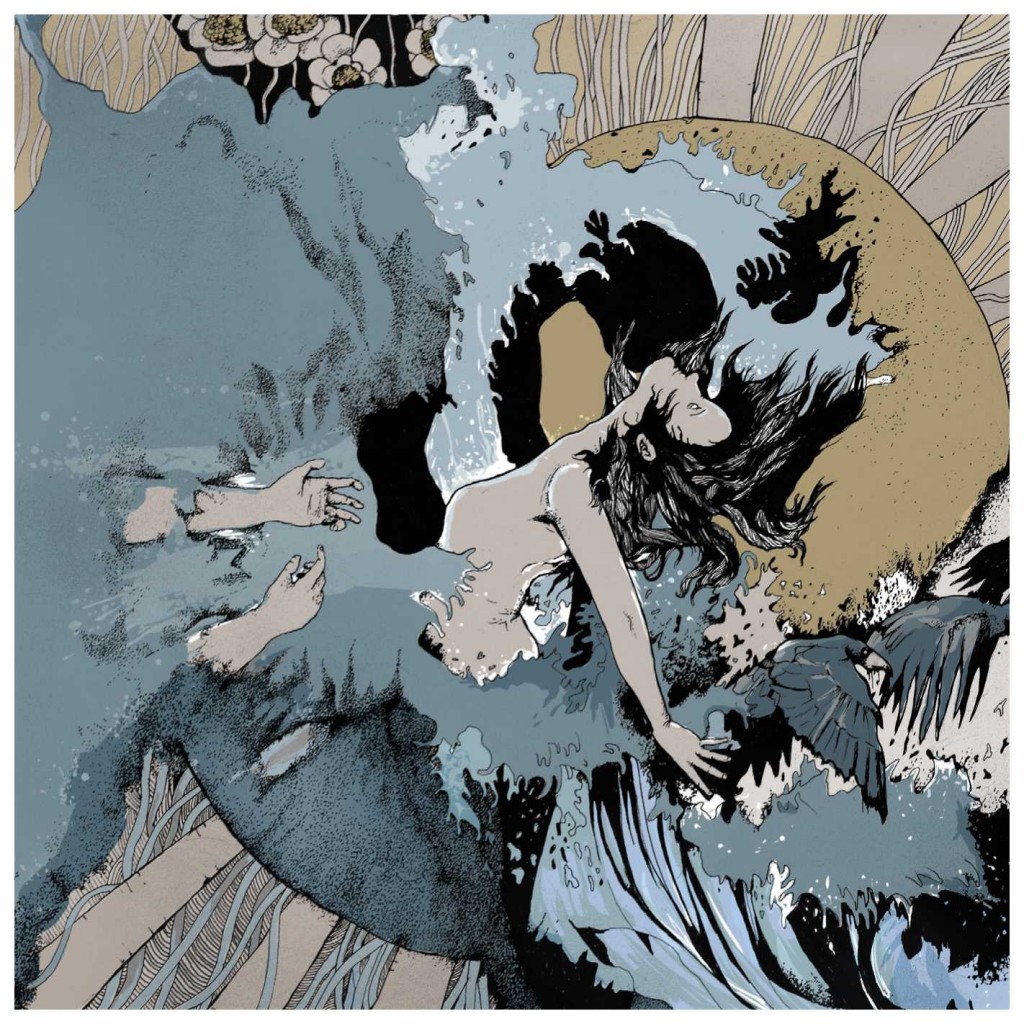 I think you’re right. I was more grounded in a genre on the first release. Fortunately it still had a lot of personality, but «Amends» is a more defining album. It’s less fragmented and feels more complete. It’s an album that should be listened to in its entirety. I hope people will do that.

– That being said, it seems like you have had more focus on dynamics so, has the songwriting process changed compared to «From Below»?

Yeah, I was focusing more on a dynamic expression withing the songs this time. I also spent a huge amount of time on the vocals compared to on the first album. I wanted them to be more expressive and integrated better into the whole sound.

– Once more, «Amends» is a conceptual album. I know you like listeners to interpret the concept themselves but, what inspired you creating this concept?

The concept is about regret, and how it often is too late to regret something. It’s a simple, yet complex thing, and I’m sure people can relate to it. Things have consequences that are often impossible to control.

– Everything on your albums seems to be connected, and everything seems to be important and part of the concept so, could you tell us what did you want to express with the cover artwork?

The artwork, hand-drawn by the amazing Robert Høyem, is actually a visualization of the metaphors I use in the lyrics. This is especially clear once you can see the entire booklet. The hands trying to reach the girl is a representation of what I said above, when it’s too late to regret.

– All this about «Amends» being said; how could you describe it in just 3 words?

– Finally, what are your near-future plans? What can we expect from THE FALL OF EVERY SEASON from now on?

There’s currently talk of a potential live lineup. Nothing is confirmed, but the possibilities are there. I’ve also started working on some new material, that I will get to sit down and concentrate more on once all the stuff surrounding the release of «Amends» is done.

Thank you very much for a great interview and thanks to the people who took time to read it!