– Hi Mr Jimi Jamison thank you for your patience and for taking your time. You started your musical career as a Heavy Metal singer. Your most popular bands pre-SURVIVOR were COBRA and TARGET. Then one day SURVIVOR knocked on your door. You joined the band, but changing its style considerably, though several Rock fans are Metal fans as well. What did you think when was offered to you the chance of singing in SURVIVOR? Was it hard to go for it?

At first I wasn’t sure I wanted to do it but after listening to some of their other songs made me thinK again. I went and rehearsed with the group it sounded really good although the vocal style was a big change for me. It was softer than I was used to but in the long run it made me a better singer.

– Your first period as the singer for SURVIVOR was from 1984 to 1989. A lot of people think that was the best of the SURVIVOR’s music history. During the 80’s with that band you did three studios albums. What are your memories of the recording sessions?

The recording sessions went fine. It took me a while to get used to singing SEARCH IS OVER but finally I figured it out,

– Was hard for you to fit in the band?

Its always hard at first if you don’t know anyone in the band but eventually we grew on each other.

– In SURVIVOR you met master Peterik. For me listening you guys playing together is a pleasure. You and Jim played together in several projects as well as in your solo career. How do you manage to complement each other that good? What are, on your eyes, the best skills and characteristics of Jim Peterik?

We talk about the songs and what they mean. He has a way of seeing what your going through and pulling out lyrics that fit.

– You left SURVIVOR in 1989 to return later, in 2000, but you then left again in 2006 and came back in 2011 until nowadays, and you also recorded some new albums. What prompted you in each case to come back? And what are your feelings on this new period with you as frontman once again?

– Songs «Burning Heart» and «I’m Always Here» are nowadays some of the few songs that any non-rock fan around the world know. What are your feelings when you listen nowadays to these tunes? And what are your thoughts on the Rocky saga?

The Rocky saga was a very lucky break and the songs fit the movies perfectly. The Baywatch theme, «I’m Always Here» was one of the most successful and fulfilling things in my career. Its a real crowd pleaser when performed live.

– Now moving to another topic, last 2011 you released a new album with TOTO’s classic member Bobby Kimball. That album was really powerful, with a really well-cared melody. How was like recording with mister Kimball? And what could you highlight about that record?

Bobby and I have been friends and have sung together for many years. He is a killer singer and working with him was a pleasure. The highlight would have to be that both of us were in the studio singing together – unlike most duets where the singers are in two different cities and the producer puts the two vocals together to sound like it was done all at once.

– Well, now let’s talk about your solo career, as it’s the main reason behind this interview. Your first solo effort came out back in 1991, entitled «When Love Comes Down», and your sophomore solo release saw the light of day in 1999, under the name of «Empires». What did you think about your solo career when you started it? As many artists tell me it’s not the same to play as part of a band that playing with your own band.

Being a member of a band can lessen the pressure on you as an artist but still it comes down to your performance as an individual, and though its a little scary at first, I think having your own band and being the leader is much more rewarding

– Besides your first opus, «When Love Comes Down», it’s easy to perceive the change of style between its successor, «Empires» and this new «Never too Late», set to release next November. «When Love Comes Down» is more powerful and hard rocker than your two last solo efforts, that sound to me more melodic, and their songs are also catchier than the ones featured on «When Love Comes Down». I personally think you are one of the few singers that can sing any Rock/Metal style and do it properly! But, why this style change? Do you feel more comfortable singing Melodic Rock tracks than singing Hard Rock songs?

I really enjoy singing both. So there was no plan to make it different. I enjoy singing many different styles that most people have never heard me sing and would probably be shocked if they did. (in a good way I hope)

– Talking about your upcoming album, entitled «Never Too Late», I must tell you these new songs surprised me due to their melody. On your previous album, the superb «Crossroad Moments», the overall sound was into Melodic Rock, as in «Never too Late», but with a different personality. The first time I heard your upcoming album I noticed some special singularities in the sound of some of its songs, then I found the key: Mr. Erik Martensson. I think he’s one of the most important songwriters and musicians of the 21st century. And listening to the tracks featured on this opus, is listening an eternal and one most powerful voices of all time along a new talent of this century we’ve living in. Do you know Martensson? And, did think you and Martensson could create a good team?

I first met Eric at Firefest in the UK and yes, I knew we would be good together.

– By the way, I’m pretty sure this new CD will be really successful in my country, as a lot of people that, as me, had the chance to listen to it prior its release, think some of the songs on this new record are true masterpieces, as «Everybody’s got a Broken Heart», with a SURVIVOR vibe to it. What are your thoughts on this? Was your intention to make it sound more into SURVIVOR’s style?

I think that was more of Eric’s idea although I didn’t hear the survivor sound in the songs until after I sang the songs.

– Talking about influences of SURVIVOR, I also think tunes as «Bullet in the Gun» or «Street Survivor» could have been written by Jim Peterik due to their punch. On my humble opinion, these are two of the best songs on this new album. What do you think about it? Did you help writing the new material?

i didn’t write on this record except for the vocal changes I made while singing. Sounds like Eric’s classic writing to me.

– And the ballads are really beautiful too, as always. In fact I think any AOR/Melodic Rock album needs to include some quality ballads to become successful, do you agree? I believe this new album accomplishes this requirement with «The Air that I Breathe», «I can’t Turn Back» or the catchiest one, «Heaven Call your Name» (I’ve been singing it everyday!!). What’s your favourite ballad of these new songs? And what is/are your all-time favourite ballad/s?

I agree. Air That I Breathe is my favorite although «Heaven Call Your Name» is also a fave… also……my daughter Lacy Jamison sang harmony with me on that one.

All time favorite is hard to say… it changes….. Long And Winding Road for now

– But if we talk about catchy songs, we must talk about the title track, «Never too Late», a new hymn. I guess that’s the reason behind the album’s title, isn’t it? Was this the first song to be written? Who decided how the name album should be called?

Actually, myself and Serafino of Frontiers chose this one. 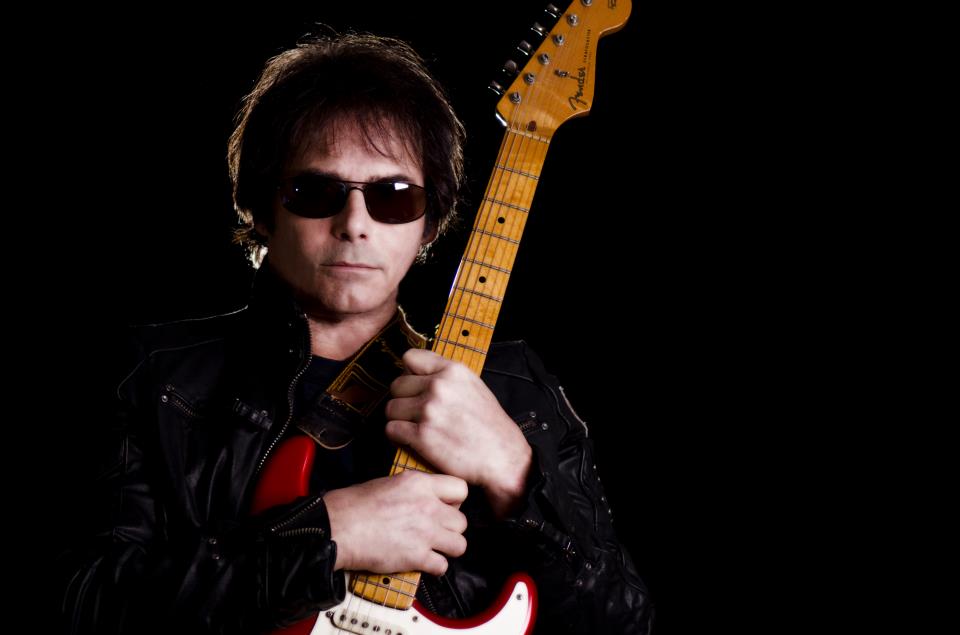 – Moving to another subject, I had the pleasure of seeing you live at Sala Salamandra, in Barcelona, my city, as part of your Spanish tour the great Indigo Balboa and his INDICCO. I was really happy to be able to see you, but also a little sad not so many people showed up. Due to this you didn’t come back to mi city on your last visit to Spain. Do you plan coming back to Spain in support of your new album? And would it be possible to see you playing in Barcelona again someday?

Indigo and I are talking and planning on doing more shows there soon.

– That’s all Mr. Jimi Jamison, has been a pleasure. If you want to tell anything to our readers, it’s your turn. Thank you very much for your music and for taking the time.