– Hello, thanks for taking the time. How is everything going right now with MEFISTO? How are you feeling about being back after such a long time?
Hello. 2015 was a busy year for us. We made an album and we played our first shows ever… It was a great year for us… It was fantastic and (but) at the same time, it was chaotic… This year is more laidback for us…

– Reviewing a little bit the history of the band, MEFISTO was formed back in 1984 and two years later your first two demos, «The Puzzle» and «Megalomania» came out. How were those early days? And what are now your thoughts on those demos?
It is hard to remember those years… We were kids… We were pre-teens… But I do remember that making those demos was chaotic… We did have like one studio day per demo… So as you can imagine, there was no second take… And the mix? The mix and master was made years later…

– In fact they have been released twice on CD, last time the year you reunited, in 2014. Was your idea to release them like that?
No.we were contacted by Roel at Vic records. I (we) had no intention of given them out… I had no clue anyone was intersted….

– The year after the demos were released you split up. What prompted that? Did you have written any other stuff that didn’t see the light of day?
We just got tired of the scene and eachother… There are some fragments that was left over from the days…. Some stuff on the new album (heads in the sand) are ideas from back then.

– Nowadays both demos are considered cult albums into underground Metal. How do you feel about it? Maybe, apart from their quality, it’s because the short life the band had?
It has mecome more of a burden. Dont get me wrong. Am proud of what we did… But it is almost impossible to

make a album, now 30 years later, without fans comparing our music to the demos 30 years ago…

– You managed to mix several different styles and on an overall quite aggressive way. Could you say MEFISTO were ahead of its time? And do you think the Metal crowd was prepared for something like that?
We were ahead of our time. I tell you why! We did not sound like bathory or hellhammer. We had a clean sound and a very skillfull guitarplayer. That together with heavy banging drums, Sandros evil voice and my lyrics…. Nobody in Sweden sounded like us. It was a mix of everything….

– Anyway a lot of people compares you to BATHORY. Was BATHORY actually an influence for you? What bands could you say were the most influential for your sound?
We were not infuenced by Bathory, though Quorthon was a cool guy and they his music was really extreme. A swedish Venom, if you ask me. Mefisto was influenced by Metallica. Ride the ligthning was the album we always listened to… And of course Mecyfullfate. They had great riffs. We were a rifforiented band. We were even influenced by Van Halen….. And Yngwie Malmsteen….

– And now, what motivated you to come back in 2014?
It was a big article about Mefisto (10 pages) in Scandinavias biggest music paper, sweden rock magazine, one thing led to another… The fire in the belly came back. I got in touch with Omar for the first time in almost 30 years… We just wanted to make the album we never made…

– This «reunion» sees its results on your long awaited debut full-length album, «2.0.1.6.». Are you satisfied with the overall outcome? Would it have been much different if it would have been released back in the 80’s?
Its hard to say. We were getting more » groovy» even back then. Long before Pantera got big. We never sounded like the upcoming swedish deathmetal scene. I remember we were even into rapmusic influens (the beat) back then… You know run dmc came out the same time …. One cool thing about our new album. It is recorded almost live. Drums and guitar is one take. No fake here…..

– This being said; how has MEFISTO evolved during these last decades? And have you been completely away from the music world or have you had some projects? 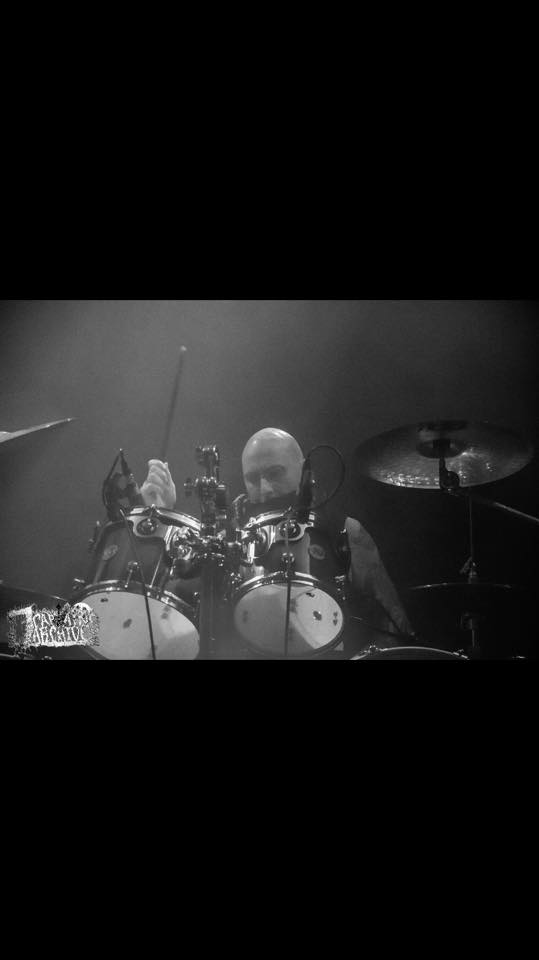 Me personally havent been into the music business. Omar though been playing in LA and Vegas in diffrent bands. He almost turned out playing for both Ozzy and the chilli peppers….

– «2.0.1.6.» is all new songs expect for the rerecordings of «Act Dead», «Frost of Inferno» and «The Puzzle». Why did you decide to rerecord them?
Because our old songs are so good… There are plans to re record the other 5 aswell…. Why not?

– Now Omar is handling vocals. How much of an effect has this on your current sound and on the rerecordings of the aforementioned tracks?
When Sandro quit ( early in the process) we did try some new singers… But it did not felt well. And Omar has a big fucking voice… Ofcourse it made our sound diffrent and a lot of people complanes about it… But bringing to many new members into the band? I did not want that. Trust me, Omar did not want to sing, I forced him, but I wanted the band to become a trio.

– The new album isn’t a conitnuation to what you did back in the 80’s. So far, consideirng the reviews and feedback you have received, how do you think your fans have embraced this? In fact it mixes a lot of different influences, from SABBATh or NWOBHM to METALLICA, VENOM or even certain 90’s nuances I could say. Did you have a clear idea on your mind about how you wanted this album to sound like? Did you have clear you didn’t want to be the MEFISTO of your early days anymore?
We could make a album to please others ( old fans) or we could make an album to please ourself. Or as Omar said… Lets make a fucking album that makes you want to stomp your feets and bang your head, a album that when you put the cd in your car, makes you want to drive really fast… It was simple as that… But with respect for the oldschool!

– And talking about such, what newer bands have had some influence on MEFISTO?
If we talk about never bands I would say…. Everything from Alice in chains, soundgarden, rage against the machine to meshugah, Entombed, aso. Personally I think Celtic Frost did a great album late in their carrer the monholist…

– Since you came back you have played, if I’m not mistaken, at Wings of Metal and Black Xmas in your country. How were these gigs like?
The first gig in montreal was a test for us. I think we did great during the surcumstane.. But maeby the forum was not right for us. i think Black christmass was great. But remember… Most bands plays 50 shows per year… Bands like Mayhem, Venom, and Marduk… This was our second show…. And we had not put out an album? But still the crowd went wild… It was a cool moment…. 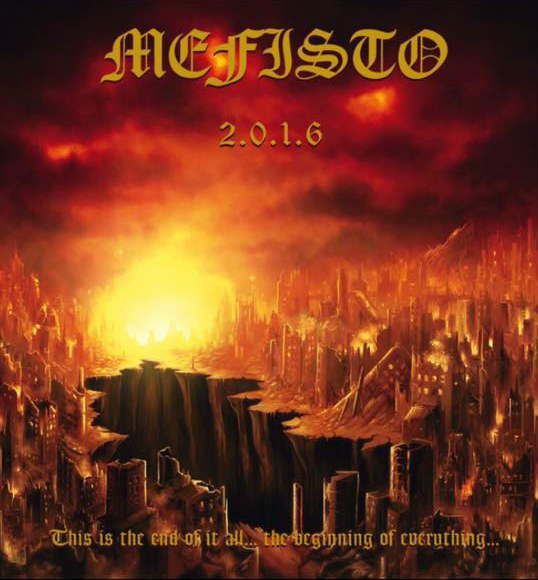 – And now what are your near-future plans? Can we expect more shows and albums?
I tell you… We started working on new material. And we have old demo songs that we want to remake ( just to piss-off the puritan fans)

– That’s all, thank you once more for answering our questions. If you want to add some final words; feel free to do it.
It is so fucking cool that after all those years, people still cere about us. And even though I understand that a lot of oldshool fans dont like our reunion destroying the cult and so on…. We got alot of good reviews and so many new fans… That is really cool!