– Hi, thanks for your time. What are you currently up to? How is everything doing right now with FREE FALL?

Hola! Con placer! Right now we’re preparing to embark on our first european tour which starts in a few days and will take us through most of mainland Europe. We’re extremely excited! So we’re rehearsing a bit and writing new songs for the next album, maybe we’ll try some out during the tour. We’re touring with two other bands; Witchcraft from Sweden and Orchid from San Francisco.

– First off, as you are a pretty unknown band; could you please share some history of FREE FALL?

Mattias (Bärjed, guitar) had nurtured the idea of forming a four piece loud rock band for quite some time. Jan (Martens, bass) and he had played together in the nineties and he knew he wanted Jan to be in the band, being one of the most magnificent bass players on the continent. Mattias and myself had also worked together in the past under different circumstances, I once did a US tour as a stand in drummer with his old band The Soundtrack of Our Lives, and we really enjoyed playing together and each other’s company. The idea of Free Fall came when a friend of ours recommended this singer, Kim Franson, who he thought would be perfect for a constellation of this type, and he was very right; when we all heard Kim sing, everything fell into place in the most natural way. The first time the four of us played together the room exploded and we instantly felt we were on to something special. We wrote the song «World

Domination» on that first day.

– You have just released «Power and Volume» so, what are your expectations on it? How is its feedback being so far?

It’s been overwhelmingly positive! We’ve been getting a lot of love from all parts of the world and we can’t wait to start touring; playing live and communicating directly with the audience is what it’s all about.

– This album appears of one of the ultimate classic Rock records of the year, being really complete and diverse, as you blend different classic influences but, what have been some of the most influential bands when it came to create your soun?

Of course you’re influenced by all the music that has passed through you body for the last 30 years but some of the biggest musical influences for Free Fall can be spelled The Who, The Stooges, Free, Sex Pistols, early Van Halen, Zeppelin, AC/DC and Deep Purple.

– Music and compositive quality is simply superb, anyway everything sounds so natural and organic. Maybe the secret recipe is to just do what you enjoy? And talking about such; how was the songwriting process behind this album?

Thank you! It all starts in the practice space with the four of us, the song writing process can vary from song to song; sometimes it starts with us jamming on a riff that Mattias or Jan comes up with or even with a drumbeat. Or someone has a song idea with more parts already written and we arrange and work on it all four. Kim writes most of the lyrics and we go through them together. But the overall approach when we write new music is to keep it spontaneous and lustful and never to force things or overdo them, it has to feel free.

– Production is also outstanding, as it helps getting that natural, real and almost live-sounding vibe I mentioned early so, could you please tell us how did you work on it and who took such duties? Was this the sound you wanted to get out of it?

Before hitting the studio we were very well prepared and had worked hard on the songs and had tried them out live. We wanted the actual recording to be quick and feel fresh to keep the spontaneity and playfulness that is so important to us. Most of the tracks on the album are first or second takes, and our producer Martin Ehrencrona did a great job capturing the rawness and swing that is the essence of the band. How we sound on the album is pretty much how we sound in our practice space and on stage and we wanted our debut album to be a very direct introduction to the world of Free Fall. Motorhead’s «Overkill» was a great reference for the sound, produced by the great Jimmy Miller who produced the Stones finest work. On that record they really managed to capture the rawness and the swing in a similar way that we were after. Overall, the most important thing for us was to keep an exciting and dangerous vibe to the sound and the performance, and never make it sound controlled or clean.

– Despite the obvious «old school» sound, on your own words; what could you say you can bring new with this opus?

I hope and think that there’s an urgency and freshness in our output that makes the album sound that it was made today, even though our influences 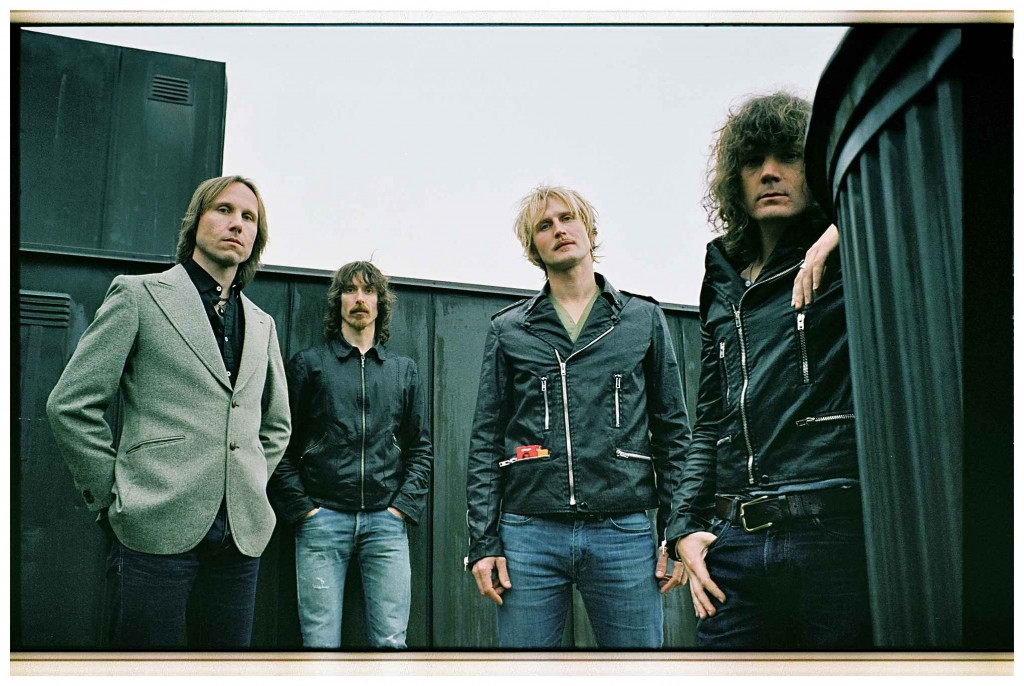 obviously are old. And that’s very important, so that it just doesn’t become a nostalgic museum artifact only for record collectors (such as ourselves, haha..). But there will always be a need for good, guitar driven loud rock and I hope we’re bringing something fresh to the table. We just play the kind of music that we love, not really thinking about time in that sense.

– And how could you describe «Power and Volume» in just 3 words?

– You have already done a video for the title-track, «Power and Volume». How did the shooting go? And do you plan doing any other videos for this record?

It was fun, and a very quick affair, we shot it one afternoon in studio Cobra, where the album was recorded. We also did a video for the song «World Domination». 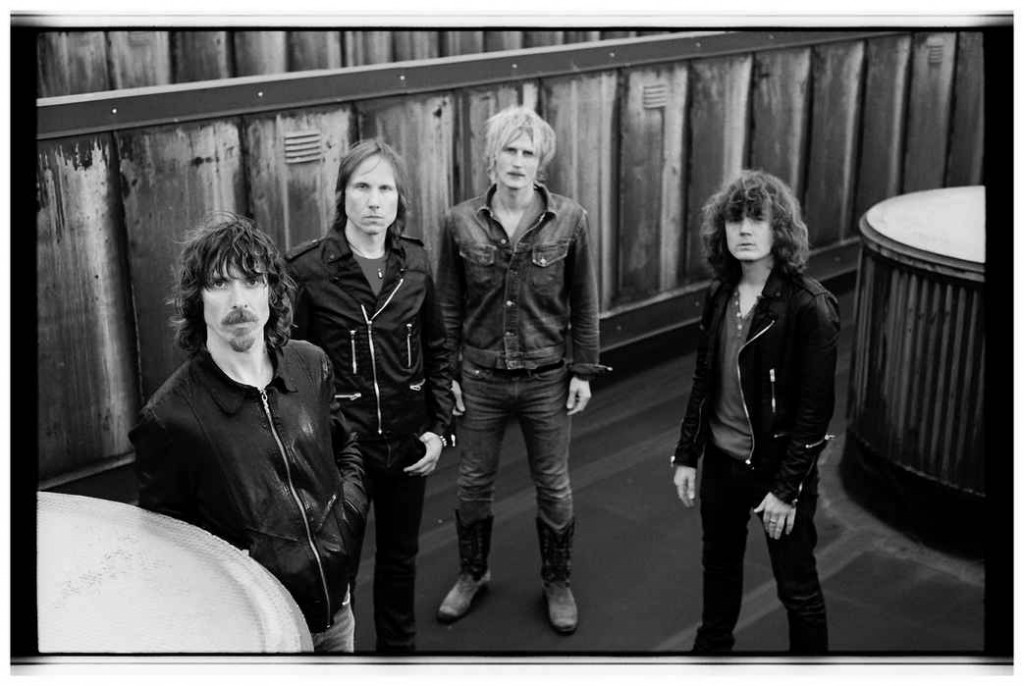 Thanks very much for the interview!