– Hello, thanks for taking the time. How is everything going right now with DESTRUCTOR? What’s keeping you guys busy at the moment?
Destructor have some shows booked for the spring and summer and we also have been rehersing for those show. In addition the band is writing new songs. Destructor are also mixing the Decibel Casualties record whic will be the follow up to Back in Bondage.

– You recently released your newest album, your first one since 2007. Why did it take you so long? Did the line-up changes have something to do with this?
Yes the changes in line up played a big role in this taking so long. The band has another record titled Decibel Casualties and we are looking to release it on PureSteel records in early fall. Pat and Jamie leaving the band along with other circumstances actuallt strengthened the band but it took some to solidify things including a new record deal with Pure Steel records.

– But last year you signed a 3 record deal with Pure Steel Records and everything seemed to start rolling. How did you get in touch with Pure Steel and why did you decide to start working with them? If I’m not mistaken you already knew them through your solo band VULGAR DEVILS.
I approached Pure Steel to see if there was any interest in my Solo project Vulgar Devils and in doing so the asked the question. What about Destructor? Do you have an active record contract? So after working with them on the Vulgar Devils deal I decided to sign Destructor to the label as well. They are a terrific company and have a solid reputation. I am very happy with everything.

–  This newest album is «Back in Bondage», which was going to be your second album, so it contains music written back in 1986-1987, but finally it wasn’t released due to Dave’s death. I guess that was one of the hardest moment for the band. How did that tragic happening affect DESTRUCTOR as a band?
Daves death and losing our major label recording contract with Island records was devastating. It was near impossible to recover from that set of circumstances. The origional recordings were never finished.

– In fact the following year the band spit up, to then reunite in 1999. What prompted your come back so many years leater? 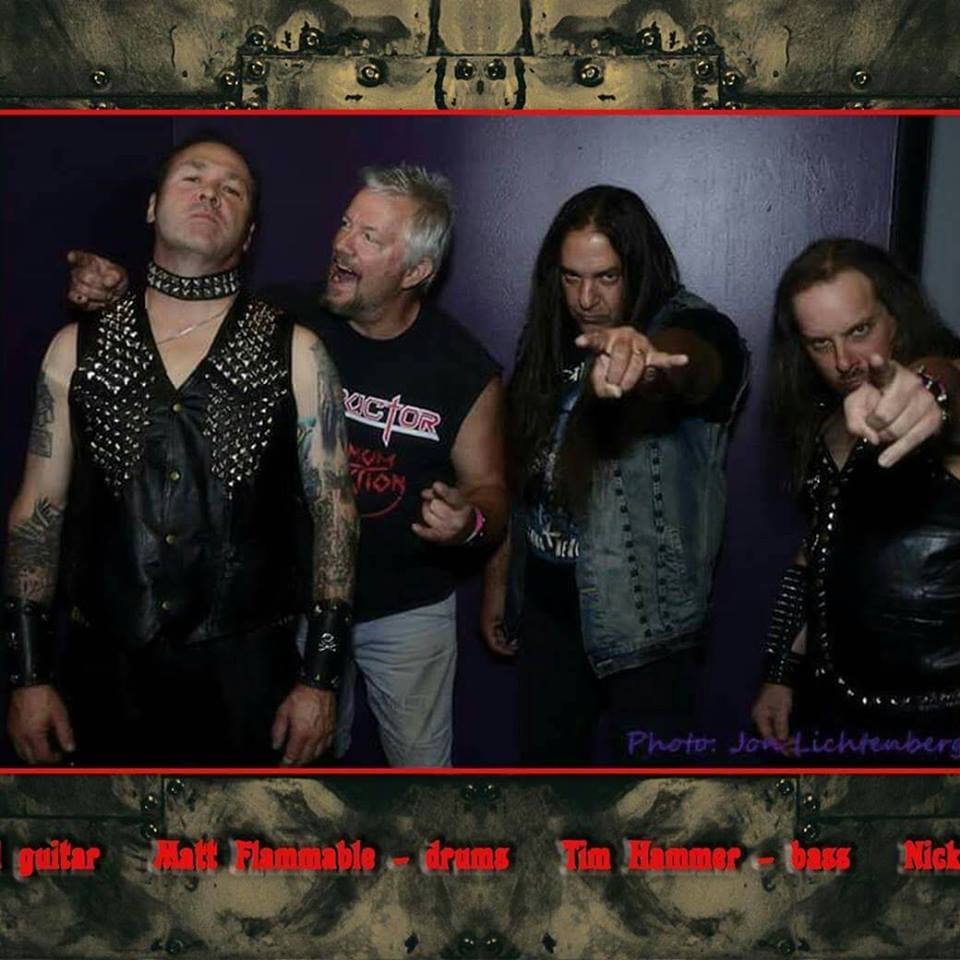 An interview with Frank Stover from the German publication Snake pit magazine brought newfound interest to Destructor. After that interview the band realized there was still a fan base for our music and we had a meeting and decided to have another go at Destructor.

– Though the songs we hear on the album were written back in the 90’s, the whole record was recorded in the 90’s and then rerecorded in 2001 so, why did you decide to finally release so many years later?
After the band re-united in 2001 we knew we had so much unfinished business with our past. The first thing we did was save money and go into the studio and record the songs written in 1986-1987. Destructor had a licensing contract with Listenable at the time for Maximum Destruction but the french label did not seem interested. Destructor then began working with Auburn records again and we knew at that time we should wait on the release of the older material and get to proving that we were back instead of relying on our past. Sonic bullet was released in 2003 and Destructor continued to write songs for another new record Forever in leather. The band had hoped that Auburn records would release the Back in bondage but that never happened.

– «Back in Bondage» features some of the final songs written by Dave, so I guess this is also somehow a significative album on an emotional level for you, is it?
It isjust that. Back inbondage is something that should have been released years ago but the fact that it’s out there now is all that counts. It’s some satisfaction and closure to the 1980’s Destructor.

– Musically «Back in Bondage» is a progression compared to «Maximum Destruction», with lengthier and somehow more epic songs. Was this a direction you consciously wanted to took? Did you want to somehow show you could evolve and not just repeat yourself? How do you think was the evolution from your first album to the songs on «Back in Bondage»?
The band really wanted/needed to prove that we were able to do more than our first record. We were more than just a one trick pony. This was where heavy metal was heading back then.

– Anyway the last track on «Maximum Destruction» was «Bondage». So is titling the album «Back in Bondage» a way to build a bound to your debut album?
Exactly. The record was intended to be titled Decibel Casualties but after all of those years passed I thought we should tie this record more into our past hence the title Back in Bondage.

– Some of the songs we find on «Back in Bondage» were already featured on the «Sonic Bullet» EP. Why did you decide to do so?
Auburn records asked for one song from that session to use for sonic bullet, which really was intended to be an e.p. but they decided to use 2 songs. I really wanted to keep that session whole but we made some consessions to keep things moving.

– All this about «Back in Bondage» being said; how could you describe it in just 3 words?
OLD SCHOOL POWERTHRASH.

– If I’m not mistaken there will be a vinyl double edition of the album coming out in May. Will it have any special details (cover, layout, etc.)?
I’m not sure about any special layout packaging but it will contain a 12” and 7” vinyl record. The first edition is said to be black vinyl but I believe the second pressing will be different colors.

– Some time ago I read you were finishing up your next album, «Decibel Casualties», in which you have been working on for some time. Is there any approximate release date yet?
Yes, the record is almost finished being mixed and we are looking for a Autumn release on Pure Steel records.

– And apart from this I also read you have songs written for your third album with Pure Steel. Is there anything you could already tell us about it?
The third record has yet to be titled but the songs are near completion and we are looking to start recording this summer. This would be a 2017 release. The songs have been written by Nick, Tim, Matt and myself and are very aggressive and melodic.

– It seems like you are through a really productive and creative time with DESTRUCTOR, so I guess the new line-up may be working really good?
Yes , we are very happy. Having a great band to play live is one thing but the chemistry we have lends it’s self to being very creative and the song writing has gone very well. We are a team of brothers that are ready to take on the world. 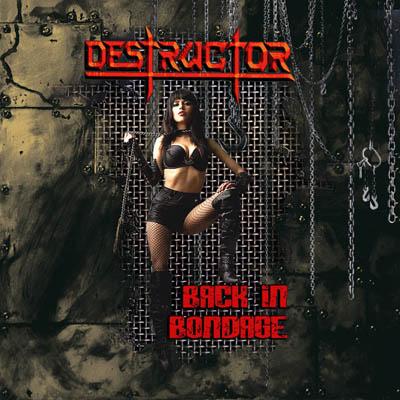 – And finally what are your near-future plans? Can we expect more shows and albums?
Destructor plan to finish writing and recording and in that time we have bookings in  Canada as well as Milwaukee Wi. Chicago Il and Cleveland Oh. It’s a matter of wait and see for the band and the fans. Destructor are hoping for continued interest and success and that will only bring more show offers and possibly some short tours.

– That’s all, thank you once more for answering our questions. If you want to add some final words; feel free to do it.
Thank you, Queens of steel, so much for the support of Destructor and the interesting questions. Thanks to all of the fans worldwide that have shown us what real metal fans are all about.