– Hello, thanks for your time. What’s currently the band up to?

Hi! We are just about to start rehearsing for next year’s shows. We decided to take a brake after completing the recordings of the new album. It was such a long and sweaty process that we really needed some time to get back to normal again. No shows, no rehearsals at all. Now we are eager again to go on stage and show the new album to the audience.

Well, it’s quite a long story and I don’t want to go into too much details. I formed the band almost exactly 18 years ago. We have seven albums, an EP and two DVD releases. If anyone is interested in more details can find extensive information on the internet.

– And what meaning does «Sear Bliss» have both for you personally and for your music?

If you mean the name of the band itself, then I’d say I’m not really happy with that now. At the time I formed the band I was really into poetry and this name was found in one of the poems of Charles Baudleaire, if I remember well. I think I would choose a more powerful name now but it’s too late. Still, in some ways it represents what our music is about. 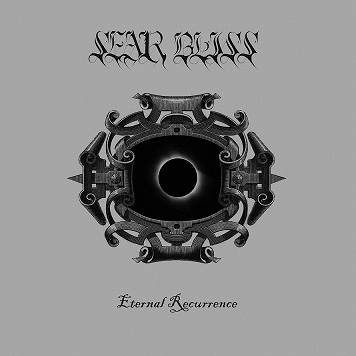 – You have recently released your new «Eternal Recurrence»; how’s its feedback going so far?

Actually it is going to be released on the 23rd of January, so this question is not fully valid at the moment, however the reviews I read so far are really good. It seems people didn’t expect this type of music from Sear Bliss, so they are surprised. This is what I expected though. It’s not an easy album, one has to listen to it many times and there are many unusual musical experiments on it. I can imagine that some people will dislike it but on the other hand those who are open for fresh and unusual things might find it interesting.

– How could you desribe this new piece in just a few words?

– Your music has never been conventional; you sourround your sound with atmospheres that built feelings and different emotions; where do you draw inspiration from for such ambients?

I think, most of the inspirations come from inside. What you can hear on our albums, especially on this new one, is the soundtrack of our souls and what lies deep inside of us. Also, we believe innovation is a lot more important and interesting than copying others, so when we create music we don’t want to be surrounded by boundaries and we always try to explore new paths.

– Each album you release is simply superb and really recognizable, each effort has its own identity. Is this something that comes naturally or is not repeating yourself something you aim for?

I think it is because we are always expressing our actual mood and feelings with our music and as it is changing all the time, our music is changing with that too. 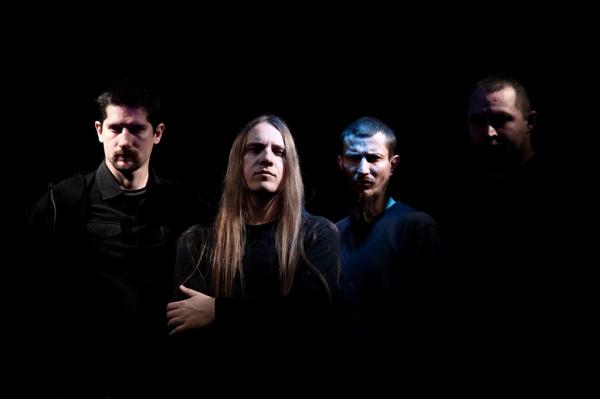 – In this album structures are, once more, excelent. Moreover the general songwriting seems to be rally well-cared, both for those great structures as all the changes in each tune and the different elements you are constantly adding to your songs. That’s why I would like to know how was, or how does it tend to be, the songwriting process like in SEAR BLISS.

Thank you for your compliments. On this new album we really cared about and focused on the structures of the songs. Each tune has its own place and we really spent a lot of time on songwriting. This time all the songs were born at home and nothing in the rehearsal room. That way we had enough time to experiment, try out different things and therefor the whole songwriting process was really exciting. On the other hand, I have to mention that the personal experiences we had prior to and during the writing process contributed a lot to the result and the whole atmosphere of the album.

– This well-cared songwriting makes the final outcome really enjoyable and dynamic; is this soemthing important for you? Specially considering your tracks are not really the shortest ones.

Oh yes, absolutely. If you write long songs, then they can easily get boring, so you have to know how to build it in the right way. If you listen to the songs carefully on this new album, you can hear there are a lot of changes in the dynamics and moods which make the songs more interesting. It was very important for us to create songs that are exciting and powerful in every way.

– As I said before, your music has a huge personality and its really hard to stick it into one single genre, as I think you have nuances to different music styles. What are the main musical influences of the band?

Like I said most of our influences are coming from our soul, mind, counscious and subconscious. As far as the musical influences concern, it is really difficult to answer that as we are completely different personalities in the band, with different inspirations. Maybe this personal diversity gives the uniqueness of our music.

– I think this time «raw» (or classical Black Metal parts) sound more raw, do you think this has something to do with the production you had this time? Would you mind to elaborate a bit?

To be honest, we don’t care how other bands or genres sound. We wanted a really powerful production which fits perfectly to the songs of the new album. Our producer, Viktor Scheer did an amazing job and I’m really satisfied with that. We spent quite a long time to find the right tone for each instrument and get a bombastic overall sound.

– Could you shed some light on some of the lyrical ideas covered on «Eternal Recurrence»?

Lyrically, this album is totally different compared to its predecessors (musically too). The lyrics are rather philosophical this time. I tried to write them not really on a personal but on a higher level. These lyrics are dealing with the quest for the unknown. 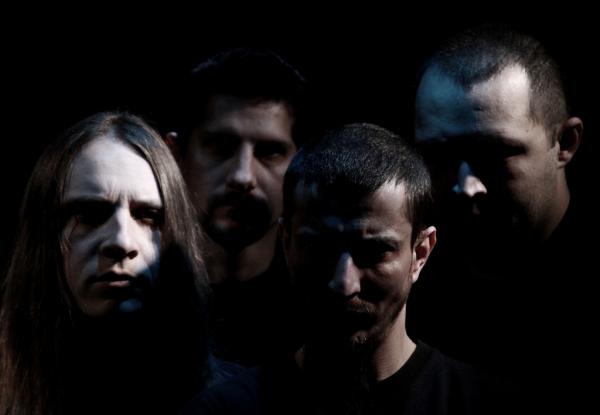 – And what about the artwork’s meaning?

The artwork is in strong connection with the lyrics and the whole concept of the album. I don’t really want to go into details on this because it has a mysterious aspect which can mean so many things. The listener can use his/her mind and imagination while watching it.

– The band has had several line-up changes throught these years of existence, in fact for this new opus we can find again guitar players Csaba Csejtey and János Barbarics and drummer Olivér Ziskó; classic members. Is like going back to your roots or was everything spontaneous?

Both, actually. It was interesing to go back a little bit to our roots. The beginning of Sear Bliss has always been an important part of my life, so I was really happy to play again with the guys with whom we started the band. On the other hand, I needed members for the band after the departure of the other guys, and I didn’t want new people and the first thing was to ask my old mates if they are interested. They were, so it was quite spontaneous as well.

– You have a new member as well, Balázs Bruszel, sepcially curious as he’s a trumpestist. How did you come up with the idea of adding this new instrument for SEAR BLISS?

We use trumpet since the very beginning of the band, so it was nothing new to us. We were looking for a brass player who is into metal but can play his instrument very well. Balázs was a perfect choice. He is an amazing player and a very cool guy.

– And this being said, do you think this looks like a more stady line-up?

Well, you never know… But for sure, we are friends, we enjoy playing together, the chemistry among us is perfect, so I’m happy now. 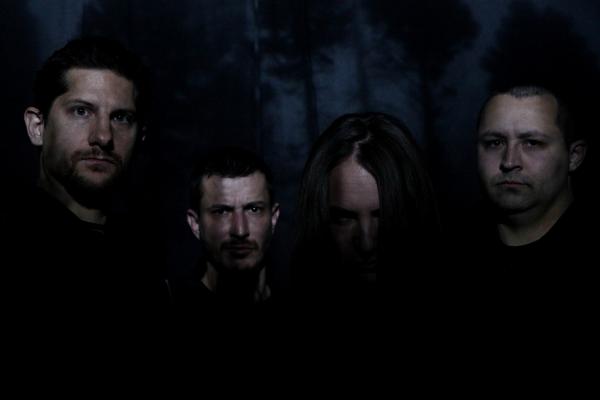 – You have always got overwhelming reviews; is this bonus motivation or maybe it creates that certain degree of pressure that could become negative at the end?

I don’t think it’s motivating and not a pressure either, mainly because we write our music for ourselves. We are not a famous band with high expectation, so we are free to do anything. Not even our label put any pressure on us when creating a new record. This new album is the perfect example of the fact that we can do anything we want. This artistic freedom is the key to our music.

– After all these years with SEAR BLISS (almost 20 years); what have been the best and worst moments?

This is a difficult question to answer. The best moments for me were around the era of our first album. It was quite a huge success as a debut and things happened so quickly. At the age of 18 things looked completely different. It was great to go on a European tour at that time and the whole scene was so different back then. I liked those times. By the way, also this new album definitely belongs to the best moments of the band. I believe this represents a new era, a new chapter for Sear Bliss. I find it an important virtue to be able to make a renewal after almost 20 years. As far as the worst moments concerns, well there were some. For example, the split up of the original line-up in 1997 was absolutely a shocking moment for me and I know we made some bad choices during these 20 years of existence but we always learnt from our mistakes and that’s really important. We never gave up and we are still here, more eager than ever before.

– And what would you like to get with theband you haven’t yet?

Well, we have no high expectations. We would like to go on tour with this new album under normal circumstances and we want to continue writing and releasing albums because we need to express what we feel and what lies inside of us.

– You are hailing from Hungary, a country that doesn’t seem to have a really big or well-known Metal scene; is it difficult to succeed outside Hungary?

It was rather difficult when we started the band. Actually we were the first band from Hungary in the metal scene which succeeded in releasing an album internationally, so it was kinda opening a door to international recognition and since then quite a lot of bands had the opportunity to do the same, though it’s true that Hungary doesn’t have a huge metal scene.

– Finally, what are your near-future plans?

Right now we are looking for a good tour offer to support our new album and we also plan to have a couple of shows in Hungary.

– That’s all from our side, thanks again for your time. Now feel free to add some final words.

Thanks for the interview and interest in Sear Bliss. I hope people who are into the darker side of experimental metal will give a chance to Eternal Recurrence. Cheers!